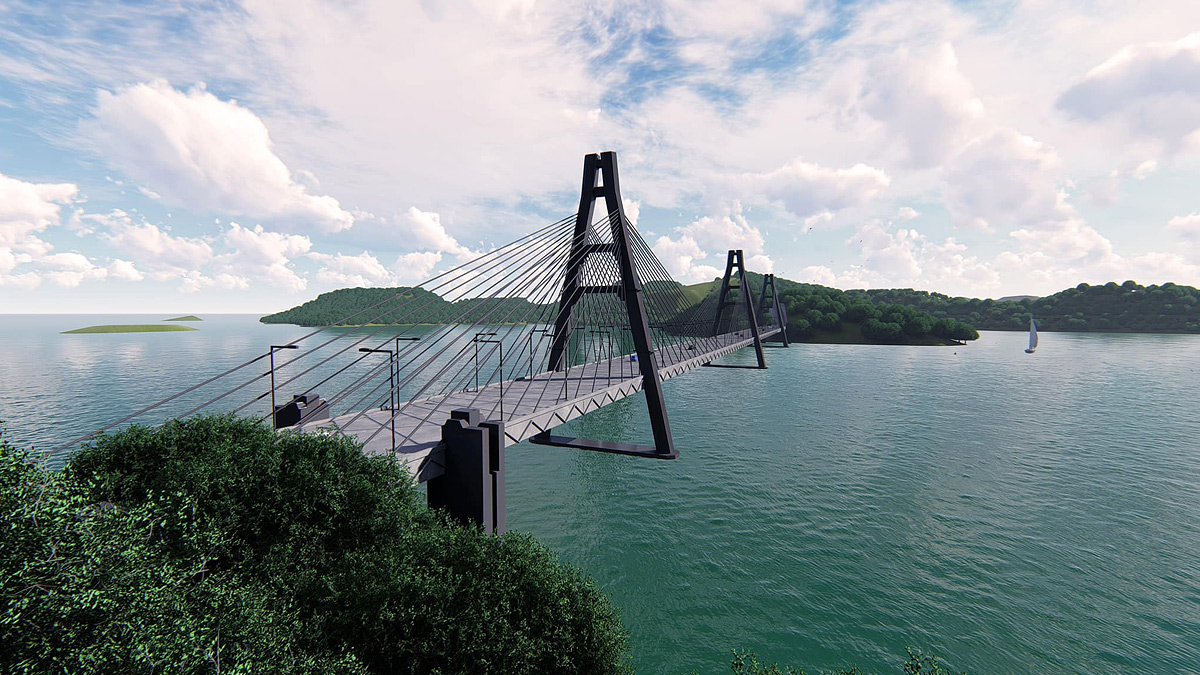 It's within a five-kilometer radius of underwater attractions in Palawan.

(SPOT.ph) Palawan has been hailed time and again as one of the world's best islands and is often considered the last frontier because of its pristine beaches, beautiful islets, and untouched limestone formations. Its underwater attractions are a destination on their own; especially Coron, which is home to impressive sunken wartime ships, colorful coral gardens, and rich marine ecosystems. And it's exactly this reason why a group of concerned citizens, mostly local divers, created on online petition to stop the construction of the Coron-Culion Inter-Island Bridge in Palawan.

The Department of Public Works and Highways on March 6 had a groundbreaking ceremony for the Coron-Culion Inter-Island Bridge. According to the Philippine Information Agency, it is projected to be 20.60 kilometers in length, connecting Barangay Bintuan in mainland Coron to Lusong Island (also part of Bintuan) and to Marily Island in Barangay Jardin in the municipality of Culion. The infastructure project is also poised to support tourism in the area, according to the report. It has an allocation of P4.2 billion from the national budget.

Interactive Google Map: Location of Coron-Culion Inter-Island Bridge (in blue) and nearby dive sites (in red) (Note: This is based on an indicative map from Bintuan/DPWH.)

The petition against the project, which was launched on March 9 through Change.org, said that "heavy sedimentation, dredging, and making roads connecting islands to mainlands [during the construction] will kill nearby reefs and damage shipwrecks which are popular destinations for tourists." This includes Lusong Coral Gardens and Lusong Gunboat Shipwreck on the coast of Lusong Island,  which according to plans would be traversed by the bridge. Other shipwrecks that are within a five-kilomter radius of the project are: Irako Shipwreck, Olympia Maru Shipwreck, Kogyo Maru Shipwreck, East Tangat Shipwreck, and Akitsushima Shipwreck—all World War II shipwrecks that are treasured by divers all over the world.

Aside from destroying the shipwrecks, the petition added that heavy sedimentation, run-off, and silt from the construction can also lead to coral bleaching. This basically results in damaged and dead reefs and the eventual loss of marine life, which is the main source of livelihood among locals—whether fishermen or tour operators.

In an exclusive video conference with Summit Media, Department of Tourism Secretary Berna Romulo-Puyat revealed that her office wasn't consulted by the Department of Public Works and Highways (DPWH) regarding the Coron-Culion Inter-Island Bridge project.

"I've been always into sustainable and responsible tourism. I've always been pushing for sustainable tourism. Now with the DPWH project, I understand [that] they always have to ask all the different other agencies such as the Department of Environment and Natural Resources. It's not like simply they can build, they have to ask first the local community if they're okay with it. We were not asked—Department of Tourism. But ako generally, anything in tourism—I'm the one who's been pushing for [less] carrying capacity; roads should not disturb the enviroment, it should protect the environment, it should preserve the tourist destination," Romulo-Puyat explained.

To support and sign the online petition "Save Lusong Coral Gardens and World War 2 Shipwrecks! NO TO CORON-CULION BRIDGE," log on to Change.org.

UPDATE (March 26): The interactive Google map has been updated to trace the location of the bridge based on an indicative alignment map from Bintuan/DPWH.

Staying In Coron Culion Palawan Travel Tourism Environment Online Petition Adventurer Savvy Seasoned Summit Sandwich Sessions
Your Guide to Thriving in This Strange New World
Staying
In? What to watch, what to eat, and where to shop from home
OR
Heading
Out? What you need to know to stay safe when heading out