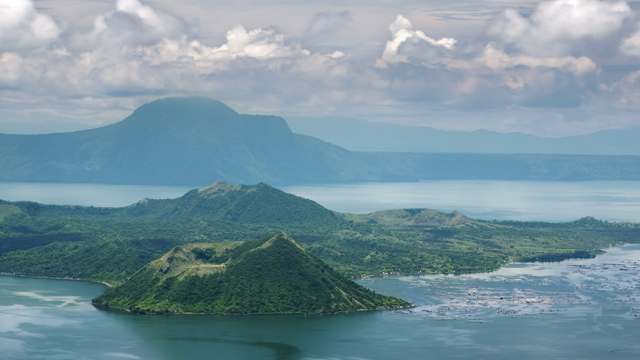 It remains on Alert Level Two.

(SPOT.ph) The Philippine Institute of Volcanology and Seismology on Thursday morning, March 25, released a "notice of elevated increase in seismic activity at Taal Volcano." In an interview with ABS-CBN's Teleradyo, Director Renato Solidum warned of the possibility of a steam-driven or phreatic eruption, emphasizing that being on the volcano island or even just on nearby shorelines is considered dangerous. Volcanic earthquakes, minor ashfall, and expulsions of volcanic gas also pose a threat.

Taal Volcano has been on Alert Level 2 since March 9 and has been under close monitoring and constant evaluation since. In the last week, the Philippine Institute of Volcanology and Seismology (PHIVOLCS) observed harmonic tremor, which is a sign of magma movement under the crust; large earthquakes generated from the island's deep regions; rising seismic energy release; and increase in sulfur dioxide gas emission. These parameters indicate a possibility of magmatic eruption.

The government agency "strongly recommends that entry into Taal Volcano Island, Taal’s Permanent Danger Zone or PDZ, especially the vicinities of the Main Crater and the Daang Kastila fissure, and occupancy and boating on Taal Lake, must be strictly prohibited," according to their notice.

It can be remembered that Taal Volcano was on Alert Level 4 on January 12, 2020; then released a lava fountain in the morning of January 13, 2020. Ashfall reached as far as Metro Manila, while volcanic ash blanketed the whole Taal Volcano Island. People have been evacuated, but horses used for tours and other animals were left behind. There were 39 recorded deaths during evacuation and disaster response, but not necessarily due to the phreatic eruption.

Staying In Taal Volcano Batangas Phivolcs Adventurer Savvy Seasoned Hard News Heading Out
Your Guide to Thriving in This Strange New World
Staying
In? What to watch, what to eat, and where to shop from home
OR
Heading
Out? What you need to know to stay safe when heading out