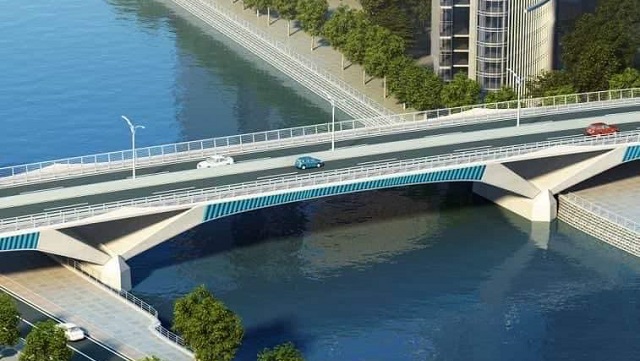 The Estrella-Pantaleon Bridge Will Be Completed This June

After more than two years.

(SPOT.ph) Works on the Estrella-Pantaleon Bridge over Pasig River will be done by June 2021, announced the Department of Public Works and Highways on April 5. This means that if all goes according to plan, motorists can take an alternate route to the Guadalupe bridge in a few months!

Pictures posted by the Department of Public Works and Highways (DPWH) in a Facebook post show the new and improved Estrella-Pantaleon Bridge, a.k.a. the old Rockwell bridge, with both sides fully connected. With progress on the bridge at 86%, DPWH Secretary Mark Villar noted that they are fully aware that a single COVID-19 case may affect the whole operation. "It is critical that construction firms be proactive rather than reactive in dealing with the increased risk of illness from COVID-19," said the DPWH.

Here's What You Should Know About the Estrella-Pantaleon Bridge

Progress is "more than 12% ahead" said the department, according to Undersecretary Emil K. Sadain. They are now working on the two-meter closure connecting the two bridge's sides, among others.

The Estrella-Pantaleon Bridge will replace the old two-lane steel structure, which Villar earlier explained to Summit Media was not meant to be a permanent one. The new bridge will span for 506 meters connecting Estrella Street in Makati City to Barangka Drive in Mandaluyong City and will have four lanes along with three-meter sidewalks on each side. The P1.46 billion bridge was repaired through a grant from China.

Take a look at an artist's rendering of what the finished bridge will look like. When it opens, the new Estrella-Pantaleon bridge will be able to accommodate 50,000 vehicles daily and cut travel time between the two cities down to 12 minutes. Ideally, this will be one of three bridges set to help decongest EDSA.

Adventurer Savvy Seasoned Department Of Public Works And Highways Dpwh Estrella-pantaleon Infrastructure Heading Out City Life
Your Guide to Thriving in This Strange New World
Staying
In? What to watch, what to eat, and where to shop from home
OR
Heading
Out? What you need to know to stay safe when heading out