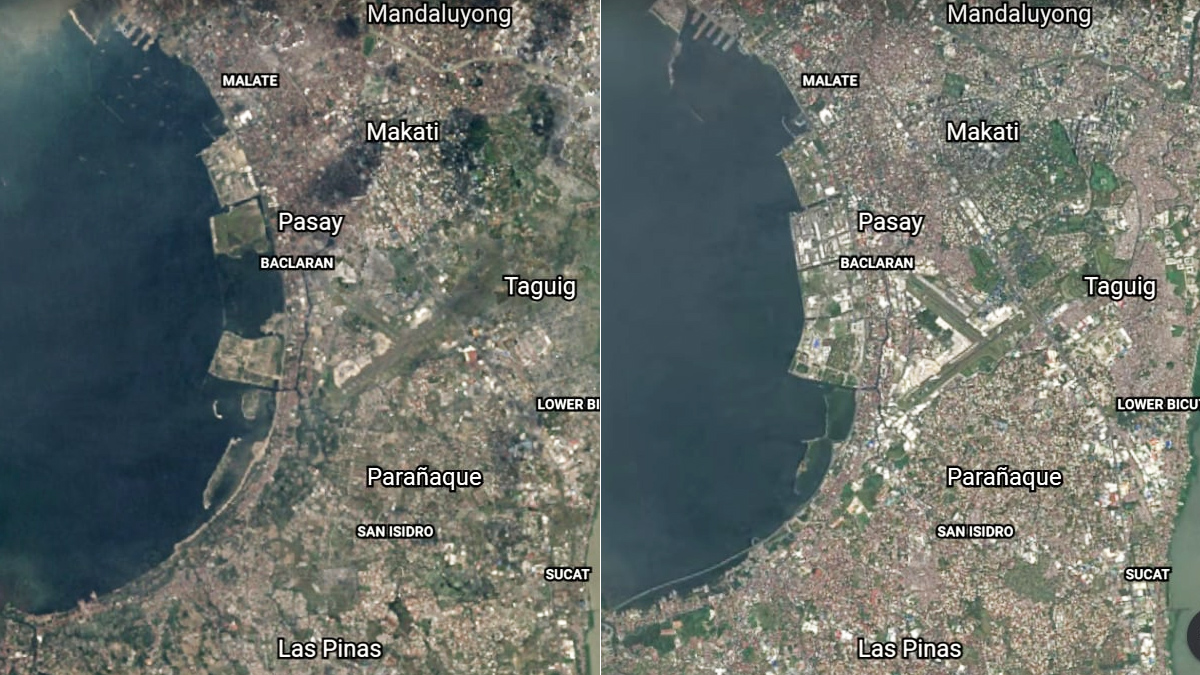 (SPOT.ph) We've heard all about it through nature documentaries. Planet Earth is not the same as it was before: glaciers are melting, forests are thinning out, and oceans are drying out. The Philippine topography has undergone major changes in the last four decades as well, and you can see this yourself through Google Earth's newest feature. Launched over the weekend, Timelapse in Google Earth lets you see the year-on-year changes in terrain in any location on the planet since 1984.

You can also zoom in on Metro Manila and nearby provinces to see how rapid urbanization has affected our coastal areas, once verdant hills, and our rivers. According to the 2015 Census of Population by the Philippine Statistics Authority, the Philippines has 100,981,437 people with the concentration in Region IV-A at 14.41 million and the National Capital Region at 12.88 million. Those numbers were recorded in 2015, so you can just imagine just how much that has grown in the last six years.

This rapid urbanization isn't just seen in the Philippines' capital. Urban growth in Dalian in China, Las Vegas in the U.S., and Naypyitaw in Myanmar are also highlighted in Google Earth's Timelapse. You'll also see the receding glaciers in Alaska, continuous mining in Alberta, the drying of the Aral Sea in Uzbekistan, and coastal expansion in Dubai.

Dubbed "the biggest update to Google Earth since 2017," the Timelapse feature was compiled through 24 million satellite photos that were stitched together into one interactive 4D experience. It lets you zoom in and zoom out on a location (the same way you would use Google Map or Google Earth) and see how it looked year-on-year in the past 37 years.

You can explore it through either g.co/Timelapse or Google Earth's storytelling platform Voyager for interactive guided tours. More than 800 Timelapse videos are also uploaded through their YouTube channel.

"With Timelapse in Google Earth, we have a clearer picture of our changing planet right at our fingertips—one that shows not just problems but also solutions, as well as mesmerizingly beautiful natural phenomena that unfold over decades," explained Google Earth Director Rebecca Moore in a statement published on April 15.

Hot Stories You Might Have Missed
CONTINUE READING BELOW
Recommended Videos