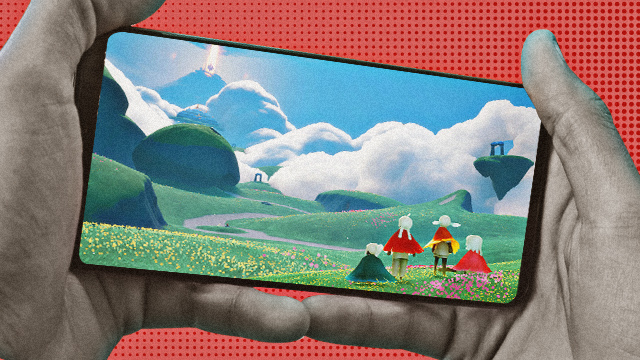 (SPOT.ph) If you're into all things aesthetic, here's a game suggestion that goes beyond being a visual treat. Sky: Children of the Light is a role-playing game by developers thatgamecompany inc and one of Google Play’s best indie games of 2020. Aside from its rep as one of the most aesthetically pleasing gaming apps right now, it is also said to have excellent sound design that goes perfectly with the player's journey. Take a break from the mainstream gaming scene and get ready to gain new XP in this dreamlike world.

Check out what Sky: Children of the Light has in store:

Flying is the name of the game

We've mentioned how Sky is aesthetic is—and boy, does Sky go above and beyond in that department. The game’s style will remind you of other indie games such as Journey (made by the same developers) and Monument Valley, which are well-loved for their visuals.

In this 3D-platform game, you must fly your way toward different worlds and complete your mission—restore the stars to the heavens. As you finish your objectives, you can share awe-inspiring moments with other players.

Sky has different worlds such as floating ancient islands, freezing wastelands, and enchanted forests. Each world looks as soothing to the eyes as the next. Of course, there are missions and puzzles that you need to finish in each world.

The shadowy figures you see along the way are other players. There are missions that can be completed alone but there are also some that require two or more. You’ll see them often because they are walking (or in this case, flying) the same path as you and doing the same missions. Unlike other games where co-op feels forced, Sky makes co-op feel like shared experiences and moments with limited but meaningful communication (more on this below). Pro tip: Finishing the game’s multiplayer missions will give you a secondary ending to the game.

One of the most bizarre things about the game is that you cannot chat in-game or turn on your device’s microphone to communicate. In the game, most interactions are done when you share the flame of your candle with other players or take the hand of another player’s avatar. In a way, it promotes digital and social interaction with zero to minimal toxicity. Pretty awesome, right?

Upon sharing your candle, the other player’s avatar will become visible. Spending lots of time with that player will enable you to give him or her a nickname and make it easier for you to see him or her in the in-game crowd.

Up to eight players can gather and join hands. This group will be led and guided by a leader across the land or through the skies. You can also break off whenever you want to from the group.

Your character can learn various gestures as you trace the steps and learn the story of the “ghosts of those who came before.” You can then use these gestures to communicate in-game and make the interaction more emotional and genuine.

Sky is free to play and download for both Android and iOS, but its Nintendo Switch version is said to be coming this year. In-game purchases will give you access to alt hairstyles, rig-out, and in-game emotes. Fly away, player!

You can check out the trailer to see what the game is like:

Sky: Children of the Light is available on iOS and Google Play.

Adventurer Savvy App Mobile Games Staying In Game App Tech Con-00263 Greener Gaming
Your Guide to Thriving in This Strange New World
Staying
In? What to watch, what to eat, and where to shop from home
OR
Heading
Out? What you need to know to stay safe when heading out