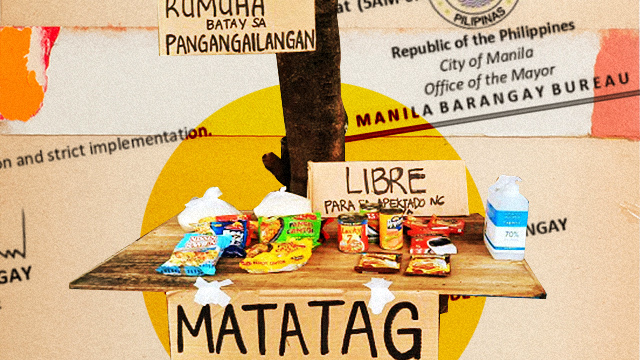 How to Start a Community Pantry, According to the DILG

From red tag to red tape.

(SPOT.ph) Twenty-six-year-old Patricia Non started a movement that was replicated in various barangays all over the Philippines: a community pantry that's ready to accept donations and give away free food and essentials to those in need. Setting up one is easy, you just need to put a cart of sorts in a foot-traffic heavy area, provide pantry staples, and trust on the goodness of people to drop off supplies and take only what they need. But Department of the Interior and Local Government Undersecretary Martin Diño now also wants you to secure a permit from your barangay or mayor's office before putting up a community pantry.

On Tuesday morning, the Maginhawa Community Pantry had to stop operations after organizer Patricia Non revealed incidents of red-tagging. According to her post, local police have been hounding her and asking about her involvement in leftist organizations; official Facebook pages run by the National Task Force to End Local Communist Armed Conflict and the Quezon City Police District are claiming that communty pantries are being used to recruit members for the New People’s Army. People who have been lining up since 3 a.m. hoping to get some food were asked to go home.

Heading Out Adventurer Savvy Seasoned Community Pantry Dilg
Your Guide to Thriving in This Strange New World
Staying
In? What to watch, what to eat, and where to shop from home
OR
Heading
Out? What you need to know to stay safe when heading out