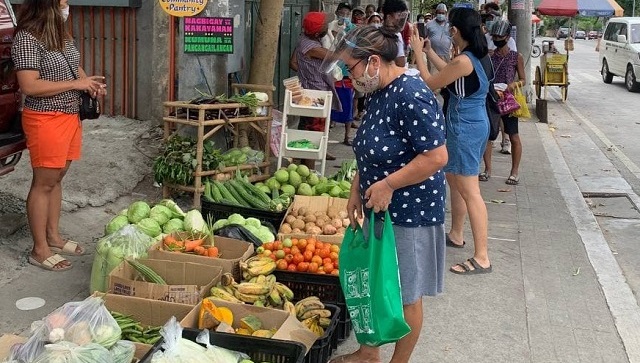 He and Rex Gatchalian have spoken up on community pantry "permits."

Mayor Rex Gatchalian of Valenzuela City also declared on Facebook the same day that permits are not needed, adding, "If somebody gives you trouble let me know... ako bahala sa kanila."

Both mayors clearly stated that no permits are necessary when setting up a community pantry. Gatchalian reminded folks to adhere to the health protocols while Sotto commended those who have joined the effort. "Government has limited resources, so any effort to help others is very welcome," wrote Sotto.

The Pasig mayor shared a few pictures of their local community pantries, amounting to around 30 outposts. More than a hundred sprang up in Metro Manila alone, with more across the nation, after news of the Maginhawa one went viral.

The confusion over why a profit-free effort would need a barangay permit was heightened by the recent alleged red-tagging of the community pantries. Patricia Non, who started the first community pantry along Maginhawa Street in Quezon City had to pause operations on April 20 amid rising tension.

Adventurer Savvy Seasoned Vico Sotto Rex Gatchalian Pasig City Valenzuela Community Pantry Staying In Heading Out Hard News Followup Hard News
Your Guide to Thriving in This Strange New World
Staying
In? What to watch, what to eat, and where to shop from home
OR
Heading
Out? What you need to know to stay safe when heading out