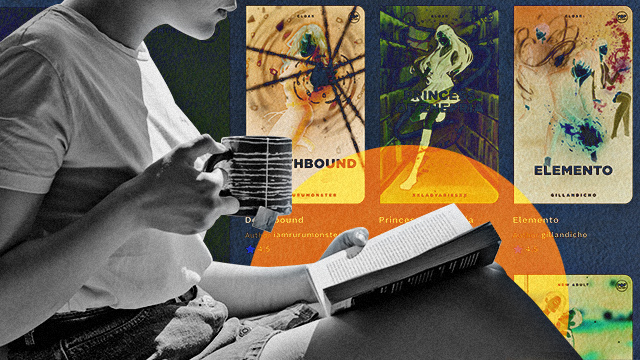 For Pop Fiction, the Future of Books Is a Developing Story

The only way to know what happens next is to flip to the next page.

(SPOT.ph) The future of books has always been the subject of much debate. As early as 2007, questions like “Do people still read?” and “Is print dead?” were already making their rounds, both online and offline, in book-club sessions between friends as well as in investor meetings behind closed doors. Every so often, these same questions are revived and rehashed to suit the times, and while some of the variables change, the question remains the same: How do you stay relevant in a world that is constantly evolving?

Pop Fiction, an imprint of Summit Books, is no stranger to these discussions, having weathered its fair share of challenges through the years. And if some of these are more unprecedented than others, well, thankfully, this isn’t Pop Fiction’s first rodeo.

In 2013, Pop Fiction released its first official novel called Operation: Break the Casanova’s Heart by alylooney. Like its wildly successful predecessor, She’s Dating the Gangster—a book that became a hit film starring Kathryn Bernardo and Daniel Padilla—it was originally published on Candymag.com before it was edited, proofread, and published for print.

And like its predecessor, Operation: Break the Casanova’s Heart was also a bestseller.

While this was clearly cause for celebration, it set the bar very high. In addition, there were also numerous concerns the team was wrangling with behind the scenes. Deputy Group Publisher Koko Ko recalls worrying about finding authors who wouldn’t only entrust their work to a new imprint, but also allow other people to make edits. There were also real issues about viability and feasibility. Would readers buy the books if they could read the stories online for free? Were the books affordable enough for young readers, but capable of sustaining the imprint?

There were more questions than there were answers, but while there was a lot of trial and error, Pop Fiction eventually found its foothold in the industry. Relationships between authors, editors, and readers developed. Best practices were put in place. Film and television contracts, book signings and events, and overseas opportunities—some titles were licensed by Indonesian publisher Haru Penerbit—kept the team busier than ever.

As Pop Fiction grew, so did its storytelling. In 2015, the team released The XL Beauty by superjelly, a love story that featured a plus-sized protagonist who makes no apologies for her size nor her sass. Other titles featuring LGBTQ experiences such as The Bathroom Love Affair and Tibok followed.

Historically, books with romantic themes have always been popular, and for good reason. As singer-songwriter Ingrid Michaelson puts it, “Everybody, everybody wants to love. Everybody, everybody wants to be loved.” However, the editors behind Pop Fiction also understood that to stay ahead of the curve, and perhaps, ahead of the perpetual question mark that always seems to trail after the industry, they needed to explore other storylines. After all, they were readers themselves.

A new genre called Cloak—one that covered fantasy, adventure, and even horror—was born. It was a gamble, but the so-called “what if” project paid off, resulting in a well-loved series called The Ceyla Chronicles, which was originally conceptualized by the Pop Fiction editors. It resulted in four books.

For the team, anticipating what readers want to read next is a tricky endeavor and is a balance between taking a leap of faith and looking to external influences for cues. “We look at the news, the things happening in real life, the movies that come out,” Ko elaborates. “That can lead us to their concerns in life rather than taste, I would say. But whatever changes Pop Fiction goes through, we want and hope that we can still make it light and fun.”

A great deal of the storytelling has also always hinged on the art, which found itself evolving alongside the authors and readers of Pop Fiction. “When Pop Fiction was still in its early years, the cover illustrations were drawn in a cartoon or anime-like style with a watercolor effect in coloring, and it also had two black and white illustrations inside,” shares James Andres, Pop Fiction’s art director. Over time, it has evolved into a more modern look that doesn’t just match the tone of the colored inside illustrations, but also the growing art styles of the illustrators themselves.

While the idea of storytelling continues to change shape for Pop Fiction, other challenges threatening the future of books have also cropped up. Despite its roots in the online community, Pop Fiction found itself navigating a rapidly changing digital landscape that permeated nearly all aspects of the book publishing process.

In early 2020, just as COVID-19 cases in the Philippines were on the rise, the imprint began doubling down on efforts to distribute its books through e-commerce partners, Shopee and Lazada. While Pop Fiction’s sales operations were able to transition as smoothly as they could given the circumstances, the situation inevitably led them to the next logical step in the book publishing cycle: the expansion to e-books.

“Right now, books published from 2016 to 2020 are available as e-books,” says Ko. While Pop Fiction readers still prefer buying hard copies because they collect them, e-books have made it easier for Filipino readers around the world to get their hands on the latest releases.

Pop Fiction has taken the concept a step further with PopFictionBooks.com, a website that originally served as an online catalog of the books. It is now a full-blown community of authors, artists, and readers. Aside from being an e-commerce website, it also produces relevant content for the readers. Members can access free stories, read relevant articles, see updates from their favorite authors and artists, and even send their manuscripts directly to the editors.

The words in a book or the nuances in the illustrations are sometimes as good as a direct line to the authors and artists themselves, but the experience of meeting them in real life and connecting with other like-minded individuals has always been an important aspect of being a Pop Fiction fan. In the past, this need has been met by book launches and signing events and segments in literary events such as the Manila International Book Festival. In fact, in 2019, the last Manila International Book Festival (MIBF) to be held in person, participants for Pop Fiction reached nearly one million.

With the pandemic, much of the Pop Fiction experience has already been moved online. Followers of Pop Fiction on social media would know that the imprint frequently hosts live streaming events though apps like Kumu and Calamansi, and while there is a lot to be missed from the live events, these online initiatives have also brought a new dynamic to the community.

In a recent Calamansi talk, Pop Fiction invited audiences to a session with the authors of Say You Love Me, where fans of the book were able to take the stage, so to speak, and engage with the writers directly. “It’s a new way for authors and readers to interact,” says Ko, “but we are also hoping to get new readers; users who are in the app who are not Pop Fiction readers might discover these authors.”

Readers who are members of the Pop Fiction Book Club, a Facebook community that’s moderated by the Pop Fiction team, have also found that they can now make their voices heard more than ever.

“[The] kids are very active in helping other readers out,” explains June Sandoval, senior publishing assistant of Summit Books. Requests for recommendations, whether for new titles or those similar to what they’ve just finished, are eagerly met with suggestions of personal favorites. “They also enjoy sharing their collections especially on how they arrange their libraries.”

As different as the world looks like for Pop Fiction and its fans, many things have remained the same. The love that readers shower their favorite authors and artists as well as the community itself has proven resilient whether online or offline.

“It’s always exciting when you hear other people’s stories,” shares Sandoval. “Not just the manuscripts but the stories of the authors and the readers and how the books have touched their hearts.”

At present, Pop Fiction has published more than 250 books and worked with over 120 authors, and to this day, the future of books is still a question that comes up behind closed doors and investor meetings. However, for the experienced and hard-working team behind Pop Fiction, it is one question that they’ll never tire of answering.

SPOT.ph and Summit Books are both owned by Summit Media.

Con-00263 Adventurer Savvy Summit Books Pop Fiction Books Reading Affiliate Lazada Shopee Greener Reads
Your Guide to Thriving in This Strange New World
Staying
In? What to watch, what to eat, and where to shop from home
OR
Heading
Out? What you need to know to stay safe when heading out