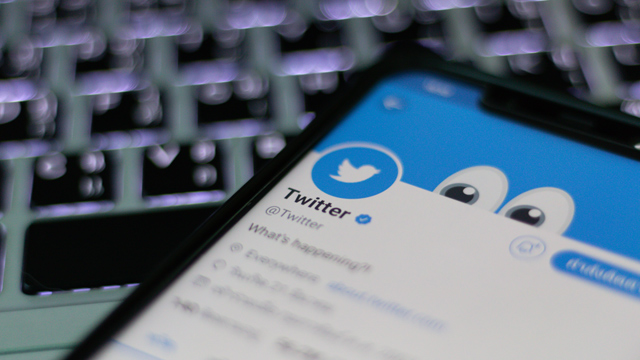 They're learning from the past.

(SPOT.ph) The 2022 presidential elections are creeping closer and closer. Tensions are already high and you can imagine that there would be trolls gearing up to wage war online—but it looks like Twitter is getting ready, too. An executive of the social network has already spoken up, saying that they are putting their "best foot forward" when 2022 comes around, bringing all its campaigners with it.

"We have now built a muscle memory on elections," Twitter Southeast Asia managing director Arvinder Gujra said in an exclusive interview with ABS-CBN News. They are setting up a template so that, "at least on our platform, we are able to present perspective; a healthy conversation on elections."

Gujra assured that there are teams designated to work on these efforts, taking into account the things they've learned on previous elections.

That social media holds sway on public opinion is no longer a debated idea. It has become part and parcel of living in the digital age. As Gujra says, Twitter is learning from past elections in order to make discussion online about the next ones less of a well, shitshow than it normally is.

The controversial 2016 U.S. elections, which saw Donald Trump take office, was reportedly directly influenced by a Russia-based troll factory (Read: the succinctly named "Internet Research Agency"). We know it sounds like a "B" movie plot, but in 2018, 13 Russian nationals were charged by Robert Mueller, special counsel for the United States Department of Justice, for conspiracy to defraud the U.S. after allegedly meddling in the presidential elections.

More than just national elections, fake accounts have also been used to sire general discord. In August 2019, Twitter suspended 936 accounts while Facebook took down seven Pages, three Groups and five Facebook accounts for "coordinated behavior" at the height of protests in Hong Kong. "Overall, these accounts were deliberately and specifically attempting to sow political discord in Hong Kong, including undermining the legitimacy and political positions of the protest movement on the ground," said Twitter.

On local ground, you might remember how in June 2020, Facebook users found several fake profiles claiming to be them—mostly students from the University of the Philippines. There's no saying what the goal of such acts were, or if maybe it was just to wreak havoc.

There's no word on whether Twitter can actually control the growth of fake accounts or raise an alarm when the Tweets are obviously "copy-pasted". Still, will take what we can when it comes to battling the trolls—especially when it comes to the presidential elections.

Adventurer Savvy Seasoned Hard News Twitter Elections 2022 Elections
Your Guide to Thriving in This Strange New World
Staying
In? What to watch, what to eat, and where to shop from home
OR
Heading
Out? What you need to know to stay safe when heading out