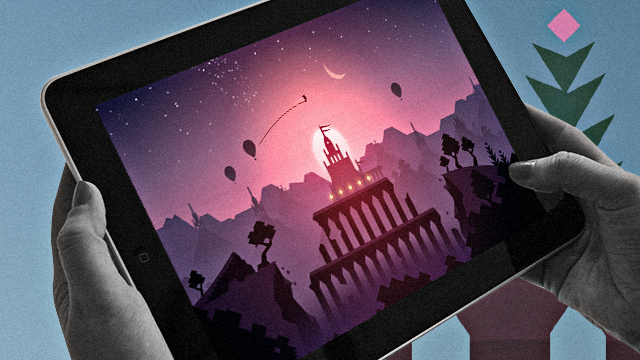 Add to that an OST that will make you feel all Zen.

(SPOT.ph) If aesthetically pleasing games are your cup of tea, you’ll be happy to know that there is a new indie runner game for you to check out. Indie game studio Land & Sea released Alto’s Odyssey: The Lost City on Apple Arcade, Apple’s premium gaming subscription service. It’s the third Alto release after Alto’s Adventure (2015) and Alto’s Odyssey (2018), but the first under the Land & Sea label—which is basically a formalization of the previously unnamed core development team behind the Alto series, according to a press release.

Similar to the first two games, The Lost City is an endless runner game that lets players control the titular character Alto and his friends—this time, sandboarding through undulating sand dunes set against fantastical backdrops. Fun fact: According to Land & Sea, many of the ideas that formed the basis of The Lost City were actually ones they had explored when they were developing Alto’s Odyssey but didn’t make the final cut! Lucky for us, we now get to see these ideas fleshed out and packaged beautifully into yet another gem of a game.

Alto’s Odyssey: The Lost City has stunning visuals, a relaxing OST, and more:

Fans of the Alto series will be comforted to know that while The Lost City has many new offerings, it’s still the same game they know and love. The major new feature of this particular game? The landscapes.

When you first play The Lost City, you’ll be welcomed by The Dunes. As you progress, you’ll be taken to three more “biomes,” each one vibrant, alive, and elegantly developed: The Canyons, The Temples, and The Lost City.

The game as a whole is definitely stunning; but you'd find yourself absolutely smitten, too, by the finer details like the smooth transitions to show not just the change of biome but also of the passage of time, and the dynamic effects to depict weather changes.

In The Lost City, players need to accomplish goals in varying levels of difficulty in order to advance levels, unlock new characters, and more. Though the missions vary, the “core” controls are pretty easy to learn and perform (though, one might argue, quite difficult to master).

Also read: This Immersive Game Is a Love Story Set in a Visually Charming World

More familiar tasks like collecting coin-like items and power-ups and avoiding obstacles like chasms and rocks are there—but we have to say, it feels even more exciting to have Alto perform neat individual and “chained” sandboarding tricks like grinding on ropes hanging between hot air balloons, bouncing on hot air balloons, ride rock walls, and glide in a wingsuit in order to earn more points with just one touch.

Although Alto technically goes on an adventure in The Lost City, the game is pretty chill—meditative, even. And it's mostly thanks to the original, handcrafted soundtrack, which helps put the player in the zone and play in a more relaxed manner. The music isn’t distracting at all, and matches each of the scenes perfectly.

As if the main game isn’t chill enough, The Lost City also offers a Zen mode, which features the same relaxing music but basically lets you glide through the sand dunes without the pressure of scoring points or “dying” in the game.

We recommend playing this game after an extra-stressful day or week at school or work—or whenever, really—and with earphones or headphones on to amp up your experience.

Check out this trailer for a peek at Alto’s Odyssey: The Lost City:

Alto’s Odyssey: The Lost City is available on Apple Arcade.

Adventurer Savvy App Mobile Games Staying In Game App Tech Con-00263 Gaming Altos Odyssey
Your Guide to Thriving in This Strange New World
Staying
In? What to watch, what to eat, and where to shop from home
OR
Heading
Out? What you need to know to stay safe when heading out