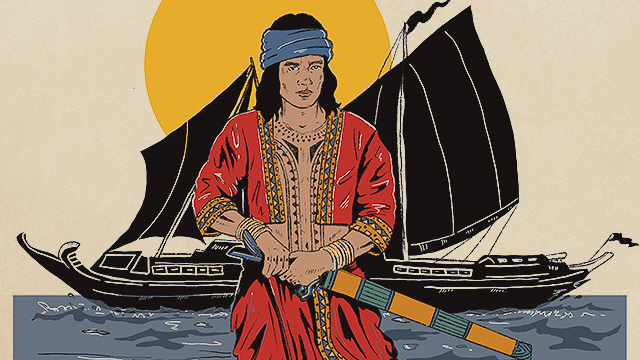 Move Over, Avengers: This Badass Pinoy Hero Can Take Down Hundreds With His Kampilan

He can also float on water.

(SPOT.ph) The recent Netflix adaptation of Trese revealed what we’ve always known: Philippine mythology is a treasure trove of the most fascinating stories. Our collections of legends, epics, and other folktales are as rich and as varied as our number of islands and different ethnolinguistic tribes. And when it comes to badassery, our local heroes are comparable to the superheroes of Marvel and DC—if not better. In Filipino, we call them "bayáni," mortals born with supernatural powers and strength that are comparable to gods and goddesses. These warriors are often on a mission to protect their people.

In the Ilocano language, they’re called "banwár." Among the Bogobo, Blaan, and Mandaya people, they’re known as "bagáni." And for the Hiligaynon, they’re called "baganihan." Heroes are often found in Filipino epics, which feature an adventurous narrative told through (very) long poetry.

One of the heroes in our local literature is Bantugën (sometimes pronounced and written as Bantugan) from the epic called Darangën. He is the celebrated warrior of the Mëranaw (sometimes spelled as Maranao) people, which is an ethnolinguistic group in the Lanao province in Mindanao. Their name means "people of the lake," where the lake refers to Lake Lanao found in the central part of Lanao del Sur.

Legend has it that Bantugën can fly in the heavens, walk on water, and breathe underwater for a long time. He also has the power to rule over all kinds of anito, a lineage of spirits that dwell in nature.

Bantugën’s preferred mode of transportation is a giant wooden ship, which can carry a whole town of warriors. His most prized possession is the kampilan, a single-edged sword distinct for its tapered blade that's broad and thin at the end. It sometimes has a spikelet at the tip.

As the second son of Tominaman sa Rogong and Lalawanen sa Solog, it is his responsibility to rule over Bembaran and protect his people. Bembaran, described as a city near a great river, was founded by Bantugën's grandfather. He has 12 brothers, three sisters, and seven sons. Two of his offspring, Sayana and Lomna, have their own tales of adventure and heroism in the Darangën.

According to a translation in The Journal of American Folklore, one of the adventures of Bantugën is a two-day journey in the valley of the Rio Grande de Mindanao. A huge hurricane carries the house of his sister named Alcat from the village of Bembaran to the seacoast, where it is seen by Spanish general Minda- lunu sa Tunu-Miducau sa da Uata. The general puts Alcat's house on the warship and takes her to Sugurungan a Lagat, where the king is named Dumakulay Amalana Dumombang Mapamatu.

When Bantugën finds out that her sister is captured, he tells his men to launch all his ships and prepare his brothers for battle. Upon arriving in Sugurungan a Lagat, the village of the Spaniards immediately fires at his warship, which remains unscathed. The battle between the Spaniards and Bantugën continues for seven days, but the warrior's ship is still undamaged. Faced with the threat that this could go on for years, the king agrees to return Alcat to her brother and let them all go.

How important is the Darangën?

The Darangën has 17 cycles, where each cycle has its own story about Bantugën, his brothers, and his sons. It has 72,000 lines in iambic tetrameter, which refers to a line of verse with four measures. For comparison, William Shakespeare is popular for his form of iambic pentameter. This ancient folk epic predates Islamization in the Philippines; and like most traditions in oral literature, it was sung or chanted among the elders in the community.

For its significance in our literature and history, the Darangën was declared a National Cultural Treasure of the Philippines by the National Museum and a Provincial Treasure by Lanao del Sur Province in 2002. It was also included in the Proclamation of Masterpieces of Oral and Intangible Heritage of Humanity by the United Nations Educational, Scientific, and Cultural Organization (UNESCO) in 2005. After the establishment of the 2003 Convention on Intangible Cultural Heritage, it was incorporated into the Representative List of Intangible Cultural Heritage of Humanity in 2008.

History Mythology Adventurer Savvy Seasoned Regional Explainer
Your Guide to Thriving in This Strange New World
Staying
In? What to watch, what to eat, and where to shop from home
OR
Heading
Out? What you need to know to stay safe when heading out