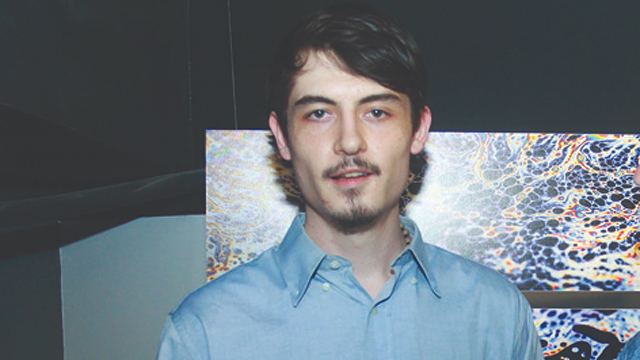 Art Patron Julian Ongpin Is Making the Headlines, But Not in the Arts

His current whereabouts are unknown.

(SPOT.ph) The Ongpin surname made the headlines on Monday, September 21 after Filipina painter Bree Jonson was found dead in the bathroom of a resort room in La Union. She was last seen with Julian Roberto Ongpin, a known art patron and son of Filipino billionaire Roberto Ongpin.

Also read: From the Stillness of Nature to Animals in Motion: The Art of Bree Jonson

Who is Julian Ongpin?

Julian Ongpin became most known in the art community after he opened the Julian Ongpin Young Artists Gallery on the second floor of Alphaland Makati Place in September 2015. The contemporary art gallery was conceived to showcase emerging international artists alongside the country's up-and-coming artists.

Julian's father, Roberto Ongpin, is the chairman and CEO of Alphaland Corporation—it operates Balesin Island, Alphaland Makati Place, Alphaland Aviation, and Alphaland Baguio Mountian Lodges. He served as the Minister of Trade and Industry during the Marcos administration after working for his uncle Fred Velayo at Sycip Gorres Velayo and Co. The elder Ongpin later opened real estate development firm Belle Corporation, which built the upscale resort community Tagaytay Highlands. He is also the current chair of the investment holding company Atok-Big Wedge. Roberto is listed by Forbes as the 22nd richest in the Philippines for 2021 with a net worth of U.S. $1.1B.

Julian's late mother, Della Stone, was an avid collector of both Australian and Philippine art. Features on JOYA Gallery's opening reported that this was his early exposure to art, especially since their house in Sydney was filled with his mother's collection.

The Philippine Star reported in 2015 that Julian is a descendant of Filipino painter Damian Domingo and that his grandfather, Alfonso Ongpin, was a famous collector of works by Luna, Hidalgo, and Amorsolo.

Julian Ongpin's Involvement in the Death of Bree Jonson

Jonson's cause of death is still unconfirmed as police authorities have yet to reveal autopsy results.

According to police reports, Ongpin and Jonson checked in early evening of September 17, Friday, at Flotsam and Jetsam resort in San Juan, La Union. They stepped out before midnight and returned to their room at around 3 a.m. About 30 minutes later, Ongpin rushed out of their room asking for help saying Jonson was dead in their bathroom after an apparent suicide. This was confirmed by an investigator on the case, Master Sergeant Alfredo Fajardo, to reportr.

According to San Juan Police Chief Major Gerardo Macaraeg, they "found plenty of cocaine [on] the bed." Ongpin was taken into police custody for drug possession.

Jonson was declared dead on arrival at the hospital. She was autopsied past 8 p.m. on Monday.

The Philippine National Police chief said on Tuesday that Ongpin has tested positive for illegal drugs. He had however been ordered released by the provincial prosecutor while the investigation is ongoing. His current whereabouts have yet to be confirmed.

Bree's mother Sally Jonson, who flew to the Philippines from Canada after her death, has expressed fears that Ongpin may have already left the country. As of writing, there have been no charges filed by the police related to Bree's death, but the Department of Justice will issue an immigration lookout bulletin order against Ongpin, said Justice Secretary Menardo Guevarra.

Julian Ongpin News Adventurer Savvy Seasoned Art
Your Guide to Thriving in This Strange New World
Staying
In? What to watch, what to eat, and where to shop from home
OR
Heading
Out? What you need to know to stay safe when heading out