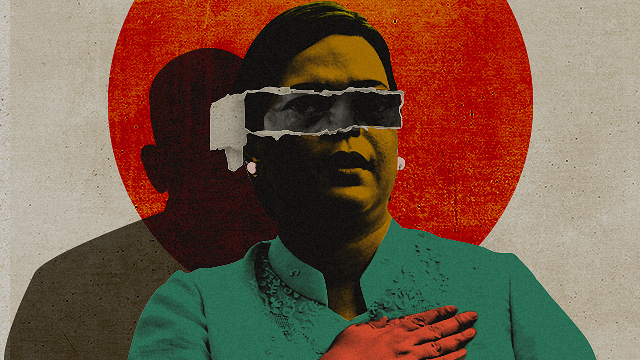 Deja vu, is that you?

(SPOT.ph) With Sara Duterte-Carpio backing out of her mayoralty bid in Davao City on November 9, then resigning from the party she founded, Hugpong ng Pagbabago, two days later, talks of whether or not a repeat of a scenario from 2015 is happening. It can be remembered that months before the 2016 national elections, President Rodrigo Duterte withdrew his Certificate of Candidacy as mayor and named his daughter as substitute. Then, he filed his candidacy for president as substitute for PDP–Laban standard bearer Martin Diño. We all know what happened next.

Also read: A Letter to My Unborn Grandchild by Lourd de Veyra

The law says yes. Article IX, Section 77 of the Omnibus Election Code allows the substitution of a candidate "if after the last day for the filing of Certificates of Candidacy (COC), an official candidate of a registered or accredited political party dies, withdraws or is disqualified for any cause, only a person belonging to, and certified by, the same political party may file a certificate of candidacy to replace the candidate who died, withdrew or was disqualified."

For the 2022 national elections, the last day for filing of COC was on October 8. The deadline for substitution is on November 15.

In an online media briefing on November 10, Commission on Elections spokesperson James Jimenez said that candidate substition is allowed "to make sure that the political party is not unduly disadvantaged by the sudden withdrawal of a candidate."

"So because of this, the law protects the rights of the political party by giving it the rights for substitution. Note that an independent candidate who withdraws does not have the right of substitution in that particular case," he said.

In the same briefing, Jimenez explained that Duterte-Carpio would not be able to vie for a national post under Hugpong ng Pagbabago since it is regional party. The turn of events a day later, however, made it possible.

What happened during the presidential candidate substitution in 2015 and 2016?

Substitution also requires the consent of the Commission on Elections (COMELEC) en banc, as what happened on December 17, 2015 when they voted 6-1 to accept Duterte's COC for presidency. COMELEC Chairman Andres Bautista pointed out back then that this is "entirely without prejudice to the pending disqualification case" against Diño.

This disqualification case is related to the fact that Diño declared he was running for mayor of Pasay City (and not for president of the Philippines). Broadcaster Ruben Castor had previously petitioned to declare Diño's COC as null and void because of the error; and that Duterte "should not substitute for Martin Diño whose COC is void, legally inexistent, and without legal effect; hence, substitution shall likewise be void."

This disqualification case, however, was junked by COMELEC on February 3, 2016. "The other ground is looking at the issue of the Pasay City mayor the First Division ruled that it was [an] innocuous mistake considering that the intent, considering the Certificate of Nomination and Acceptance, it was clear that Mr. Diño was running for President of the Philippines," COMELEC Commissioner Christian Robert Lim said in a press briefing.

Other petitions filed on the late filing of the appeals were also junked. "One of the issues as to the defects of the COC of Mr. Martin Diño, the petitions were filed out of time; they were beyond the 25 days from the time that Mr. Diño filed the COC. There was also two [petitions] wherein both petitioners and or counsel failed to attend the preliminary conference," the commissioner added.

In a February 15, 2016 piece by Philippine Daily Inquirer columnist Raul Palabrica, he pointed out the gravity of Diño's supposed error. "If the COC were an application for employment, his error would prompt the business or government office with which it is filed to show him the door and advise him to go back to school," the writer said. While COMELEC ruled that it was an "innocuous mistake" and that it was "clear that Mr. Diño was running for President of the Philippines," Palabrica responded with a comment that "it was obvious that Diño was anything but serious in filing his COC for president. He treated his COC as an instrument or toy to play with to satisfy his caprice. He was no different from other COC filers who wanted to enjoy three minutes of national fame."

Will we see the same scenario in the coming days? We have until November 15 to know.

Ph Elections 2022 Our Turn 2022 Elections Duterte Explainer Heading Out Staying In Adventurer Savvy Seasoned
Your Guide to Thriving in This Strange New World
Staying
In? What to watch, what to eat, and where to shop from home
OR
Heading
Out? What you need to know to stay safe when heading out