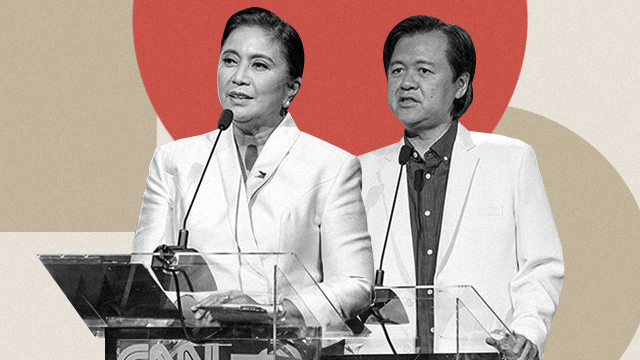 Plus, where to watch tips and tricks on note-taking by debate groups.

(SPOT.ph) Over the weekend, vice-presidential and presidential candidates were tested on their platforms, track record, and preparedness for a national position through live debates on February 26 and 27, respectively, organized by CNN Philippines at the University of Santo Tomas. Pia Hontiveros, one of the co-hosts of the presidential debate, told viewers about the rules: "Wala pong dalang notes ang ating mga candidates, wala pong kodigo, walang gadgets. Ang meron sila, papel at bolpen, at doon sila nagno-notetaking." She also quipped: "Either meron po silang photographic memory or may guardian angel sila. Pero wala silang notes."

Note-taking During the CNN Philippines Debate

Presidential aspirant and current vice president Leni Robredo, for example, posted photos of six pages of her notes during the debate "for posterity" on Facebook. "The challenge is always how to encapsulate all you need to say in the 1.5 minutes given to you. Good thing the organizers gave us a pen and some sheets of paper. Very useful in organizing my thoughts. Some of them I wasn’t able to use because they were not asked. Was just trying to anticipate some of the questions. Kung ako yung unang tinatawag, di na ako [nakakapag-notes] dahil wala nang oras," she said.

Vice presidential hopeful Willie Ong, likewise, posted photos of his quick scribbles during the live debate on his Facebook page. "Lahat ng isyu sa debate pinag-aralan ko po. Puro surprise questions mula sa CNN at sinulat ko [nang] mabilis ang sagot na maintindihan ng tao," he said. Given CNN Philippines' set-up, some questions were asked to all attendees (seven out of nine); while others were thrown only to two or three of them. But still, Ong said that he "had scribbled answers to all of the questions. You need quick and sharp thinking to answer concisely within a short time or else they will cut your microphone." He had three pages worth of notes organized through arrows and circles.

Also read:
How to Verify Information From Oxford University
Long Hours Aren't Anything New In These Industries

How to Take Notes During a Debate

Assistant Professor of Communications and Director of Debate at Georgia State University wrote in 2000 "25 Tips for Taking a Better Flowsheet." This was published on Rostrum, where his column appeared monthly.

In his column, he talked about "flowing," which is a specialized form of notetaking that debaters use to keep track of all arguments in the round. "It takes a combination of legible handwriting, sophisticated listening skills, genuine concentration, a lot of practice, a refusal to be distracted by other apparently urgent tasks (like preparing the next speech), and some experience," he wrote.

Some of his tips that we can use whether we're in a debate or just in the middle of smashing down fake-news peddlers are:

Here are Youtube clips you can watch about note-taking in debates:

In this video by Triumph Debate, they're concentrate specifically on how to flow for the Lincoln-Douglas Debate (a type of one-on-one competitive debate), Public Forum Debate (a competitive debate that centers on current events), and Policy Debate (a debate competition where teams of two usually advocate for and against a resolution).

Reading Pioneers Academy, which is a YouTube channel that's "dedicated to helping children and students improve their English through reading and debate" also has a clip on the important debate skill of note-taking.