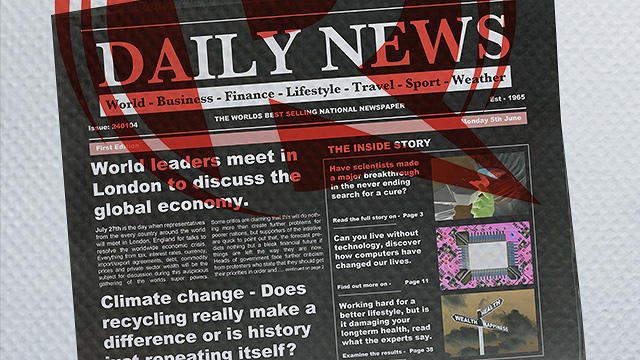 Not Just Rappler: The Media Outlets Yeeted in the Past Weeks

Think the trend will continue with the incoming administration?

(SPOT.ph) The Securities and Exchange Commission has affirmed their earlier ruling to revoke media group Rappler's certificates of incorporation. This was confirmed by CEO Maria Ressa during a speech at the East-West Center international media conference in Hawaii on June 29, PH time, which just so happens to be a day before the national administration officially changes.

This affirmation made by the Securities and Exchange Commission (SEC) seeks to put a halt to Rappler's daily operations, effectively causing the shutdown of the news website. As the SEC ruling still awaits court approval, Nobel Peace Prize laureate Ressa responded to the ruling by stating, "It is business as usual for us since in our view, this is not immediately executory without court approval."

Also read: 10 Thoughts on Press Freedom That Are Actually Just About Freedom

Now, while Rappler continues to operate, the same can't be said for other media outlets this past few weeks. In case you missed it—and you're more likely to keep missing it, given all these news and media shutdowns—the National Telecommunications Commission requested Internet service providers to block certain websites that, in their view, are linked to supporting terrorist organizations.

In a document dated June 6, the National Telecommunications Commission (NTC) issued a list made up of 25 websites, costing of alternative news outlets, blogs, and official websites of progressive groups. Rappler was not officially part of the list. As of writing, the titles listed below no longer have accessible websites.

However, the incoming administration of President-elect Bongbong Marcos does still plan on having outlets cover his administration. For the task of providing honest and objective news, they're seeking to accredit—*checks notes*—vloggers.

Also read: Two Different Government Agencies Somehow Manage to Piss Everyone Off in One Go

Before the Rappler shut down, here are other media sites that were acted upon earlier this week:

Born out of the EDSA II revolution, Bulatlat is an alternative online news publication that has been heavily critical of all presidential administrations since the time of President Joseph "Erap" Ejercito Estrada. The over-arching theme of their criticism over the years and presidents has notably been that the governing powers rarely (if ever) enact the will of the democratic bodies that voted them into power. As you can imagine, they had a lot to cover in the recent years.

Altermidya was established in the middle of President Benigno "Noynoy" Aquino's administration as the Philippines' first national network of alternative media journalists. The network, which found a space in print, online media, and radio, stands by a mission of fighting oppression, delivering the facts first, and the fact that journalism isn't terrorism.

Bagong Alyansang Makabayan (BAYAN) was founded during the period of martial law under Ferdinand Marcos. The organization has always been heavily critical of foreign powers exploiting the Filipino, fascism and corrpution taking over the country, and pretty much all presidential administrations for supposedly letting this be the norm. BAYAN base includes members of citizens from all over the country and from all sectors of society.

Pinoy Weekly is a print and online news multimedia publication that caters to the more marginalized sectors of society. They highlight new and largely unheard voices in matters of politics, agriculture, and other socio-economic topics. They're also not one to shy away from their strong, political opinions, as they'll greet you right as you open their page.

Hiyaw, or "shout out," is a network that focuses on calling out the failings of the government to serve its people. Like others on this list, they highlight the voices of those who rarely get an outlet to speak on injustice. As of writing, their Facebook community is still accessible.

Also read: 10 Notable Movies We Almost Didn't See Because of the MTRCB