It will open your eyes to modern relationships. 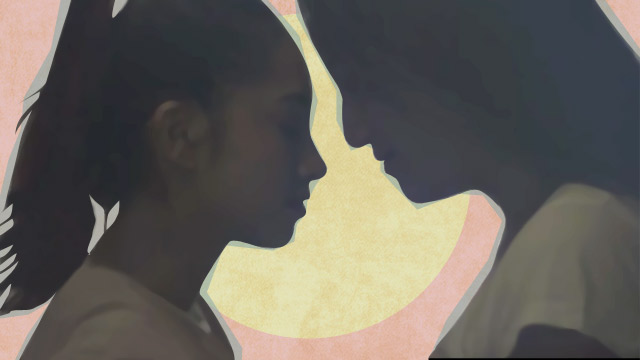 (SPOT.ph) Get a hold of this one: A study conducted by Closeup in Brazil, India, and the Philippines revealed that 53% of young people believe that being honest about feelings of attraction will lead to discrimination, judgment, or public shame. Half of the respondents who pursued unconventional (i.e. non-heteronormative) relationships kept their feelings hidden from friends and family. 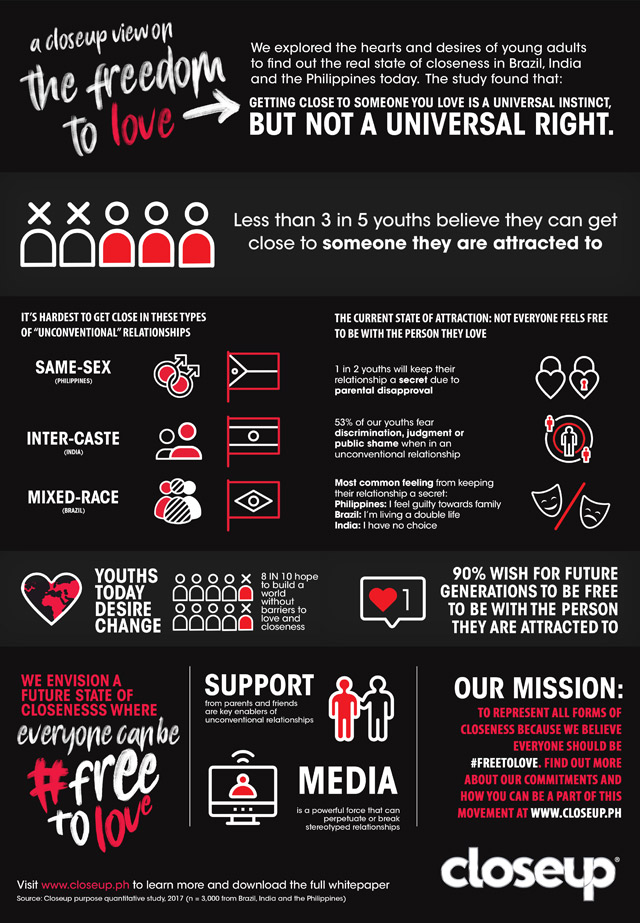 That means only half of us feel  that we are free to love the people we choose.

Mass media plays a role in spreading this feeling of uncertainty. While a strong support group within a person’s circle contributes to a person’s sense of acceptance, a shortage of positive representation for the LGBTQIA+ community continue to bring feelings of discrimination.

We may not care to admit it, but most relationships on film, TV, and advertisements show only straight couples—this doesn't help. The strong push towards conventional relationships creates a fear of non-acceptance for people who don’t identify as straight or cisgender.

When Closeup got a hold of the study, its path moving forward became clear. Encouraging people to “get close”—to have the confidence to form long-lasting relationships with others—was always part of its DNA. And since majority of its own advertising was targeted towards “conventional” relationships, the brand knew it had to make a change.

Enter Closeup’s #FreedomToLove campaign. Over the years, it became clear to the brand that people get close with each other in more ways than one; hence, the commitment to depict all of these ways in a positive manner.

It’s all about diversity and representation. The more freedom people have, the more emboldened they’ll be to be their most authentic selves. Closeup launched the #FreedomToLove campaign with this goal in mind, kicking off with an emotional video:

So far, the response has been overwhelmingly positive—but that shouldn’t have come as a surprise. Based on the study, 90% of young people wish they could live in a world where they could be completely honest about who they're attracted to.

It might have started as the company that encouraged you to get closer by having fresh breath, but the brand understands that the freedom to love goes beyond that first kiss. It’s about living in a society where no one cares who you share your first kiss with.

Tell us what you think about Closeup