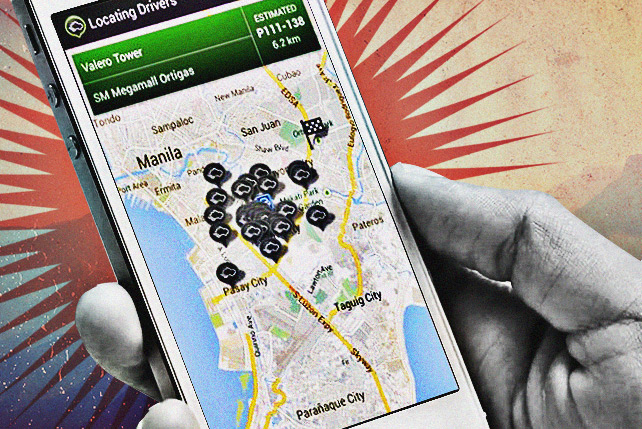 We took the GrabTaxi and Easy Taxi apps for a spin. 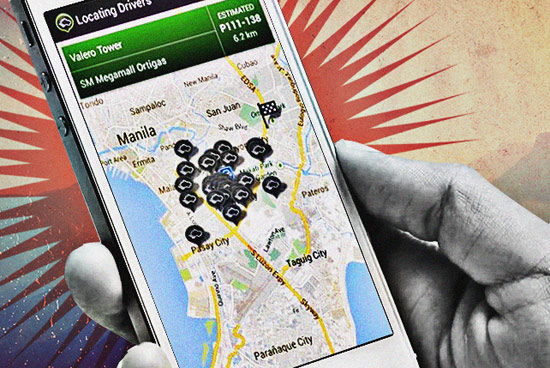 (SPOT.ph) Hailing a cab in Manila should be considered an Olympic sport-unpredictable heavy traffic, equally unpredictable weather, and, er, unpredictable cab drivers. But it’s the 21st century, so the tech gods have blessed us with apps to ease some of our rush-hour worries.

So far, there are only two taxi apps available in Metro Manila: GrabTaxi and Easy Taxi. We took these two for a quick test to see how these apps fare in the chaos of the metro. (Note: This test is only meant to show how the apps work based on our testers’ experience.)

Number of tries to get a cab: 2

Response time according to the app: 3 minutes

The Experience: It didn’t take long to search for an available cab, even if we had to try twice. The app itself is fairly easy to use, but you have to create an account before you can book a cab. The app also tracks your current destination to make it easier for you, but it’s not very accurate. The app placed us along Ayala Avenue in Makati when were at Shangri-La Plaza in Ortigas. As soon as come to terms with an available cab to pick you up, the app gives you details, like the name of the driver, the car’s license plate number, the distance of the cab from your location along with the estimated amount of time it will take for the cab driver to reach you.

The cab was relatively clean and in good shape and the driver was polite and took us straight to our destination. The payment process was kind of weird, though. The meter started at the regular P40 and when the ride was over, the cab driver asked us if we were Globe or non-Globe users. We were Globe users so we only had to pay an additional P50, but he didn’t bother to verify this. Otherwise, it was a fairly pleasant experience and worth the extra bucks when it’s rush hour and the mall’s taxi queue is awfully long (which it was that day).

Number of tries to get a cab: 1

Response time according to the app: 6 minutes

The Experience: This app also tries to pin your location once you open it, but it’s not very accurate either. Easy Taxi thought we were at St. Francis Square, when we were actually at Shangri-La Plaza. With this app, you’ll have to type in your start and ending locations yourself, along with landmarks or details that could help out your cab driver. You’ll also need to create an account before you can begin booking. As soon as you book a cab, a small timer appears, counting down to your cab’s arrival. The cab driver’s name, his cell phone number, car model, and license plate number are also listed. When our six-minute countdown was up and there was still no sign of the cab, we called up the driver, who said he was at SM Megamall and that he’d arrive in 2 minutes. The cab ride was all right, with the cab driver pleasant enough and the car filled with Easy Taxi flyers.

Apps Easytaxi Grabtaxi
Your Guide to Thriving in This Strange New World
Staying
In? What to watch, what to eat, and where to shop from home
OR
Heading
Out? What you need to know to stay safe when heading out