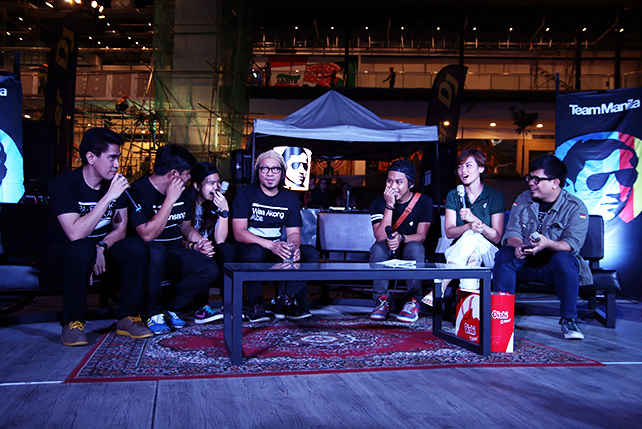 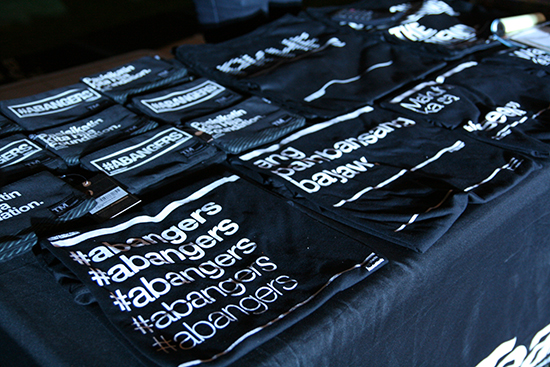 (SPOT.ph) On November 28, we became men. All we had to do was show up at UP Town Center and put on a shirt. Team Manila collaborated with RA Rivera, Ramon Bautista, Jun Sabayton, and Lourd de Veyra and produced poetry for the truly macho. For P595, the manliest of men can proudly display the profundity of his being and show the world what a real man looks like: "Wala akong abs."

The foursome maintains their respect for the good old days, when being a man meant bigote plus leather jacket. When alpha male meant guts, not abs-a shout out to the likes of...uh, Allan Paule and Rodel Velayo. We asked them which movies of these ’80s greats man-nnabees we should check out and this is a direct message from Mr. Ramon Bautista, "May Google naman."

That’s the kind of humor fans can expect from the shirts, guaranteed to make abangers everywhere feel the pat of solidarity on their shoulders. 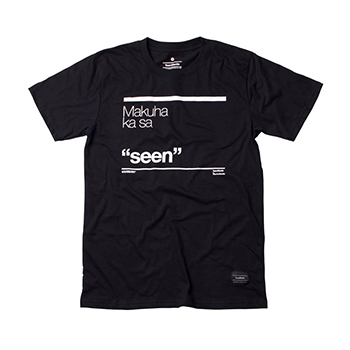 A timely PSA. A close second to this would be, "Huwag mo akong pakiligin, kung hindi mo naman ako iibigin." 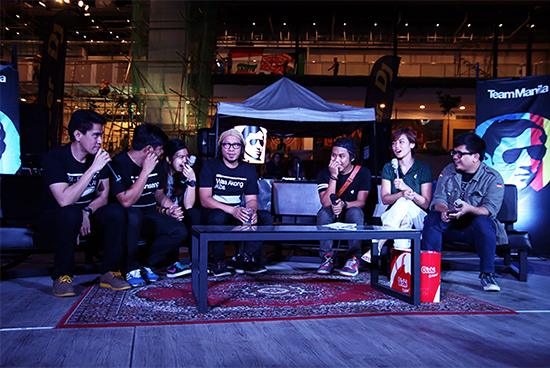 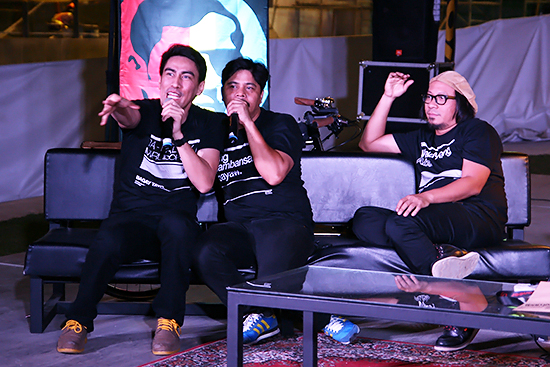 Just like Captain Li Shang, they’ll try to make a man out of you...but they are still soldiers of love

Macho Manila was a fans day in flimsy disguise, for the celebrities and for cult icons like Mang Larry of Mang Larry’s Isaw fame. Foolishly, we tried asking the manly ambassadors for tips on how to become a real macho. Apparently, every minute is an opportunity to be smooth:

However, we did find out what macho dinner looks like and the foursome saluted the real machos of the world ("Mabuhay ang uring mangagawa!") 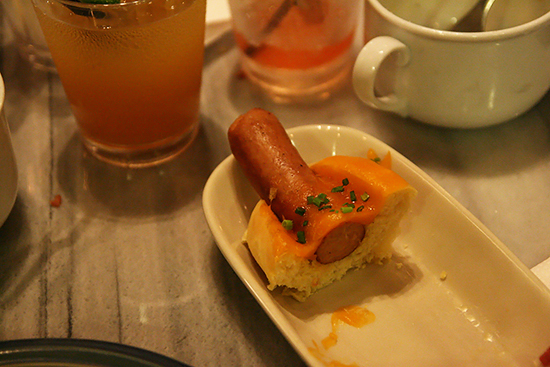 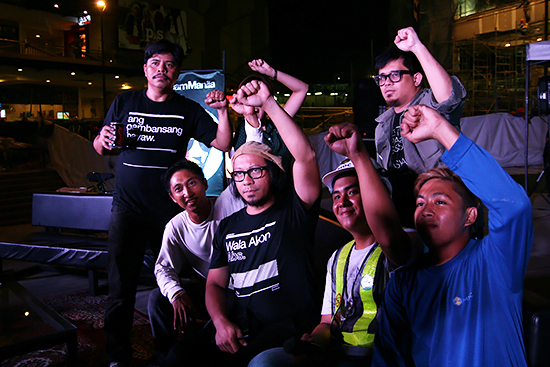