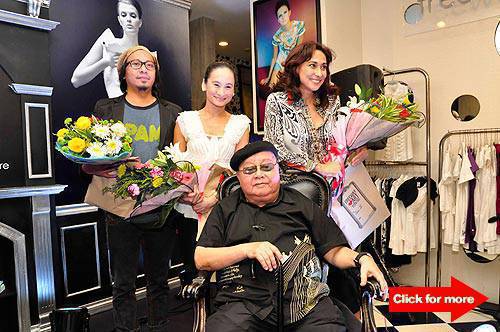 Ballet Manila’s Artistic Director Lisa Macuja-Elizalde played host for the evening and presented a video tribute to José. Among the event’s special guests were Radioactive Sago Project frontman, Palanca award-winning poet and SPOT.ph satirist Lourd de Veyra and veteran actress Cherie Gil, who led the evening’s tertulia (a literary gathering)-a tradition at Freeway’s past literary events.  Gil read from Jose’s "The Pretenders" and the famous "Ermita," and De Veyra read from "Tree" and "The God Stealer" while  UP College of Music instructor Ferdie Medina played classical guitar. Among the event’s highlights was a no-holds-barred interview with José, which showed the candid side of "Sir Frankie." 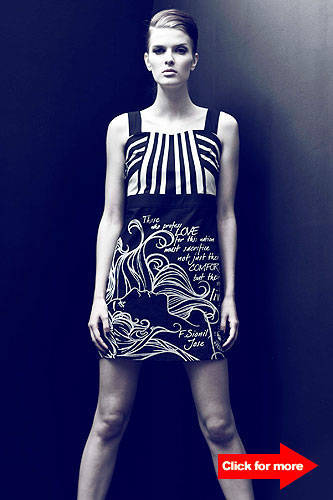 The entire F. Sionil Jose Freeway clothing collection was also viewed for the first time during the event, which featured some of the artist’s most recognized works as interpreted in graphic tees in trendy silhouettes, modern tailored woven tops, dresses, and accessories. All items have a printed seal, a bio-swing tag, and are packaged in the signature National Artist Collectors' Series envelope.

José is considered as one of the best writers of contemporary Philippine literature in English and his works have been known to espouse social justice and change in Philippine society. He received the Ramon Magsaysay Award for Literature and Journalism in 1980; the National Artist for Literature in 2001; and the Pablo Neruda Centennial Award in 2004.

Photos by Girlie Rodis and courtesy of Freeway

Lourd De Veyra Lisamacuja-elizalde Cheriegil F.sioniljose Freeway Freewayartnationalartistcollectors’series F.sioniljosecollectionlaunch
Your Guide to Thriving in This Strange New World
Staying
In? What to watch, what to eat, and where to shop from home
OR
Heading
Out? What you need to know to stay safe when heading out