Georgina Wilson, Rhian Ramos, Manny Pacquiao + more at the TechnoMarine MP8 launch
Loading
Already a member? Log in
No account yet? Create Account
Spot.ph is your one-stop urban lifestyle guide to the best of Manila. 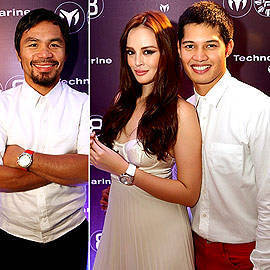 Who else celebrated with the boxing champion? 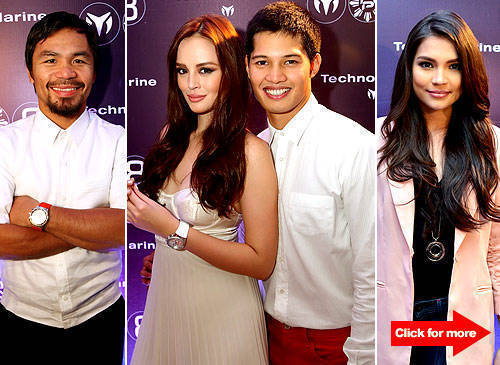 Manny, Georgina and Borgy, Rhian, and more. Click for more.

(SPOT.ph) Swiss watch brand TechnoMarine and boxing champion Manny Pacquiao have come together to release a limited-edition watch called the "Manny Pacquiao 8" or the MP8, which was launched on March 1. The 8, printed noticeably on the watch's face, stands for the number of Pacquiao's world championship titles, while the yellow, blue, and red touches pay homage to the Philippine flag. Only 1,000 pieces of the watch will be produced.

Manny Pacquiao Technomarine Pacquiaowatch Mannypacquiao8 Mp8
Your Guide to Thriving in This Strange New World
Staying
In? What to watch, what to eat, and where to shop from home
OR
Heading
Out? What you need to know to stay safe when heading out