Ian Somerhalder talks clothes, conserving the environment, and running around a Pinoy beach
Loading
Already a member? Log in
No account yet? Create Account
Spot.ph is your one-stop urban lifestyle guide to the best of Manila. 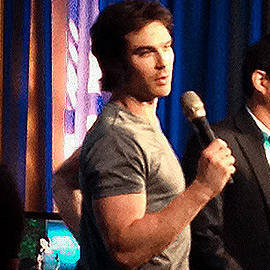 Ian Somerhalder talks clothes, conserving the environment, and running around a Pinoy beach 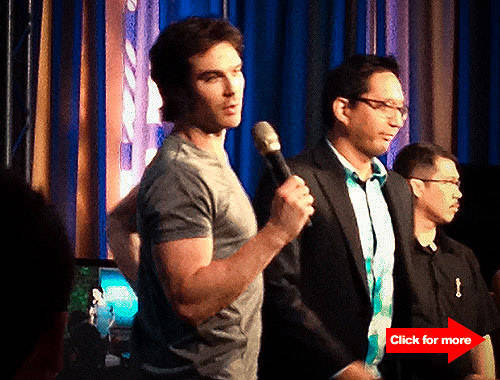 (SPOT.ph) "Ripping people's heads off and seducing women aren't bad." This is how The Vampire Diaries star Ian Somerhalder easily sums up the role that made him a household name. But while half-baked TVD fans know him only as the snarky, arrogant, and vengeful Damon Salvatore, in the real world--where vampires evoke fear and not giddiness--there's more to him than an extra-large set of fangs.

In a plain gray shirt and black pants, Ian could almost be called nondescript at the press conference for his latest Penshoppe endorsement. Save for the fact that he’s a hit TV star, it’s that bevy of girls screaming a chorus of "I love you!" and "Bite me!" that tells you otherwise. The humility is surprising. So is how he can encourage a group to conserve Mother Nature as easily as he could send fans into a frenzy with a simple blow of a kiss-an act he does ever so freely, by the way.

At the packed press conference, Ian served up his wit as he recounted his passion for the environment, thoughts about Penshoppe and the Philippines, and more.

On coming to the Philippines

I wasn't aware there were over 7,000 islands in the Philippines and when you look at it on the map, you can't quite grasp it. El Nido is so wonderful. Everyone has been so wonderful; the Filipinos are so soulful. The fact that it's surrounded by water, everyone's so connected with each other.

It's wonderful. It's energy.

On using his fame to promote his causes

The Vampire Diaries has a younger audience. What I realized [I could do] was to use that exposure for the greater good. We are doing ourselves a great disservice if we don't use this to empower our youth and to make them aware of conservation.

I would like for that to happen as quickly as possible. I can't quite find the right film to sink my teeth into, no pun intended. There are some things in the works though.

On wearing environmentally sound apparel and offsetting his carbon footprint

I've recently started finding clothing companies that use natural dyes, bamboo, and other sustainable methods. When I went to El Nido, we were on this small chartered plane (and I learned) that it takes six trees to offset your carbon footprint every time you fly. So I find out that people in El Nido plant six trees for every passenger who flies.

On keeping an upbeat attitude

The idea that all that positivity will lead to a healthier life... I'm an actor and I have to access that dark place sometimes. But I love to take it and turn it into positivity.

On balancing work for his foundation

I don't know where I find the time. I keep a notepad in my iPad and I scribble, scribble, scribble, then when I wake up, I'm like "What the hell is this?" It's the team. Teamwork. There are 101 people working for the Ian Somerhalder Foundation now, doing research, making plans.

On what he'll tell people about the Philippines

Friends, don't go there. They'll kill you with kindness. I was so surprised. I didn't really have expectations. I've been so humbled by your generosity, the beauty of this place. It's so progressive. (I'll tell them) you have to check it out-what their companies are doing for conservation.

On the highlight of his El Nido trip

Running around a secluded tropical island, drinking (from) coconuts, the palm trees, being shot by awesome photographers. It's not the worst thing you can do.

Ian Somerhalder Penshoppe Vampirediaries Isd Iansomerhalderfoundation Miss World Philippines 2018 Ianrockspenshoppe
Your Guide to Thriving in This Strange New World
Staying
In? What to watch, what to eat, and where to shop from home
OR
Heading
Out? What you need to know to stay safe when heading out