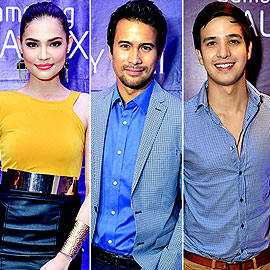 The "iPhone killer" wrangles up a killer guest list. 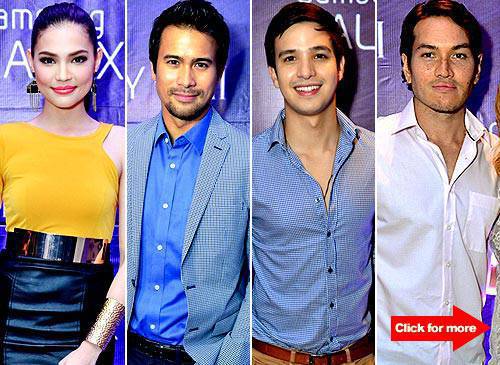 (SPOT.ph) With mobile phones moving further away from the realm of tech geekery to become an integral part of a modern, hip lifestyle, it’s no surprise that the launch of Samsung’s flagship phone was officially a "Big Deal." Stars lined up to try the new Samsung Galaxy S3 in a grand event at the NBC Tent that featured free-flowing wine, hor d’oeuvres, and the music of the Manila Philharmonic.

Rhian Ramos and Sam Milby gamely demonstrated the Galaxy S3’s features to the crowd, while celebrities Roco Nacino, Markki Stroem, Kelly Misa, and Phoemela Baranda lined up to try the phone out for themselves too. Azkals Aly Borromeo and Anton del Rosario, as well as the Philippine Volcanoes’ Eric Tai, Harry Morris, and Jake Letts were also present.

Other than its amped-up new processor and the always-stunning AMOLED screen, the Samsung Galaxy S3 will feature some intuitive new doodads that take advantage of the phone’s motion sensor. For example, raise the phone to your ear while texting someone, and the phone will automatically dial it for you. Phone suddenly ringing during a meeting? Just flip it over to make it go silent. The Samsung Galaxy S3 will be available for sale this month.