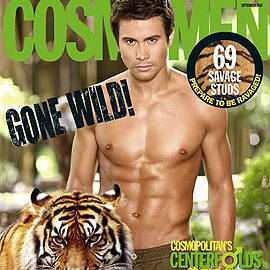 Milby says he dotes on his partner when he’s in love. 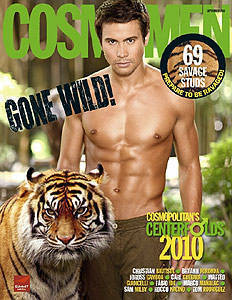 Cosmopolitan Centerfolds 2010 cover guy Sam Milby admitted on August 31 that his wildest fantasy features Hollywood stars Jessica Biel and Jessica Alba, reports PEP.ph. "Basta I’ll be with them... Puwedeng date lang (A simple date is enough)," he said at the press conference for Centerfolds 2010 out along with the magazine’s September issue.

In keeping with the wild theme of this year’s Centerfolds, Milby was photographed shirtless beside a tiger for the cover. That wasn’t his only "animalistic" encounter, though; he said he tussled with a tarantula for a different shot. PEP.ph quoted him as saying, "’Yong tarantula nandito sa dibdib ko, pero nag-i-i-slide siya pababa so sinasabi ko (sa caretaker), ’Kuya, kunin mo!’ (The tarantula was put on my chest but it kept sliding down so I kept telling the animal caretaker to grab it!)"

Milby also shared how he used to get a wild high from skinny dipping and jumping trains when he was still based in the U.S. Now, he gets his adrenaline fix from the extreme sport motocross. According to PEP.ph, he won in two categories of the Philippine National Supercross Series Round in July.

As for matters of the heart, Milby said he’s the type who dotes on his partner when he’s in love. Asked if he invited international singer Marie Digby, whom he has gone out with, to the Cosmo Bachelor Bash, he claimed to be too shy and conscious to do so. Plus, he said Digby, who is based in the U.S., would have to take a 14- to 16-hour flight to make it to the event. 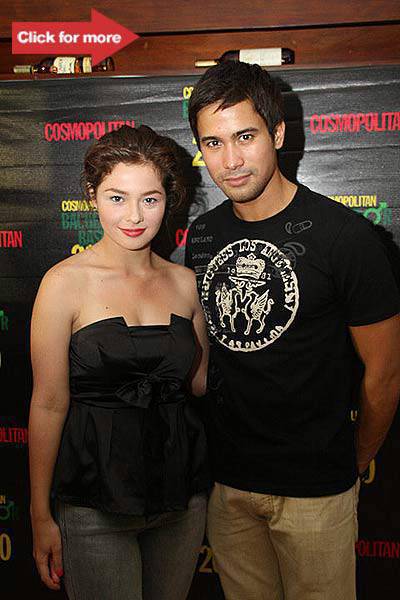 Aside from Milby, 2010 Cosmo Centerfolds Fabio Ide, Christian Bautista and Matteo Guidicelli are expected to strut their stuff at the Cosmo Bachelor Bash on September 9 at the World Trade Center. Click here to find out how to score invites, and click here for behind-the-scenes photos and videos.

Sam Milby Mariedigby Cosmo Cosmopolitan Cosmobachelorbash Cosmopolitancenterfolds Cosmobachelorbash2010
Your Guide to Thriving in This Strange New World
Staying
In? What to watch, what to eat, and where to shop from home
OR
Heading
Out? What you need to know to stay safe when heading out