UAAP Photos: Relive the action as the Blue Eagles rip apart Tamaraws in Game 1, 72-49
Loading
Already a member? Log in
No account yet? Create Account
Spot.ph is your one-stop urban lifestyle guide to the best of Manila. 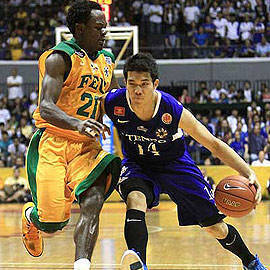 Ateneo dominated the September 25 match against FEU at the Big Dome. 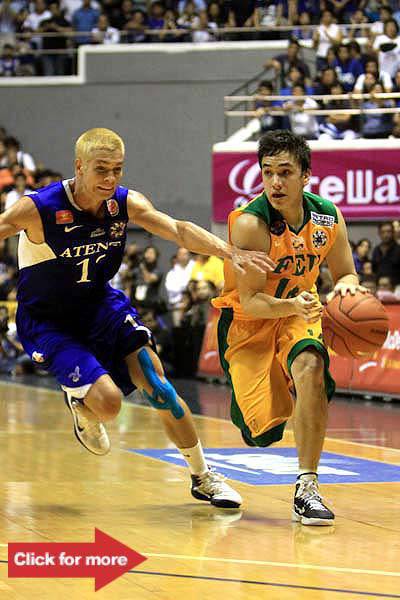 Expected to be a nail biter, the Ateneo-FEU Saturday bout turned out to be a one-sided affair as the Blue Eagles dominated the first game in the UAAP finals at the Araneta Coliseum. The Katipunan squad showed they were undaunted by the Morayta team’s No. 1 ranking in the elimination round. The reigning back-to-back champions finished with 72-49 over the Far Eastern University Tamaraws.

"This has been a champion team for the last couple of years. (The finals series) is sort of our home ground," Kirk Long, Ateneo’s lead scorer of the game, said in an Inquirer.net report. "We came out with a lot of intensity, and we took it from the get-go. Even if they’re the No. 1 team, we feel like it’s our crown to defend. It’s ours and they have to take it away from us."

"We just self-destructed," FEU Coach Glen Capacio said in an Inquirer.net report. "I didn’t see any effort. The players just showed 50 percent of it. We were outplayed." He added, "I don’t know what happened to our boys; it was like they were shocked. No matter what the coaching staff said--we kept telling them there was no need to rush--(the comeback) didn’t happen. Maybe we didn’t give them enough motivation or mental preparation."

FEU Athletic Director Mark Molina said, according to Inquirer.net, "We’re embarrassed. We let everyone (in our school) down." Because of FEU’s dismal performance, practice for game two will "be like hell," PhilStar.com quoted Molina.

Ateneo Coach Norman Black said in an Inboundpass.com report, "We’re happy and excited but we’re not too overconfident because we know that FEU can bounce back." Game two of the best-of-three finals is on September 30, 4 p.m. at the Araneta Coliseum.

The scores, according to Inboundpass.com:

For more on this story, log on to Inquirer.net, PhilStar.com and Inboundpass.com. Photos by Jenner Ong.

Uaap Uaapbasketball Uaapgame Ateneo Ateneoblueeagles Feutamaraws Feu Uaap Finals Uaapfinalsgame1
Your Guide to Thriving in This Strange New World
Staying
In? What to watch, what to eat, and where to shop from home
OR
Heading
Out? What you need to know to stay safe when heading out