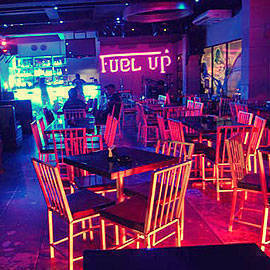 SPOT.ph lists the celeb hangouts where you’re most likely to "run into" the stars.

SPOT.ph did some sleuthing and uncovered the best places in the metro to go star-gazing, and we don't mean the kind where you need to use a telescope. As much as they try to stay under the radar, celebrities can't keep away from their favorite restaurants, salons, gyms, or clubs for long. Hence, here's a list of hotspots known for their celebrity clientele... but don't tell them we told you. 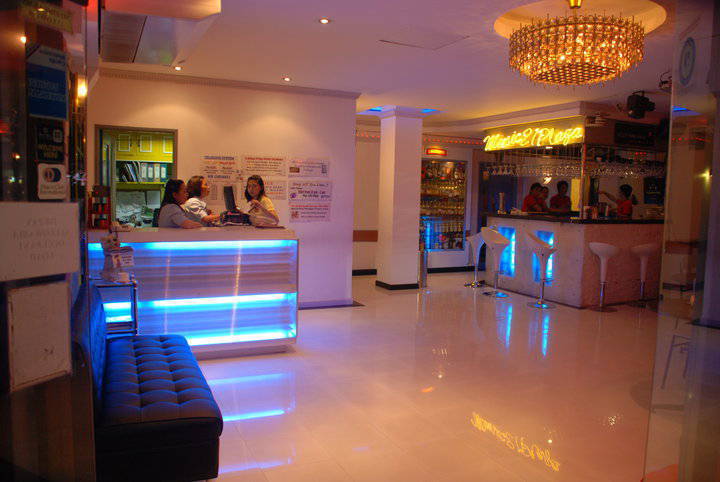 The lowdown: Strategically located within the vicinity of the Kapamilya and Kapuso networks, this state-of-the-art KTV hangout and restaurant flaunts over 35,000 songs in their music library.

The perks: Membership is free, and the bar is open till the wee hours of the morning. 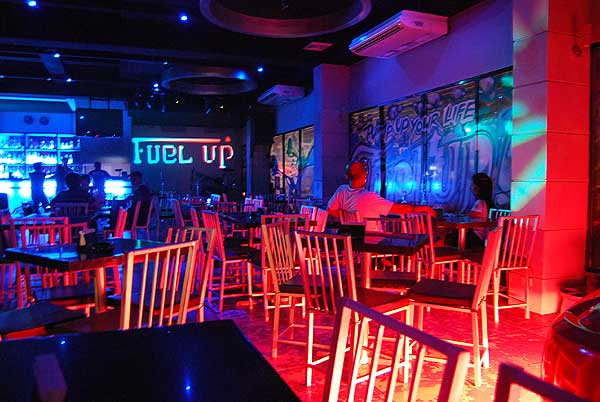 The lowdown: Fuel Up Bar and KTV has become a tambayan to the celebrity friends of its screen-idol owner, Angel Locsin.

Celebrity sightings: Maxene Magalona, Chito Miranda, Raymond Gutierrez, Ehra Madrigal. Bubbles Paraiso is a bar regular with a cocktail named after herself (Party Queen, P130), plus this is where the cast of Imortal, Angel Locsin's latest supernatural-fantasy TV series, partied on Halloween.

The perks: This KTV bar offers a wide array of updated song lists. Plus, it boasts of a swanky VIP room that has a life-size BMW Mini Cooper, an open air lounge with a mini-bar, and a garage lounge showcasing live bands. 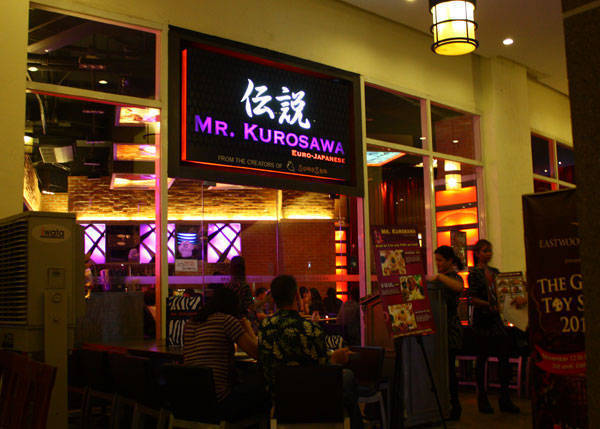 The lowdown: Mr. Kurosawa comes from the same creators as Sumo-Sam, with celebrity entrepreneur Marvin Agustin as one of the owners, and serves a fusion of European and Japanese cuisine.

The perks: The Eastwood restaurant shows off chic interiors good enough to impress someone on your first date, plus a wide-ranging menu that offers both affordable and pricier items.

Celebrity sightings: Expect a number of Marvin Agustin’s friends to dine in every so often. Regulars include Angelica Panganiban and Paolo Contis who, according to the staff, dig their tuna and salmon sashimi. Jay-R, Billy Crawford, Nikki Gil, Jennylyn Mercado, and Dennis Trillo have been spotted here too.

The lowdown: An Italian restaurant known for pizza with cheese that melts in your mouth, Cantinetta gets rave reviews from celebrities and foodies alike.

The perks: The clandestine location across Powerplant mall is a lot quieter than their Pasong Tamo branch, and the ritzy zip code jacks up the price range. Still, Cantinetta is among the best Italian haunts in town-ask celebrity stylist Liz Uy, she'll tell you.

Celebrity sightings: Star sightings include Anne Curtis, Georgina Wilson, and Isabelle Daza. Celebrity stylist Liz Uy listed Cantinetta among her favorite restaurants in Manila. Plus, a Tweet last week: "Gosh I ate so much in Cantinetta!" 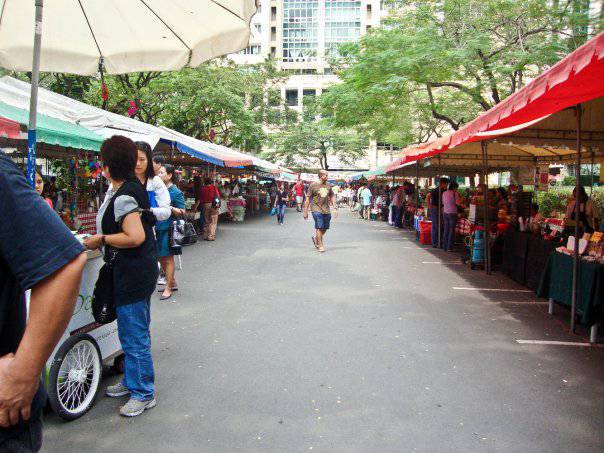 The lowdown: Arguably the most famous weekend market in the metro, Salcedo Market is a souk of sorts and has become a favorite among celebrity foodies, especially those that hail from the South.

Celebrity Sightings: Lucy Torres once wrote about her craving for Challah bread in her Philippine Star column "I think it is a little drop of blessing in this big busy city, catching bread while it's hot... So yes, God bless bread, and ladies like Gng. Bukid who bakes them with hand and heart late into the night... I have never met her yet, but I do love her bread." Plus, Sharon Cuneta once caused a commotion here when she interviewed farmer Gil Carandang of the Herbana Farms booth.

The only time to go: Saturday morning 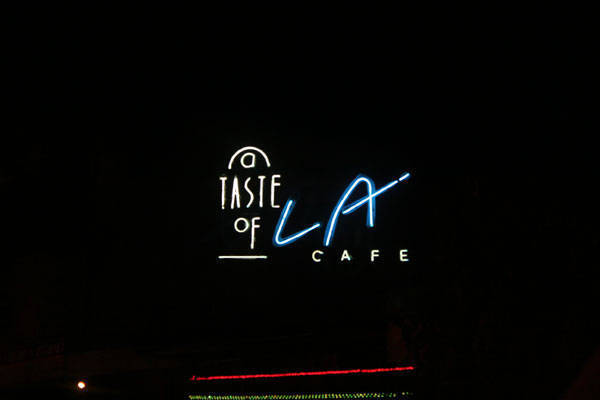 The lowdown: Situated within the vicinity of the country's top media networks, it probably feels like the TMZ office when you dine here. The café has been around forever, and they serve traditional American-Italian cuisine.

The perks: The restaurant is dimly-lit and perfect for stealthy star-spotting. You can grab a table by the corner and stake out celebrity diners while enjoying steaks, burgers, and pizza. 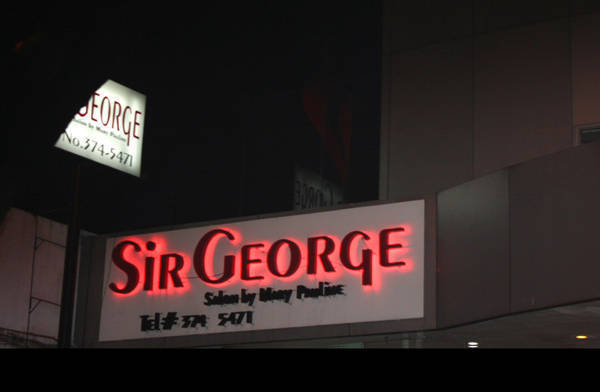 The lowdown: Located just a few blocks away from GMA 7 and ABS-CBN, this beauty hub has been the architect for many of today's celebrity hairstyles, thus earning the loyalty of an A-list clientele.

The perks: This full-service salon offers everything from haircuts to foot spas, and prides itself in being a one-stop shop for beauty needs.

Best Time to Go: Weekday afternoons to an hour before closing

The lowdown: Here, it's all about exclusivity. If you manage to get your name on Republiq's guest list (or if you don't mind shelling out P500), this hotspot lets you ogle at Manila's best dressed partyphiles.

The Perks: Republiq comes from the same group who introduced Embassy Superclub, Encore, and Manor to the local bar scene; these guys are known for throwing the best parties around. 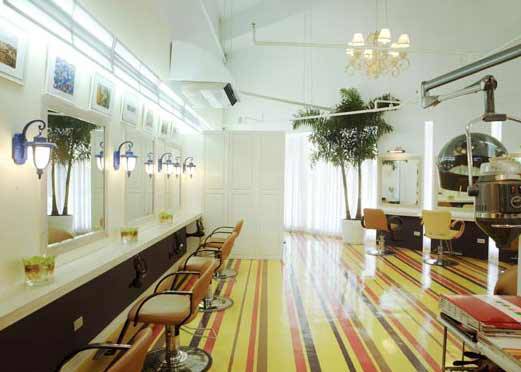 The lowdown: Formerly known as Propaganda, the splurge-worthy Greenbelt salon is popular for its celebrity patrons flaunts swanky Mediterranean interiors and cuts ranging from P450 to P1500.

The perks: This is the only salon in the city with a business lounge. Monis partnered with HP to provide guests with laptops and internet access where you can surf the net while getting your hair done. 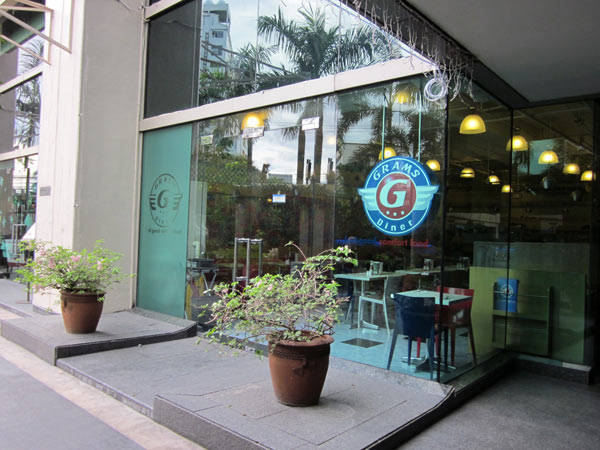 1. Grams Diner, Starbucks, and Fitness First at The Loop

The lowdown: Grams is located at the ground floor of the ABS-CBN headquarters where you'll get to feast on breakfast samplers or the diner's BBQ pork belly while keeping one eye out for the network’s stars. Right beside it is Starbucks, where celebrities like KC Concepcion, Gerald Anderson, Kim Chiu supposedly get their coffee fix. Fitness First on the 5th floor flaunts high-end equipment and loyal patrons like Jake Cuenca, Jericho Rosales, and Gab Valenciano.

The Perks: Unlike the GMA 7 lot, these ABS-CBN haunts allow public access so the chances of rubbing elbows with kapamilya stars are relatively high.

Stars spotted: Reporters have been known to do ambush interviews at Grams, possibly because its easy to catch the network’s stars when they come here to eat. The likes of Billy Crawford, Mariel Rodriguez, and Bea Alonzo have all been interviewed on the spot here. Other celeb sightings include Martin Nieverra, Gary Valenciano, Gabby Concepcion, Maja Salvador, Vhong Navarro, and Bernadette Sembrano.

Places To Spot Stars Celebhangouts Grams Diner Fitnessfirstabs-cbn Republiqclub Fuelupbar Weekendsalcedomarket Jingmonissalon Atasteofl.a. Mr.kurosawa
Your Guide to Thriving in This Strange New World
Staying
In? What to watch, what to eat, and where to shop from home
OR
Heading
Out? What you need to know to stay safe when heading out