10 Netflix Picks That Will Bring Back Childhood Memories

Stream down memory lane with these throwback-worthy shows on Netflix 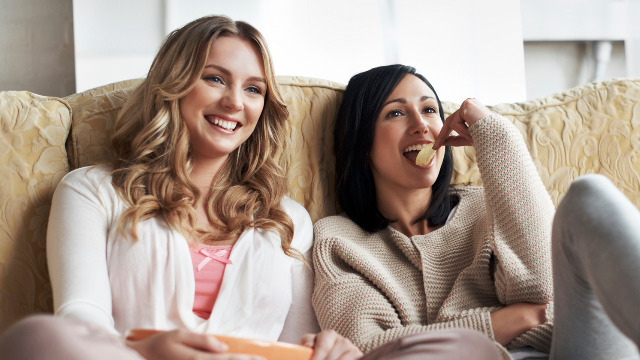 These days, old-school is the new cool. And with so many programs cribbing inspiration from decades past, you’re bound to feel more than a twinge of nostalgia when streaming these shows on Netflix:

Stranger Things (2016)
Both an homage and a reinterpretation of the movies your mom told you not to watch—e.g. Alien, Carrie, The Evil Dead, etc.—Stranger Things is just oozing with 80s nostalgia, which probably explains its global appeal. We’d love to make a list of every movie reference it makes, but that’s a whole other article unto its self.

The Get Down (2016)
The afro. The side burns. The bellbottoms. Anyone who grew up in the '70s knows these relics of the era only too well—raise your hand if you sported these styles as a child! And The Get Down accurately recreates the Bronx during the disco era, including the fashion, the music, the psychedelic parties, and the nascent hip-hop scene.

Fuller House (2016)
What girl didn’t swoon over Uncle Jessie in the original Full House? It’s a good thing, then, that John Stamos isn’t just producing the sequel, Fuller House, he’s also a recurring character in it. And yes, your favorite TV uncle is just as dreamy 20+ years later.

Unbreakable Kimmy Schmidt (2015)
Anyone who grew up before the internet era should feel for Kimmy Schmidt. Before the Internet became a utility, we may as well have been living underground, too. Good riddance to looking people up on an actual phone book!

Richie Rich (2015)
Back in the 90s, Macaulay Culkin was the acting wunderkind of his day. Fast forward to 2015, and another child actor is reprising one of his most famous roles: Richie Rich, a young billionaire whose lunch money is bigger than your annual salary.

Pac-Man and the Ghostly Adventures (2013)
As a child of the 80s, there’s a 99.99% chance that you played Pac-Man in your youth. And these days, Pac-Man isn’t just gobbling ghouls in video games, he’s also the star of his own series on Netflix.

Rurouni Kenshin (1996)
Who said Netflix was all about American shows? Believe it or not, it’s also home to some great anime series like Rurouni Kenshin, which was massively popular back in the mid-to-late 90s. Here’s to binge-watching your favorite kind-hearted, androgynous samurai!

Strange Hill High (2013)
If you were a fan of classic programs like Eerie Indiana and The Muppets Show, then Strange Hill High should be right up your alley. Bonus info: series creator John Weinstein was also a writer for The Simpsons, another iconic cartoon show from the 90s.

Want to watch all these programs and more? Sign up for Netflix’s free one-month trial and stream down memory lane all you want!