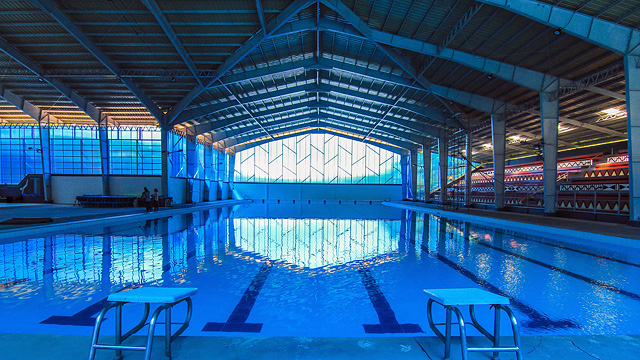 It's heated and solar-powered.

(SPOT.ph) Baguio City in Benguet has one of the country's lowest temperatures. It could be hot and humid down here in the Metro, but up there, the weather’s almost always chilly and refreshing.

Baguio City’s all-time low is at 6.3 degrees Celsius, recorded on January 18, 1961; while its most recent dip was at 10.4 degrees Celsius on January 22. You just know that taking a shower in the morning would be sure to wake you up. But if you're dead set on perfecting your swimming form with daily laps even when you find yourself up in the Cordilleras, you'll be glad to know that the city's public-access pool at the Baguio Athletic Bowl is set to reopen on October 31.

This comes after the seven-month rehabilitation of the sports complex, which started on March 18. The project, which cost P43 million, included replacement of the covered swimming pool's dilapidated roofing, installation of touch pads at both ends to adhere to competition standards, the addition of electronic score boards and diving boards, retiling of the floor, and refurbishing of the bleachers area. The depth of the pool was also increased by another meter to accommodate future diving events. The Olympic-sized swimming pool is temperature-controlled, which is a big plus in Baguio’s chilly weather, and powered by solar panels.

In a press release by Baguio City's local government, City Building Officer Engineer Nazita Banez said that the pool's solar-panel technology would cut down energy consumption and lower the sports complex's electric bill by 50%. Local officials are looking into adapting the same technology in the city's energy conservation program, specifically for their city hall.

Baguio Athletic Bowl is at Kisad Road, Baguio City, Benguet. It is open daily from 5 a.m. to 7 p.m., except holidays. Regular admission fee is at P50, while student's fee is at P25.