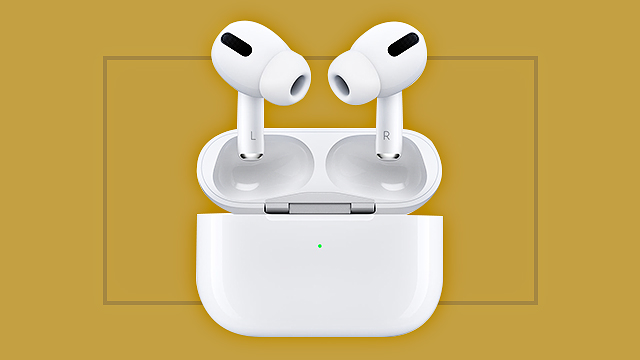 Here's How Much the AirPods 3 Is Probably Going to Cost

(SPOT.ph) Apple’s latest iPhone series—commonly referred to as the iPhone 13—is expected to be released around September or October of this year, though the tech giant has announced that their may be delays in the smartphones’ production and subsequent reveal, much like how the iPhone 12 was delayed by constraints brought about by the COVID-19 pandemic. "We expect supply constraints during the September quarter to be greater than what we experienced during the June quarter,” said Apple's chief financial officer Luca Maestri, reports Forbes. "The constraints will primarily impact iPhone and iPad."

Though we may have to wait a little longer to finally get our first look at the highly anticipated iPhone 13 lineup, Forbes has pointed out a silver lining that will make the wait all the more worth it: According to well-known Apple leaker dylandkt, the third-generation AirPods (a.k.a. AirPods 3) will be launched alongside Apple’s next iPhone series! MacRumors has also noted the possibility of a late 2021 release for the wireless earbuds. No official confirmation of this news has been announced by Apple just yet, but too late because we're already shaking with excitement. Not much has been revealed about the upcoming device, but here's what we know so far.

What to expect from the third-generation AirPods:

According to MacRumors, Apple's new wireless earbuds may have a design similar to the AirPods Pro, meaning shorter earbuds as well as a shorter but wider charging case compared to the original AirPods. However, MacRumors also explains that the third-generation AirPods are not expected to get the same high-level features that the Pro model boosts (like active noise cancellation) and “will be identical in overall function to the current AirPods.” Forbes corroborates this prediction, nothing that "the general consensus... is that though the design will be much more like AirPods Pro, the capabilities will not be, or not entirely."

3D renders of the possible AirPods 3 design were released in March by Gizmochina—they claim to have received the images from a trusted "supplier." The renders show the supposed AirPods 3 model features a charging case identical to the AirPods Pro, but with updated earbuds.

How much will the AirPods 3 cost?

According to AppleInsider, the third-generation AirPods may launch with a starting price of U.S. $199 (roughly P9,896). For comparison, the second-generation AirPods currently retail for P9,490 with a regular charging case and P11,790 with a wireless charging case. Though the current AirPods offers two different versions at two different price points, the third-generation AirPods may launch without the option to choose a charger, which means it's likely you'll only be able to charge your new earbuds with wireless chargers and not lightning chargers. With Apple releasing their new MagSafe Battery Pack this year, it looks like the tech company is putting their focus on wireless charging and may even be slowly moving away from traditional wired charging. AppleInsider also notes that the current Airpods, which start at U.S. $199  internationally, could possibly move down in price to U.S. $159 (roughly P7,907) once the new model is released.

Shopping Savvy Adventurer Seasoned Airpods Apple Gadgets Staying In Topspot Shopping Apple Leaks Product Price
Your Guide to Thriving in This Strange New World
Staying
In? What to watch, what to eat, and where to shop from home
OR
Heading
Out? What you need to know to stay safe when heading out