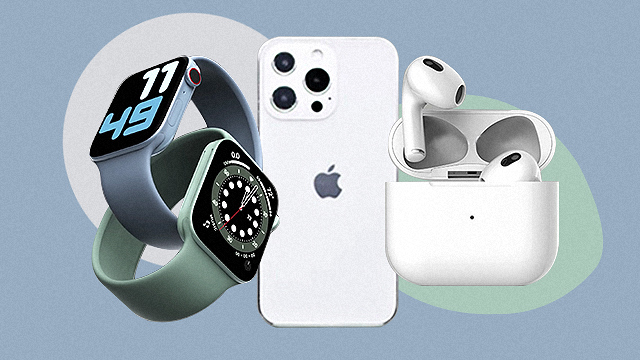 Apple Is Officially Unveiling Their New Gadget Lineup This Month; Here's What to Expect

The new iPhone series, for one.

(SPOT.ph) For months now, we've been keeping up with insider leaks and tech-world rumors anticipating Apple's next big gadget release. Well, we're happy to announce that the wait is finally almost over: Apple officially announced the date of their next Apple Event! According to a tweet posted by Apple's Senior Vice President of worldwide marketing Greg Joswiak, the next Apple Event will take place on September 14, 10 a.m. Pacific Daylight Time. In local time, that's on September 15 at 1 a.m. sharp. Mark your calendars and set your alarms!

The event announcement comes with no specific details or hints about what may possibly be revealed this time around. However, following the rumors that have been circulating this past year as well as the blueprint set by Apple events of years past, experts seem to be pretty confident in their predictions of what we'll be seeing on September 14.

These are the gadget reveals insiders are expecting to see at the September 2021 Apple Event:

No upcoming device in Apple's lineup is as highly anticipated—or as aggressively speculated about—as the next iPhone, which has been dubbed the iPhone 13, though no official name has been announced. The expected unveiling of Apple's new and improved smartphone series follows the annual reveal of previous iPhones, which have historically been launched and released some time between September and November. Rumors about the iPhone 13 have been circulating for months now with tech experts predicting its new design, specs, colors, price range, and more. Leading tech authorities like TechRadar and Marques Brownlee have noted that like the iPhone 12, the iPhone 13 series will include four phones, following the blueprint set by the former: the iPhone 13 Mini, the iPhone 13, the iPhone 13 Pro, and the iPhone 13 Pro Max.

Also read:
All the Rumors About the iPhone 13: Features, Prices + More

In March, Gizmochina released 3D renders of the possible design for the third-generation Apple Airpods (a.k.a. AirPods 3), which they claim to have received from a trusted "supplier." The renders show that the supposed AirPods 3 model features a charging case identical to the AirPods Pro, but with updated earbuds.

MacRumors reports that the third-generation AirPods are not expected to get the same high-level features that the Pro model boasts (most notably active noise-cancellation) and "will be identical in overall function to the current AirPods." Forbes corroborates this prediction, nothing that "the general consensus... is that though the design will be much more like AirPods Pro, the capabilities will not be, or not entirely."

Also read:
Here's How Much the AirPods 3 Is Probably Going to Cost

In May, well-known Apple leaker Jon Prosser (also the man behind YouTube channel Front Page Tech) released 3D renders of the Apple Watch Series 7, which is expected to be revealed at Apple’s September Event. Both Prosser and Apple analyst Ming-Chi Kuo predict a significant design change, CNET reports. Prosser’s renders show thinner bezels and flat edges on the watch face, perhaps in an attempt to match the flat-edge design featured on the iPhone 12 and iPad Pro. The iPhone 13 is expected to follow suit with experts speculating that Apple is going for a more seamless look across their gadget ecosystem.

Shopping Staying In Gadgets Iphone 13 Iphone 13 Leaks Apple Leaks Airpods Apple Apple Watch Topspot Shopping Savvy Adventurer Seasoned
Your Guide to Thriving in This Strange New World
Staying
In? What to watch, what to eat, and where to shop from home
OR
Heading
Out? What you need to know to stay safe when heading out