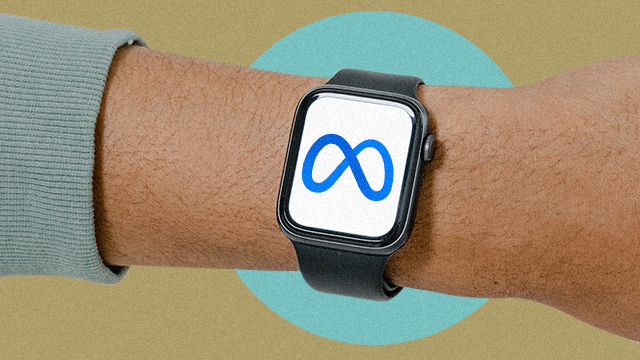 (SPOT.ph) The Internet is on fire after Facebook, Inc., the parent company behind massive online platforms Facebook, Instagram, WhatsApp, and more, officially changed its name to Meta, Inc. The new name signifies the company's vision to help "build the metaverse, a place where we'll play and connect in 3D." That is to say, where the lines between the real and the digital blur.

Also read:
Facebook Inc. Is Now Meta, and the Internet Is Not Amused

Aside from their various social-media platforms, Meta also manufactures virtual-reality headsets and Portal video-chat devices. And now, it looks like they’re expanding their tech range. It was first reported in February by The Information that the company formerly known as Facebook has been working on their very own smartwatch. Today, October 29, Bloomberg obtained and released exclusive pictures of the device.

Here's everything we know about the Meta Smartwatch so far:

The leaked Meta smartwatch was found by app developer Steve Moser inside one of the company's apps. The app in question is used for controlling their new smart glasses launched in partnership with Ray-Ban. The image shows a device with a large display on a square watchface with curved edges. Look closely and you'll see a front-facing camera built into a notch at the bottom of the display along with a control button on the right side of the device. The camera on the Meta Smartwatch suggests that the device will primarily be used for video conferencing.

Bloomberg notes that the design largely mimics the distinct style of Apple's line of smartwatches known as the Apple Watch, the latest iteration of which was unveiled in mid-September. Apple's version of the technology, however, does not feature a front camera and nor do rival companies' models, making the upcoming Meta Smartwatch a stand-out find in the market.

Should Meta's smartwatch launch in 2022, it would be directly competing against the next generation of Apple Watches. Bloomberg notes that "a move into smartwatches would escalate a rivalry between Meta and Apple, which have battled over app store policies and privacy changes to the iPhone operating system."

Additionally, they say, Apple is also planning to debut its first mixed-reality headset in 2022, creating more competition between the two tech giants. The introduction of smartwatches by Meta may also indicate even more personal-use devices for the multinational in the future, strengthening its powerhouse status in the industry. According to Bloomberg, "a Meta spokeswoman declined to comment" on the watch.