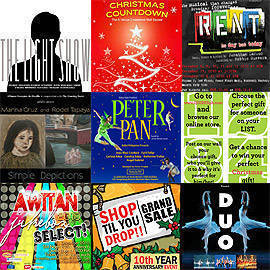 Catch a <em>Peter Pan</em> ballet, watch the <em>Rent</em> rock musical, finish off that Christmas list, and more! Plus, where to spot Manila’s hottest bands.

1. BALLET YOUR WAY TO NEVERLAND. 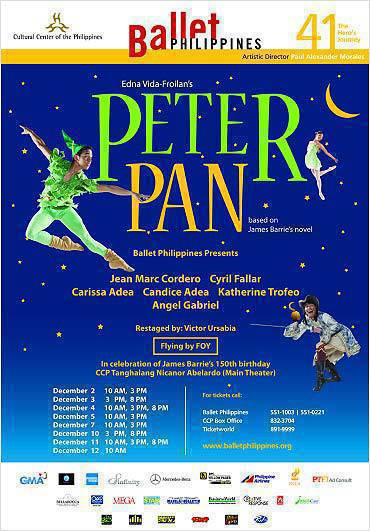 Catch Ballet Philippines’ Peter Pan until December 12 at the Tanghalang Nicanor Abelardo (CCP Main Theater), CCP Complex, Pasay City. Revisit the timeless tale by James Barrie, as told through dance, of the boy who refused to grow up. See Peter Pan flying with Wendy, John, and Michael as they meet Captain Hook, Smee, Tinkerbell, Tiger Lily, The Lost Boys, and other denizens of Neverland. To see the schedules, click here. For inquiries, contact Ballet Philippines at 551-1003 or 551-0221.

2. FEEL THE SEASON OF LOVE FROM THE RENT ROCK MUSICAL. 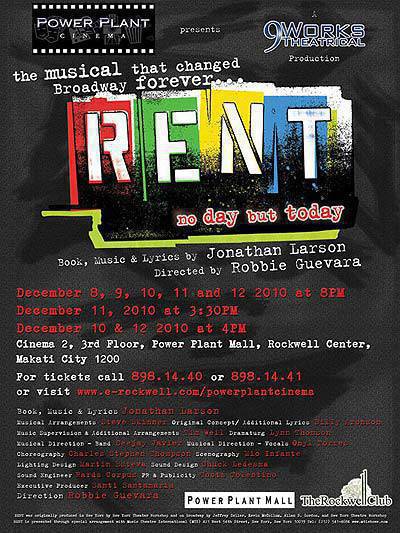 3. START THE COUNTDOWN TO CHRISTMAS. 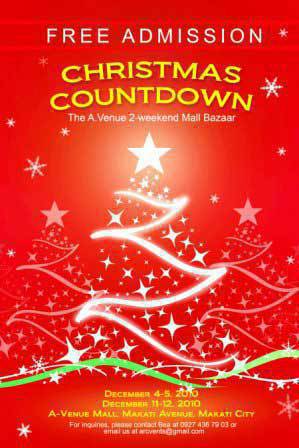 Finish your Christmas shopping at the Christmas Countdown Bazaar on December 11 and 12, 11 a.m. to 12 midnight at A. Venue Mall, Makati Avenue, Makati City. Entrance is free. For inquiries, contact (0927) 436-7903. Also check out SPOT.ph’s Ultimate Bazaar Guide. 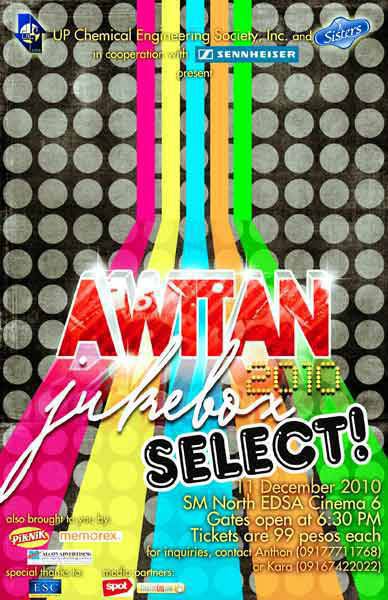 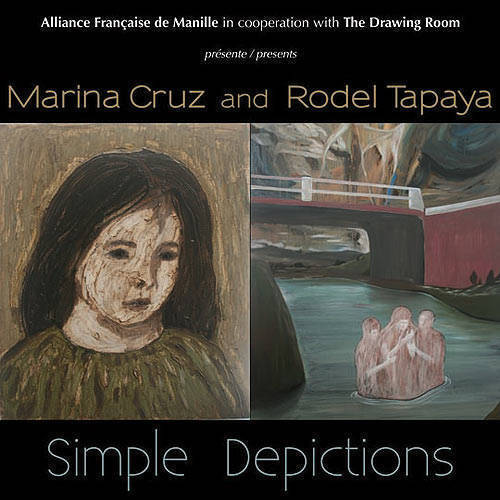 View Simple Depictions, an exhibit by Marina Cruz and Rodel Tapaya, which runs until December 16 at  the Alliance Française Total Gallery, Alliance Française de Manille, 209 Nicanor Garcia Street (formerly Reposo Street), Bel-Air 2, Makati City. The exhibit is simply about people and places. Cruz’s works look like portraits of children that dwell on memory, while Tapaya explores the mystery of rural landscapes.  His works depict scenes that are both common and complex. For inquiries, contact Alliance Française de Manille at 895-7441/895-7585 or e-mail Earl Parco (Cultural-PR Officer) at cultural@alliance.ph.

6. FIND OUT WHY TWO IS BETTER THAN ONE. 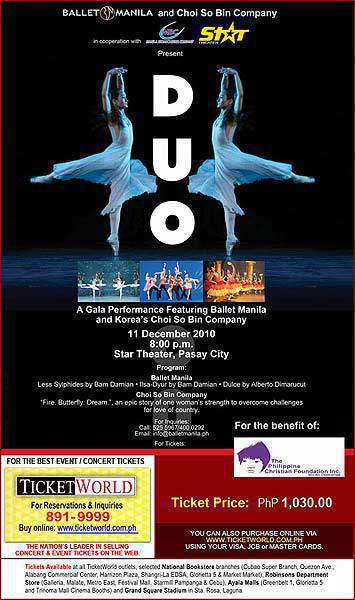 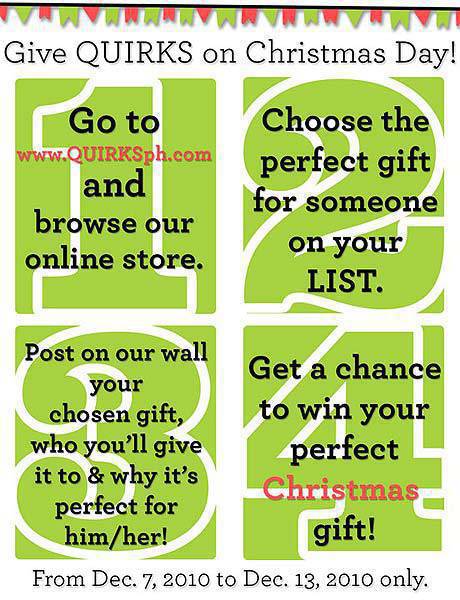 Join the Give QUIRKS on Christmas Day online promo by Quirks Novelties and Curiosities, which runs until December 13 and get a chance to win your Christmas gift of choice. Simply log on to www.QUIRKSph.com and browse their online store. Choose your perfect gift and post it on the Quirks Novelties and Curiosities Facebook wall along with information such as who you’ll give it to and why it’s perfect for him/her. For updates, visit the Quirks website and Facebook page.

8. JOIN THE RACE TO BUILD HOMES. 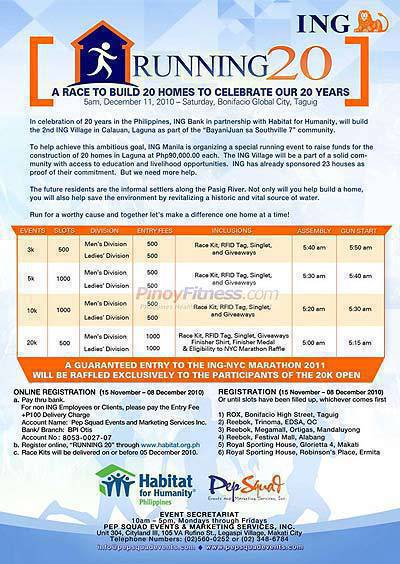 Runners of the ING Running 20 event on December 11, 5 a.m. at Fort Bonifacio Global City, Taguig better start their running preps as they will race to build homes.The event is in celebration of ING Philippines’ 20 years in the country. Through the event, ING Philippines and Habitat for Humanity hope to build 20 homes in Calauan, Laguna. For more information, call Pep Squad Events at 560-0252/348-6784 or email info@pepsquadevents.com. 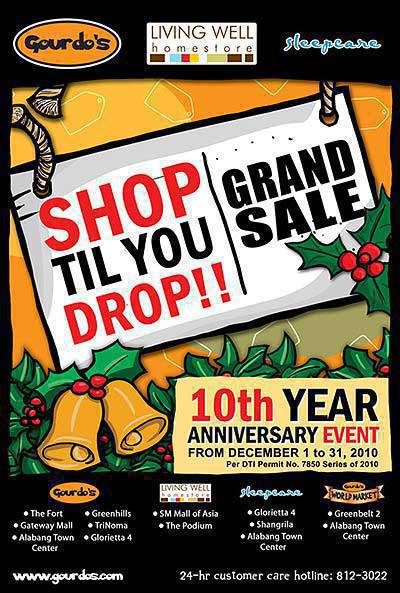 10. LIGHT UP YOUR SATURDAY. 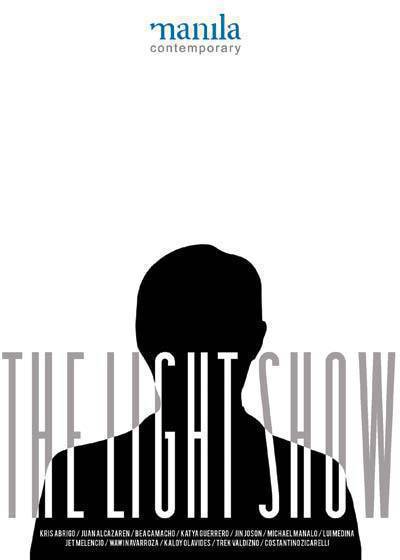 View The Light Show, an exhibition of light sculptures and objects, which runs from December 11, 2010 to January 9, 2011 at Manila Contemporary, Whitespace, 2314 Pasong Tamo Extension, Brgy. Magallanes, Makati City. Conceptual artist and curator Katya Guerrero collaborated with 12 artists who worked with their hands in exploring themes of design, technology and spirituality.The Light Show stems from the belief that an individual might need to experience darkness to have a renewed appreciation of light. This event also marks Manila Contemporary’s second year in the Filipino art industry. For inquiries, contact Sidd at 844-7328 or email s.perez@manilacontemporary.com.

Route 196 - Soulchild Productions at Route 196 featuring Julianne and others to be announced, 8 p.m.

Saguijo - Admit One with  Dong Abay, Peryodiko, and  Sugarfree, 6 p.m. 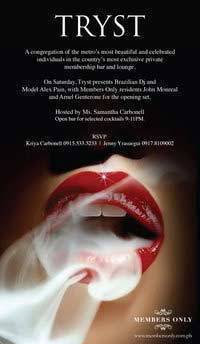 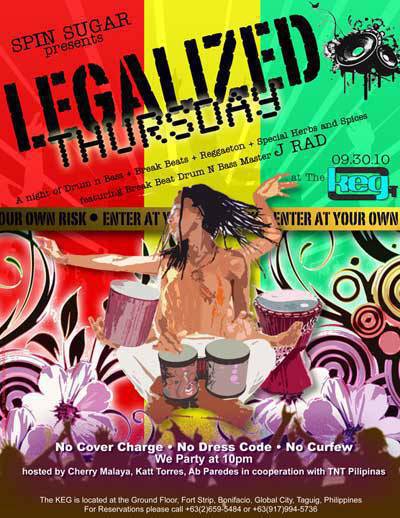