Sing and dance along to your favorite hits by Taylor Swift, watch as Stellar goes pop, revisit the story of Hansel and Gretel, and more. 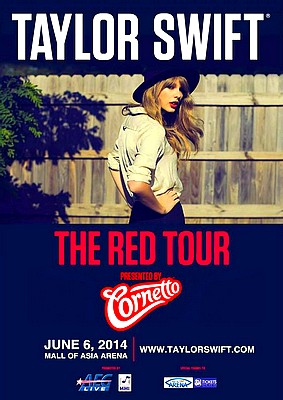 Don’t miss Taylor Swift Live in Manila on June 6, 8 p.m., at the SM Mall of Asia Arena! She is currently on the Red Tour and will be stopping by Manila for the second time.

Taylor Swift, who writes all of her own songs, is a seven-time Grammy winner, and is the youngest winner in history of the music industry's highest honor, the Grammy Award for Album of the Year. She is the No. 1 digital music artist of all time, the only female artist in music history to twice have an album hit the one million first-week sales figure, and is the first artist since the Beatles to log six or more weeks at No. 1 with three consecutive studio albums. Her Red album includes hit songs such as "We Are Never Ever Getting Back Together," "22," "Red," and more. 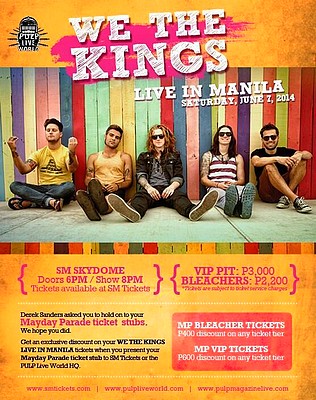 We the Kings are back in Manila for their Somewhere Somehow Tour! Catch them on June 7, 8 p.m., at the SM Skydome!

Hailing from Bradenton, Florida, We The Kings have been adding color to the pop-punk spectrum of music since 2005. They released their self-titled debut in 2007, which includes the Platinum single, "Check Yes Juliet." The following year, they won "Best Pop Punk Artist" at the Rock on Request Awards. In 2009, they released their follow-up record, Smile Kid, which features Top 40 singles; the Teen Choice Awards-nominated "We’ll Be A Dream" with Demi Lovato and "Heaven Can Wait." Following their two year release pattern, they delivered Sunshine State of Mind in 2011 and Somewhere Somehow in 2013. 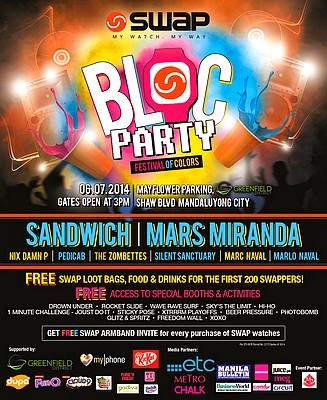 Join the Swap Bloc Party on June 7, 6 p.m., at the Mayflower Parking of the Greenfield District. Party to the music of Sandwich, Mars Miranda, Pedicab, The Zombettes, and more. In celebration of its first anniversary, the event will be showcasing its existing designs, plus the upcoming collection that will be exclusively shown on that day only. Enjoy a night of good music, good food, and exciting activities! 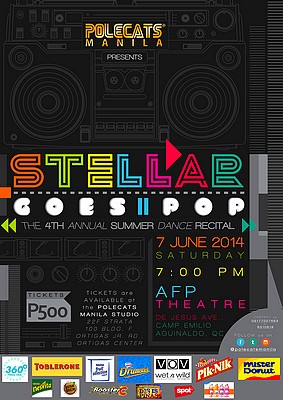 The show is Polecats Manila's fourth Summer Recital and is aimed at highlighting the skills and talents of the students, fondly called the Pole Kittens, Tigers, and Cougars. The show will feature recitalists and guests doing pole, aerial silk, and aerial hoop routines to pop songs from the ’70s to 2000s. It will be an exhibition of art, athleticism, and passion for this new artform.

Tickets are priced at P500. 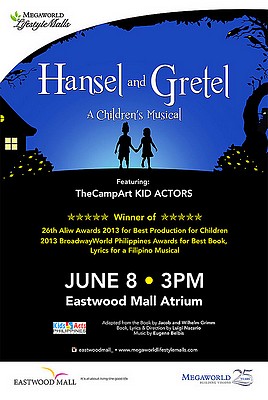 Get ready to be transported to a world of magic and mystery on June 8, 3 p.m., with Hansel and Gretel: A Children’s Musical. Catch this production at the Eastwood Mall Atrium.

With script, lyrics, and direction by Luigi Nacario and music by Eugene Belbis, the play promises to give the audience a night of world-class theater entertainment as it brings to life the colorful journey of Hansel and Gretel, who find themselves in the middle of a whimsical forest after they are deliberately sent out by their stepmother during a great famine. 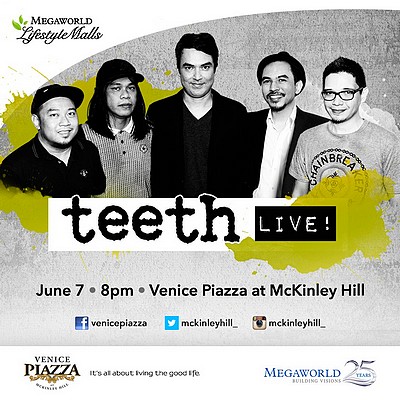 Catch a live performance of one of the biggest ’90s rock bands. Watch Teeth perform live on June 7, 8 p.m., at the Venice Piazza in McKinley Hill. This influential rock band is the group behind the famous song "Prinsesa." For more information, click here.

The Embassy of Spain in the Philippines and the Cultural Center of the Philippines present Suite Española (Spanish Suite), an original performance that combines classical music and flamenco singing in search of common ground, on June 7, 7:30 p.m., at the Tanghalang Aurelio Tolentino (CCP Little Theater).

In Suite Española, a classical pianist and a flamenco singer mix piano scores with flamenco songs in search of a better understanding of that evolution, exploring both worlds, looking for their roots and freely interpreting the compositions of Granados, Albéniz and Falla. Suite Española is performed by flamenco singer Rocío Márquez Limón and classical pianist Rosa Torres-Pardo, two Spanish artists who have successfully performed the show in Spain and for the very first time in Asia, from Tokyo to Manila. 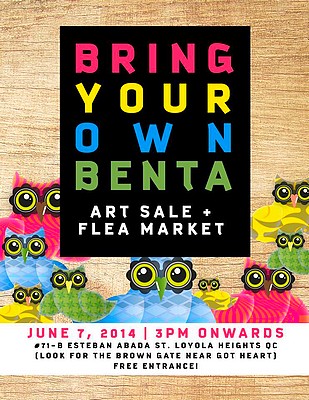 Experience a day of discovering unique, well-priced art finds right in the heart of Katipunan! Drop by Bring Your Own Benta on June 7, 3 p.m., at Loyola Heights, Quezon City. Shop everything from postcards to small paintings to old magazines and books to t-shirts and more! 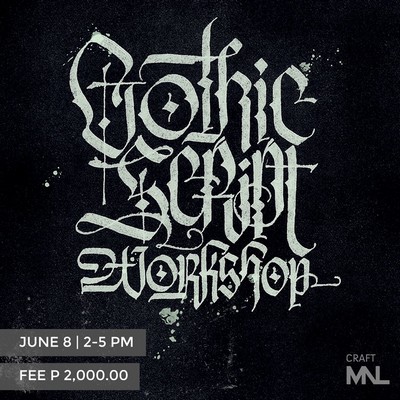 Discover a new kind of calligraphy at Craft MNL’s Gothic Script Workshop, happening on June 8, 2 p.m., at The Collective. The workshop fee is P2,000.

Take your handwriting to another level with multi-disciplinary designer Patrick Cabral this weekend! A man of few words, Patrick prefers to let his work speak for itself. He can draw and paint a piece in one minute, and design and code an app in another. He has also collaborated with Jessica Walsh of Sagmeister and Walsh on a social experiment, which became quite the phenomenon, Forty Days of Dating. It recently got picked up for film and book adaptations. His artwork, a calligraphy statement featuring the quote: "Time Enjoyed Wasting is Not Wasted" is one of the most repinned and shared images of the project. Because of its success, it led to another collaboration, this time with Tattly.com, a company that makes temporary tattoos, and two of his calligraphy works are now available for purchase. He is currently the only artist based outside the US in their roster. 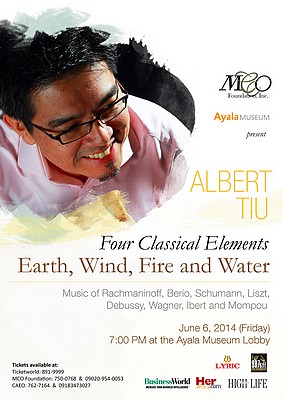 The Manila Chamber Orchestra (MCO) Foundation celebrates its 29th year through its 2014 Season of Performances, opening with a concert of pianist Albert Tiu, internationally labeled as "an artist who possesses a golden tone, an utmost sensitivity and impeccable musicality... his subtlety and poetry approach to music makes you listen with a new ear" by London based Gramaphone , in Four Classical Elements: Earth, Wind, Fire and Water on June 6, 7 p.m., at the Ayala Museum.

In a program of compositions inspired by the four elements of nature (air, wind, water and fire) that evoke a kaleidoscope of emotions and colors, Tiu will perform the works of Schumann, Liszt, Debussy, Berio, Messien, Rachmaninoff, to name a few.

One of the most highly respected Filipino pianists today, Albert Tiu is a winner of numerous high profile piano competitions, including the Honens (Calgary), the Paloma O'Shea (Santander), Maj Lind (Helsinski), and UNISA (Pretoria). He became the first Filipino to be invited to record under DECCA, the recording mecca for classical artists. His recording entitled "Nocturnal Fantasies" and Rachmaninoff's works for Cello and Piano with equally renowned cellist Qin Li Wei received glowing reviews from the London's Gramophone.