10 Things to Do in Manila This Rainy Season

You’ll want to brave the rain for these. 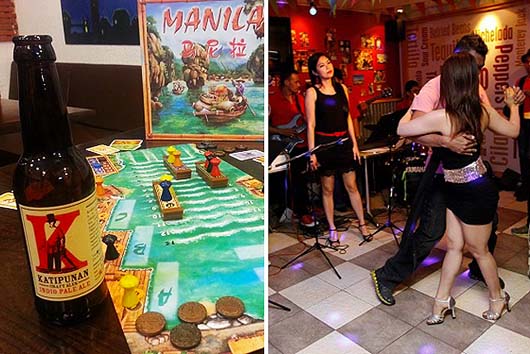 (SPOT.ph) Curling up in bed may be the quick answer to the frightful weather we’ve been experiencing, but we don’t accept that as a valid reason to be cooped up inside the house. The rainy season is going to stay here for awhile and we’re pretty sure you’ll soon start itching for some activities beyond the confines of your homes. There are still some places in the city that will lift those rainy day spirits while keeping you safe and dry. 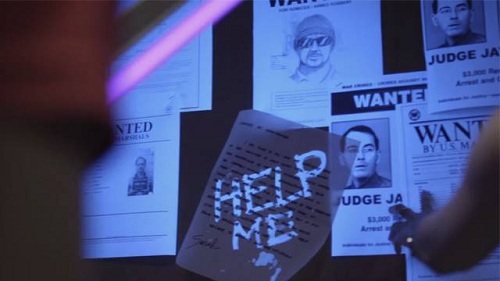 Gather your friends (or heck, your whole family, including lola) for the ultimate test of brains and skills-and possibly the ultimate test of your friendship too. With a limited time and set in a confined space, you’re challenged to solve a mystery or break out of a room. At Mystery Manila, you can pick up a murdered detective’s unfinished case, disarm a bomb, or escape the chamber of a killer. At Breakout Philippines, you’ll need to break out of a prison in the midst of a riot or an abandoned home set in zombie-infested Manila. Definitely beats sitting bored at the mall on a Sunday. 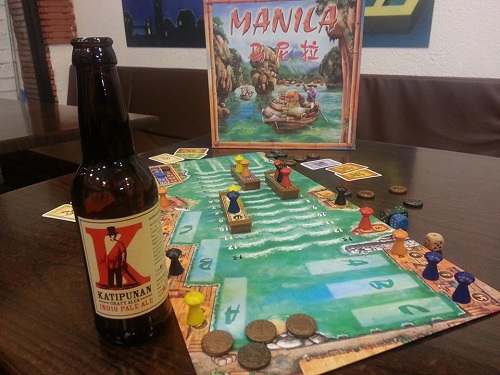 If you want some games that won’t induce heart attacks or panic anxiety, sit down for a round of Fun Farm or Cards Against Humanity at Ludo Boardgame Bar and Cafe. With over 300 games, you and your gang can grab some grub and drinks and settle in for a rainy night of table games. If you’re more into music, bring your competitive side to Big Bad Wolf on Thursday nights for Thursday Throwdown, quiz nights that focus on music and last for three rounds. The last one requires a bit singing (don’t worry, you don’t need amazing vocals, just a good mind for memorizing lyrics), but prizes await those who win. 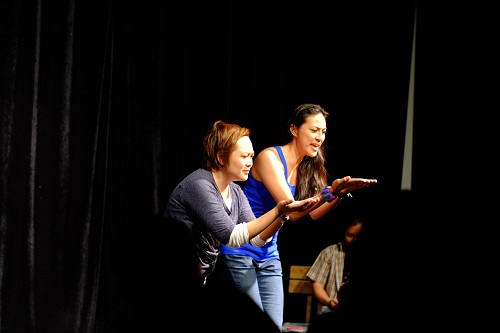 Trade your comedy series marathon for a live improv show with the Silly People’s Improv Theater (SPIT). Unrehearsed, totally improvised routines from this group of actors will leave you impressed and possibly rolling on the floor laughing. They’ll even make you think on your toes because audience participation is heavily encouraged. SPIT holds their shows at cafes and restaurants around the metro, so you get dinner and a show! 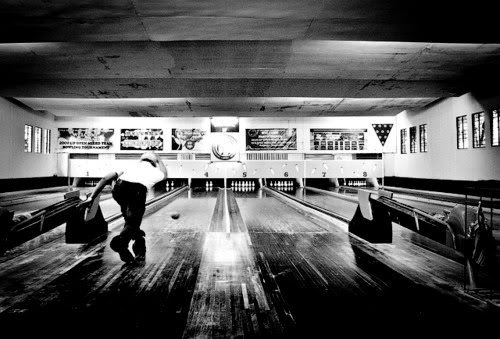 Not regular old bowling. Duckpin bowling! The difference is that the pins and balls are smaller, which makes it more difficult than your standard 10-pin. You may head over to UPAA Recreation Hall at U.P. Diliman in Quezon City to try it out. While you’re on campus, grab some isaw too. 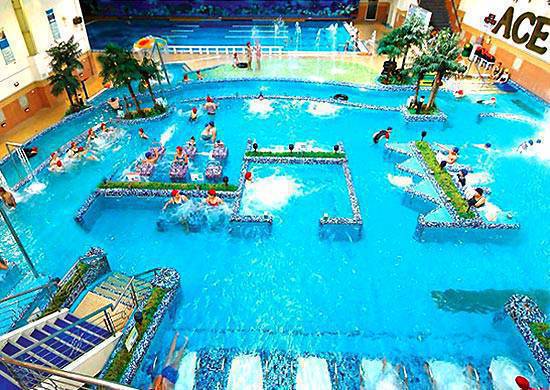 Nothing beats relaxing and splashing around in pools that aren’t of floodwater. Since it’s pouring outside, make a beeline to the city’s indoor pools instead. The Pasay Sports Complex is conveniently roofed and open to the public, but if you’re looking for something fancier, head over to ACE Water Spa in Quezon City or Pasig City, where you can find a little water park in the middle of the metro. 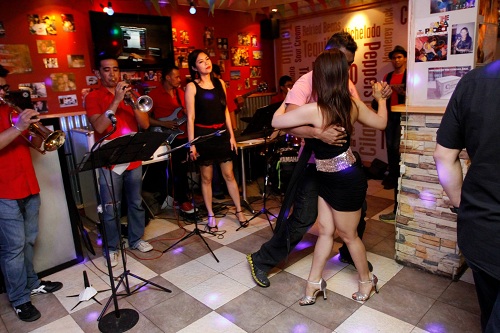 Sick of the tugsh tugsh at the clubs? The Salsa Project comes together on Saturday evening at Chihuahua Mexican Grill along Makati Avenue for steamy nights of salsa dancing. After a couple of frozen margaritas, you’ll feel like stepping up to the dance floor too. Worried you don’t have right moves? The Salsa Project offers free lessons too. 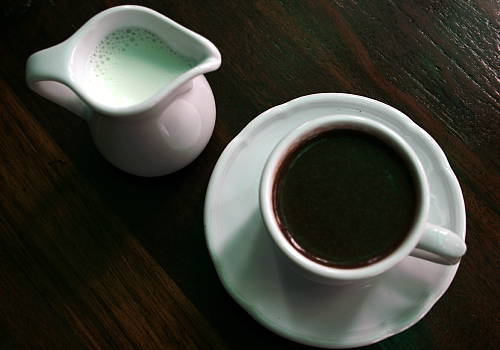 On those cold evenings, we all yearn for something hot in a cup or a bowl to warm our hands and our tummies. How about a cup of Chocolate Eh (P75) from Cafe Adriatico or a steaming bowl of ramen from Nomama Artisanal Ramen? Or ice cream. That’s right, eating ice cream actually helps regulate your body temperature. Also, ice cream just tastes great, no matter the weather. 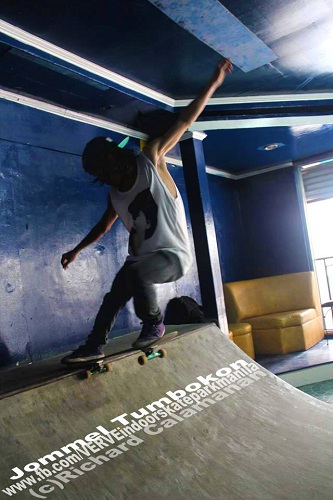 For skateboarders, Manila during the rainy season is the worst time of the year-unless you’re into that extra adernaline rush of skating down slippery sidewalks and crashing into puddles. Fortunately, there’s VERVE, an indoor skatepark in Manila. Organized "by skaters for skaters," skateboarding enthusiasts can feel right at home here when the rain is ruining their outdoor playground.

If you’re growing tired of your usual routine at the gym, try Kangoo jumps! No, we don’t mean packing off to Australia and riding in kangaroo pouches (although that would be intersting).  FTX has a program that utilizes Kangaroo shoes, training shoes with an extra bounce on the sole. It has benefits like better protection for your joints and spinal column as well as giving you more power while working out. And there’s also the fact that you can jump, bounce, and even dance around. 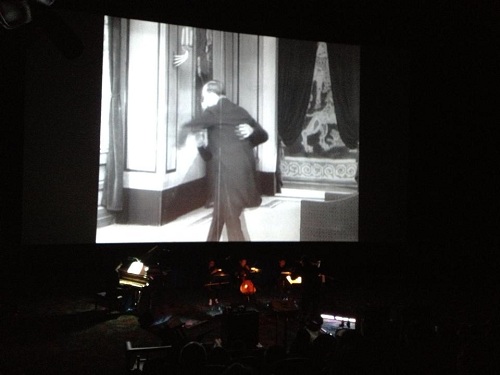 Relive the magic of the silent film era with the 8th Manila International Silent Film Festival opening on August. Before "talkies" became a trend, audiences would watch silent movies to the accompaniment of a live orchestra. You can expect the same at this film festival, where movies like Curro Vargas from Spain, Chuji Tabi Nikki (A Diary of Chuji’s Travels) from Japan, and our own Ang Tigmo sa Aking Pagpauli (Riddles of My Homecoming) will be screened.

The Manila Silent International Film Festival is from August 28 to 31 at Shang Cineplex, Shangri-La Plaza, Mandaluyong City. Admission is free on a first-come-first-served basis.

Things To Do Mysterymanila Sillypeople’simprovtheater Breakout Manila Big Bad Wolf Chihuahuamexicangrill Fitness
Your Guide to Thriving in This Strange New World
Staying
In? What to watch, what to eat, and where to shop from home
OR
Heading
Out? What you need to know to stay safe when heading out