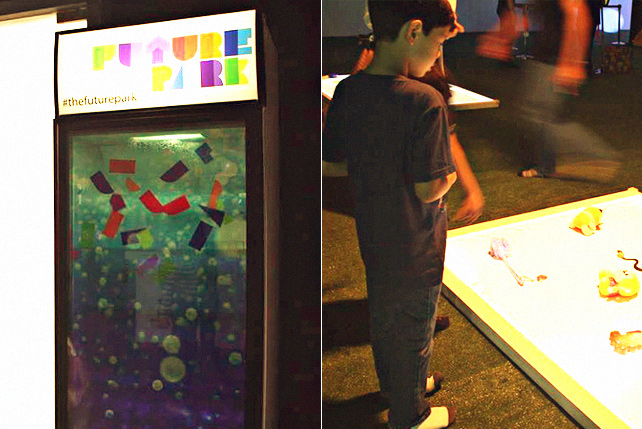 CHECK IT OUT: Future Park at Century City Mall

The playground of the future. 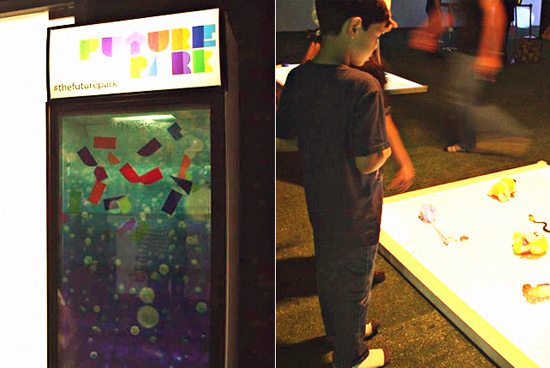 (SPOT.ph) If you think technology is to be blamed for the decline of human interaction, then perhaps you’re just not using it right. Because at Future Park in Century City Mall, Makati, technology pushes kids—and kids at heart—to unleash their creativity through activity.

“It’s a pop-up interactive visual playground,” explains Varik Ong, curator of Future Park. “Especially nowadays, parents are scared of technology. When you say digital, they would think that you just go to that playground and play with your iPad. Here, everything is interactive. You’re moving. You’re not just on the screen. The kids are actually active. And that’s what we want to encourage.”

Future Park offers techy interactive games from the Philippines, U.K., U.S., Canada, and the Netherlands. There are even a few award-winning games whose names would be enough to get the whole family excited: Head Rush, Room Racers, Wall Art, Impact Balls, Gravity Balls, Social Floor, and Sketch City.

So what brought about this game-changing idea? “The inspiration was actually my daughter. I have a two-and-a-half-year-old daughter,” confesses Varik. Being in the events industry, he is forced to spend a lot of time away from her and he didn’t want to do that any longer. So he created something to change that. “Instead of just offering technologies to corporate clients, I decided to bring it closer to kids. Maybe we can inspire them at an early age kasi most of the attractions are really techy, interactive. ” 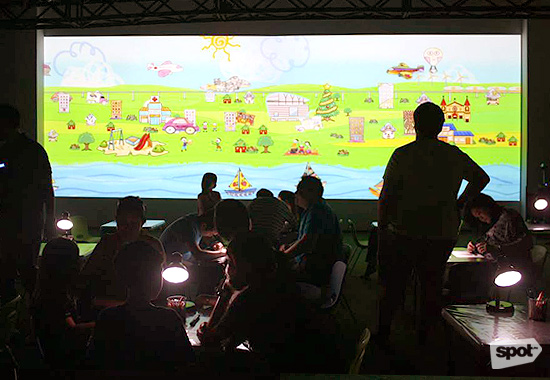 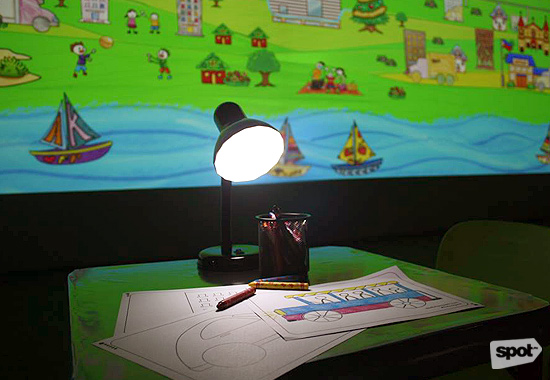 At Sketch City, drawings are scanned, then appear on the big screen. 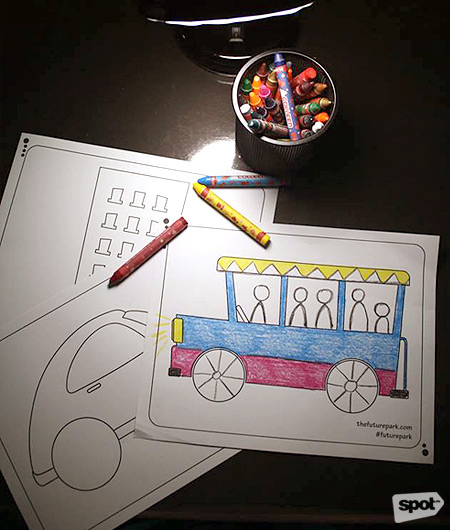 There are about 10 patterns to choose from. Pick from all sorts of buildings and vehicles. Here, we picked a jeepney! 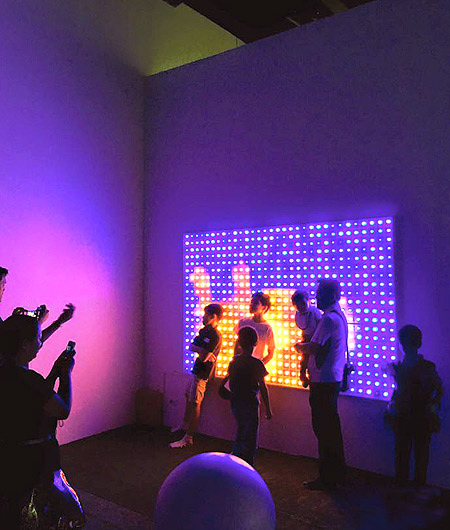 Today’s version of a disco floor? The Interactive Wall Art changes color when touched. The best part is that it can be applied to the floor, walls, and even furniture. (Photo from Future Park's FB page) 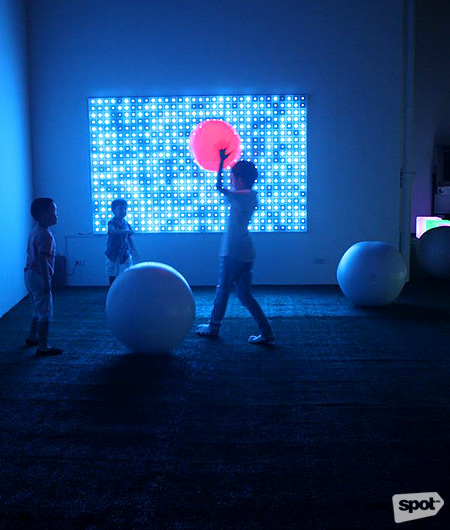 From Canada, these beach ball-like orbs are called impact balls. They change color whenever you tap them. 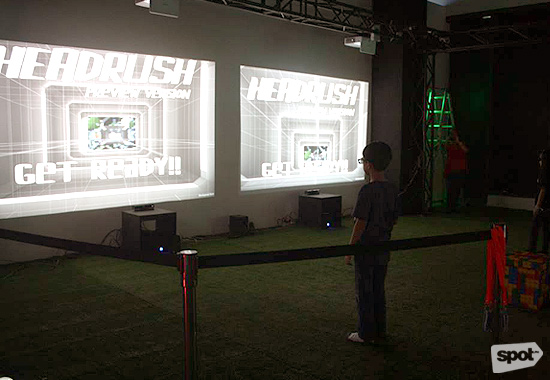 An award-winning game from the Netherlands, Head Rush is a 3D virtual game that encourages the player to move his or her body. “What’s nice is that it’s not just a simple race game. Once you’re ahead, you also have to play around with your movements so that the guy chasing you would get confused,” says Varik. 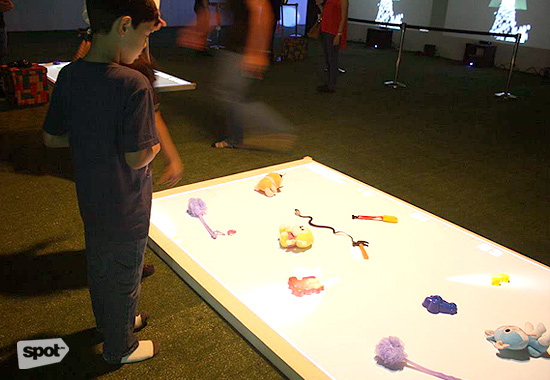 Another award-winning game from the Dutch is Room Racers. These remote-controlled virtual cars react to actual physical pieces in real time. So anything, absolutely anything, can be used to manipulate the outcome of a race! 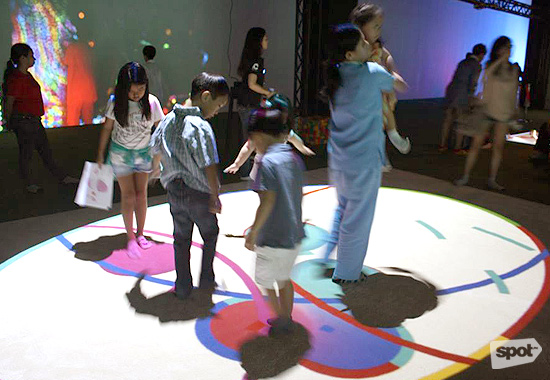 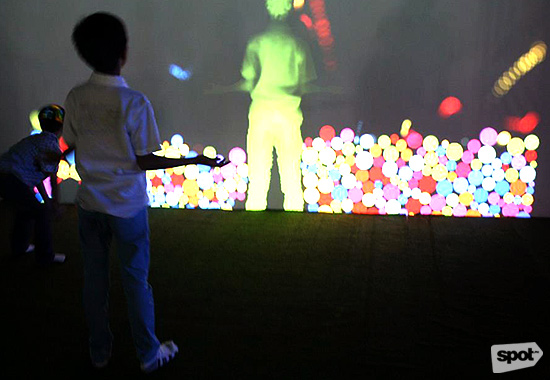 Gravity Balls is another attraction from Canada. It is an interactive game where your silhouette can manipulate the virtual balls that appear on the screen.

The one thing to keep in mind is that Future Park is a pop-up—it’s not permanent, so you'll have to catch it before the end of January. And like childhood, it could be gone before you know it. So when is the time to play with your kid at Future Park? The answer is now.

Future Park is at the 4th Level, Century City Mall, Kalayaan Avenue, Makati City. December promo rates are priced at P350 on weekdays and P550 on weekends and holidays. For ticket information and more details, visit Future Park's Facebook page or log on to their website.

Future Park Century City Mall Interactive Playground
Your Guide to Thriving in This Strange New World
Staying
In? What to watch, what to eat, and where to shop from home
OR
Heading
Out? What you need to know to stay safe when heading out