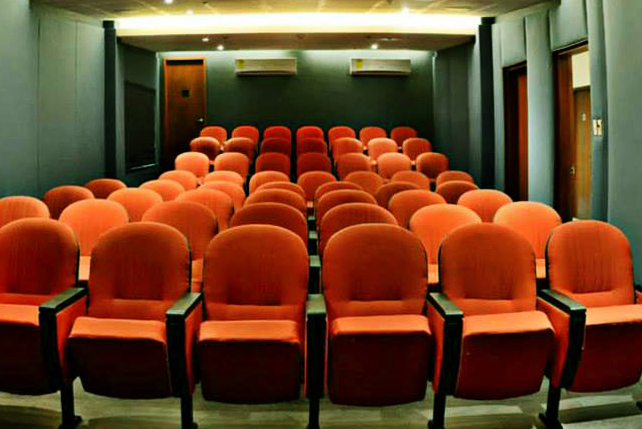 From indie flicks to foreign films, we show you our picks for where to go for some binge-watching in Manila. 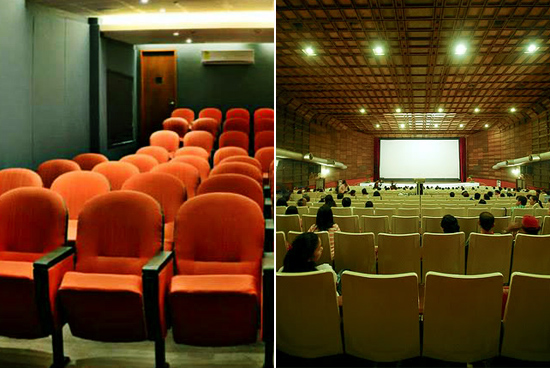 (SPOT.ph) There's more to Manila's vibrant movie scene than just regular theater releases and the annual Metro Manila Film Festival. Whether you want to catch a local indie gem or maybe even a thought-provoking foreign film, there are plenty of places in Manila that will cater to your cinematic needs. 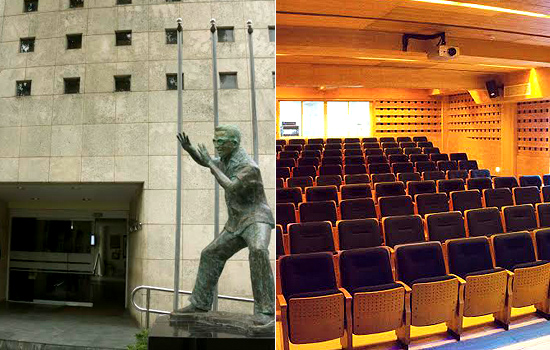 You have the Film Development Council of the Philippines to thank for the first cinematheque in the Metro. The building houses a film museum, classrooms for lectures, a café, a souvenir shop, and of course, a 101-seater theater that screens classic and contemporary Filipino films every week. They also host international screenings in partnership with embassies around Manila. If you attend five paid screenings, you get a free membership card that entitles cardholders to go on special queues and earn rewards in the future! 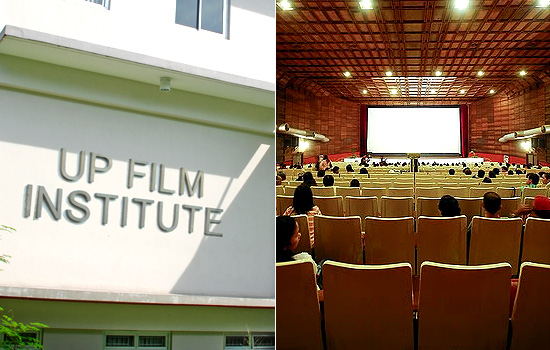 UPFI's Cine Adarna boasts of an 800-seater cinema while the Videotheque is a modest 80-seater. Both screen local films free from censorship. (Yup, no MTRCB ratings here!) You can always expect a diverse Pinoy movie lineup, from award-winning indie gems to classic favorites in partnership with ABS-CBN Film Restoration. Ticket prices may vary depending on the film, but you can also expect the occasional insightful lecture from the cast and crew. 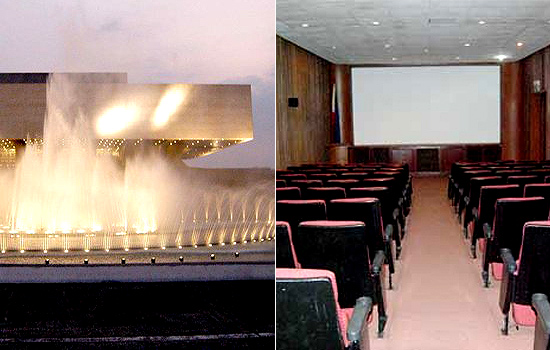 Have you always wanted to catch a Cinemalaya film, but you never seem to find the time once the festival rolls around? The Cultural Center of the Philippines hosts the Arthouse Cinema series, which screens Cinemalaya films every second and last Thursdays of the month at 1 p.m. and 4 p.m. in the CCP Dream Theater. Best of all, admission is free! 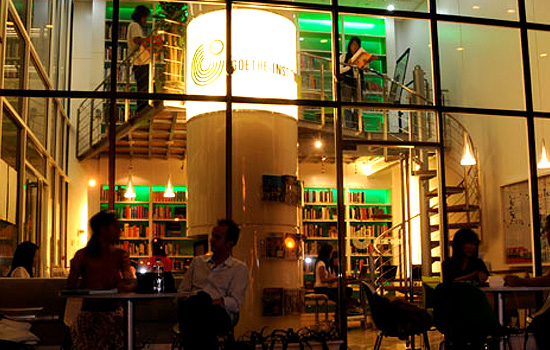 There's more to this institute than just a place to learn a new language! Every week at 6 p.m., they host Wednesday Movie Nights, which showcase subtitled German films and TV series. Screenings are usually for students to make learning more interesting, but they are also open to non-students. Admission is free, but you'd have to wait until February 2016 for the series to resume screening, as they're currently renovating their library. 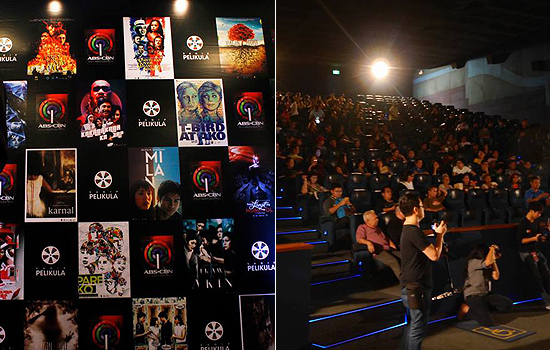 Thanks to the dedicated team behind ABS-CBN Film Archives and Central Digital Lab, Inc., movie fans are now able to sit back and watch Filipino classic films restored and remastered in full HD format. Think titles like Sana Maulit Muli, Ikaw ay Akin, Milan, Dekada '70, Oro, Plata, Mata, and more. Every now and then, they host their highly anticipated REELive the Classics series at Power Plant's Cinema 5, with ticket prices at around P230 each. They also plan to have scheduled screenings at UP Diliman and other malls around the Metro. (Bonus: You can also find restored films in DVD format!) 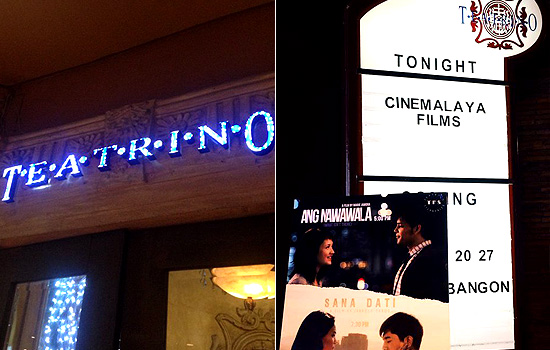 Promenade Mall's Teatrino theater is usually home to lectures and concerts, but they also play host to the Teatrino Film Series, dedicated to screening independent Pinoy movies for P200 a ticket. You'd have to buy tickets directly at the venue or at Greenhills cinema, but you can also call ahead for ticket reservations. If you're lucky, you might just catch special Q&A sessions with the cast and director of the films after the screening! 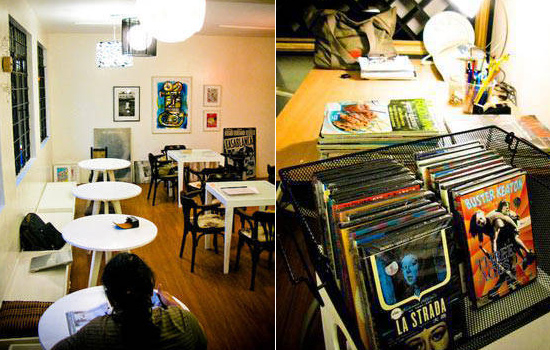 The next time you're headed to Maginhawa for a food trip, hit two birds with one stone and catch a movie, too! This cozy restaurant regularly hosts weekly movie screenings of a diverse array of genres. (Previous themed screenings include concert movies, Stanley Kubrick's filmography, and the silent films of Buster Keaton.) There's no entrance fee; all you need is to order some food and settle in with your friends. 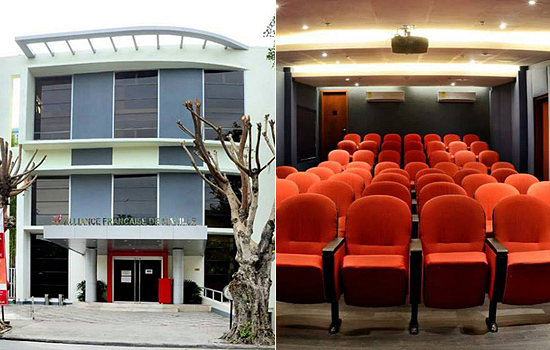 When you need to take a break from your French lessons, catch a free movie at Af de Manille's Cine Club, held in their very own auditorium every Wednesday at 8:30 p.m. They don't solely focus on French movies; they also screen Filipino indie films every third Wednesday of the month—all subtitled in English, of course. They usually post movie announcements about a week in advance, so it's best to regularly check their Facebook page for updates. 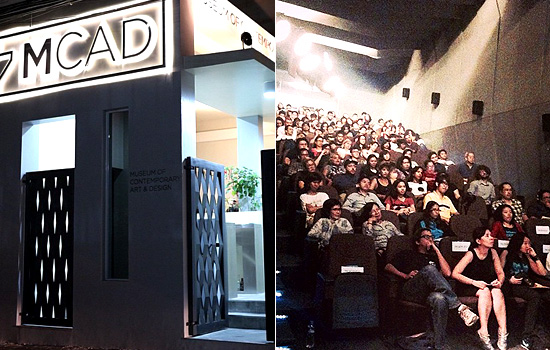 Museum of Contemporary Art and Design

Aside from the usual art exhibitions, MCAD Manila also does monthly film screenings every Wednesday and Friday at 9 a.m. and 3 p.m. Their selections are usually award-winning films and documentaries, with screenings that are free and open to the public. If you're hoping to catch a movie this January, they're temporarily hosting screenings at the DLS-CSB School of Design and Arts Cinema. They will, however, be returning to their regular venue once the MCAD reopens on February 18, 2016.

The Museum of Contemporary Art and Design is at the G/F Benilde School of Design and Arts Campus, Dominga Street, Malate, Manila. For movie schedules and more information, visit MCAD Manila's website or Facebook page. 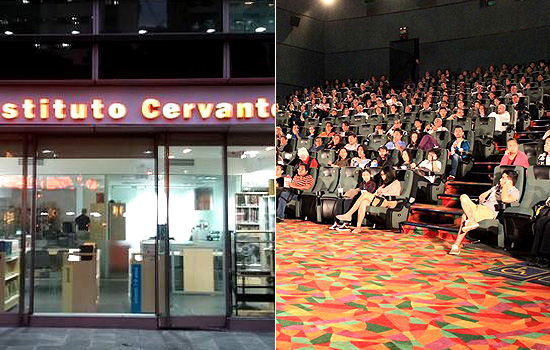 If you've kept up with Instituto's regular film screenings, then you probably already know that they've moved to a new office in Makati while their old address is the new home of the Cinematheque Centre. They won't be hosting screenings for now, but they fully intend to showcase Spanish films once they open a new branch in Intramuros this year. In the meantime, they will be hosting joint screenings with FDCP at the Cinematheque venue very soon!

Film Screenings Manila Film Screenings
Your Guide to Thriving in This Strange New World
Staying
In? What to watch, what to eat, and where to shop from home
OR
Heading
Out? What you need to know to stay safe when heading out