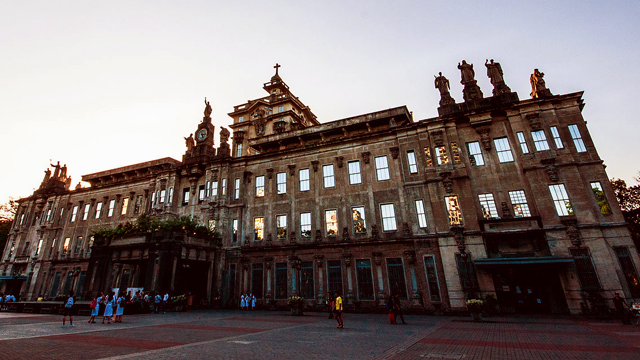 Visit if you dare!

(SPOT.ph) As a country with a rich oral tradition, the Philippines is teeming with places enveloped with tales of our , , , and other creatures in local mythology. This time, we bring things closer to home and find out more about the legends that haunt the urban jungle of Metro Manila. 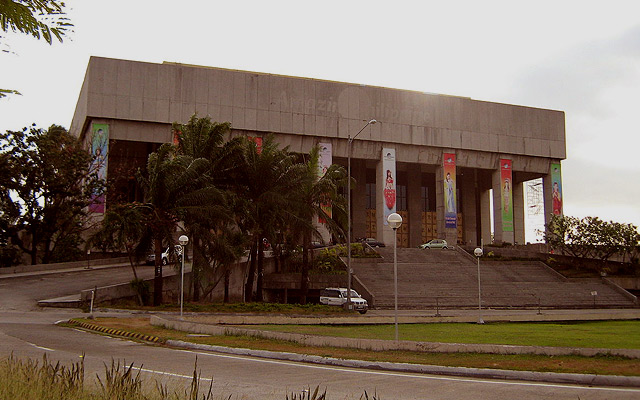 The Manila Film Center, a Parthenon-inspired edifice that was built to support the growth of Filipino cinema, is now believed to be the country's largest tomb. On November 17, 1981, construction workers who were rushing to meet the three-month deadline to complete the structure were all buried alive after the upper floor collapsed. It wasn't known how many workers died or if all the bodies were hauled out of the quick-drying cement (or if cement was just poured over them to prepare the place in time for the first Manila International Film Festival).

One popular story is that of a strange man who asked a passer-by to call his family and tell them he's all right. When the passer-by made the call, the woman on the other end of the line told the caller that her husband—the strange man—died a long time ago in the Manila Film Center tragedy. 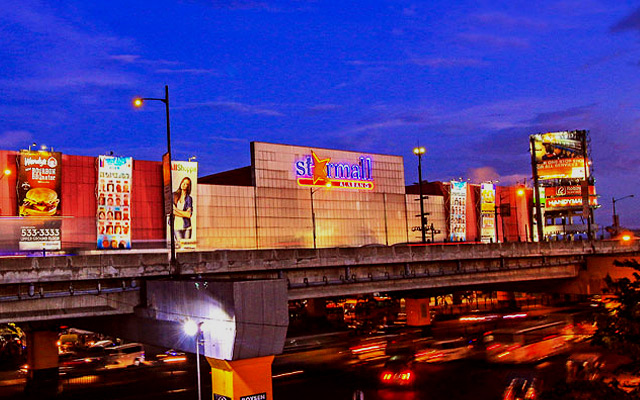 How would you feel if the mall where you'd often watch a movie used to be a cemetery? Well, Starmall Alabang stands on the former site of the Alabang Cemetery and it's highly possible that not all bones were excavated from six feet under. One ghost story tells of a couple who watched in what they thought was a jam-packed theater, only to find out later that they were the only ones inside. 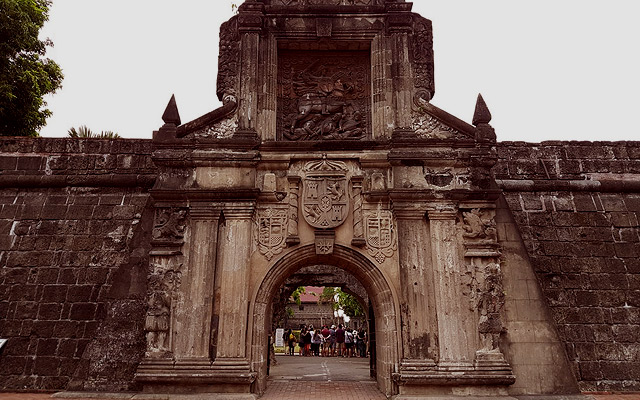 Fort Santiago, built in the 16th Century, was used as a place of torture for imprisoned Filipino guerillas by the Japanese military. It is believed that the place is haunted by the spirits of the prisoners who were drowned in the underground dungeons. Stories also claim that the soldiers' ghosts—not the actual guards dressed in Guardia Civil attire—would patrol the Walled City at night. 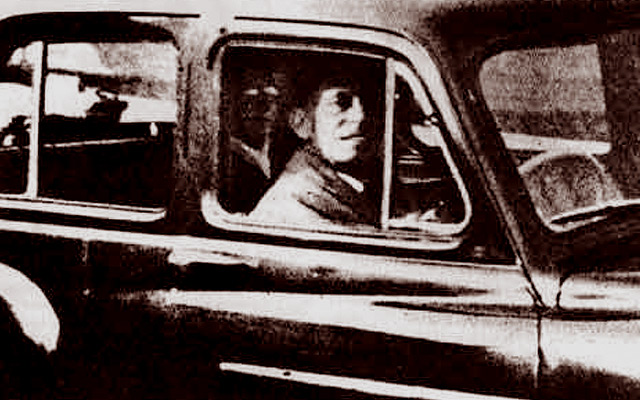 During the '80s, Concha Cruz Drive was a popular site for drag racers, most of which were young ones who were out to prove their worth. Road accidents were frequent in the area, which was later believed to be haunted because of the restless spirits that roam the road. One of which is a mysterious driver of a heavily tinted black sedan who would provoke drag racers for a challenge. After the thrilling ride, people would go up to see who's driving the car only to find a young man and woman drenched in blood and laying lifeless on their seats. 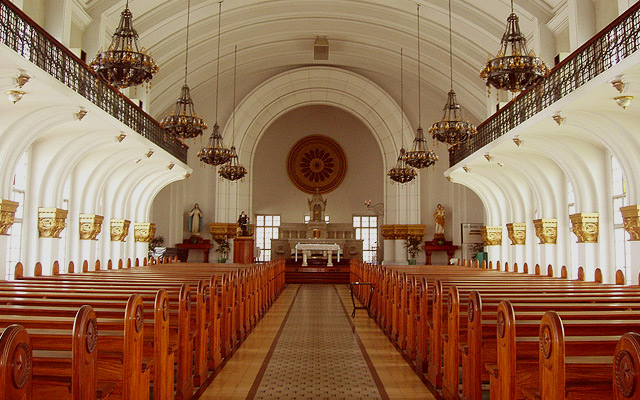 Chapel of the Most Blessed Sacrament

The Chapel of the Most Blessed Sacrament, located on the second floor of St. La Salle Hall (the oldest building in De La Salle ), was the site of a bloody massacre that happened on February 12, 1945. On that day, Japanese soldiers forcibly made their way into the school and killed and tortured many La Sallian brothers and several families who sought refuge in the building. Up to this day, students still report strange sightings of soldiers in bloodied uniform asking for help. 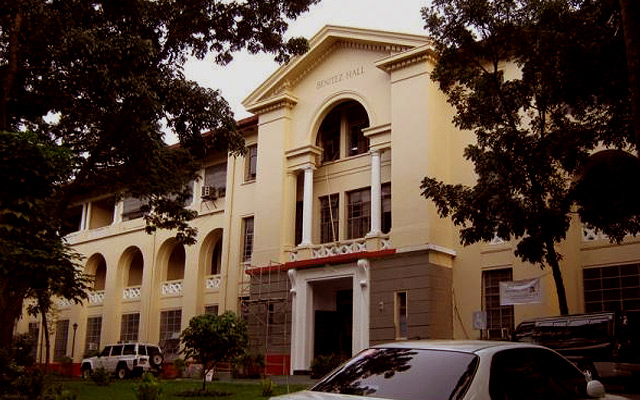 As one of the oldest buildings inside the state university, Benitez Hall (College of Education) is known for a number of haunted stories. One of which claims that former Dean Francisco Benitez is seen observing one of the new professors in her class. This stems from the urban legend that his portrait in the building is made of paint and his dead ashes. The dean supposedly comes down from the painting at night. 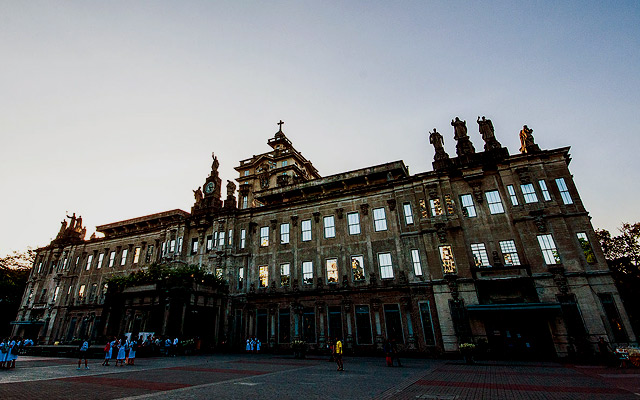 The University of Santo Tomas has been around for more than four centuries so imagine how old (and haunted) its buildings must be. The Main Building, with its towering cross perched on top, is enveloped with spooky stories, such as that of a female student who's said to have hung herself in one of the restroom cubicles. Rumor has it that those who have used that certain stall felt something tapping on their foreheads—like a dangling foot. 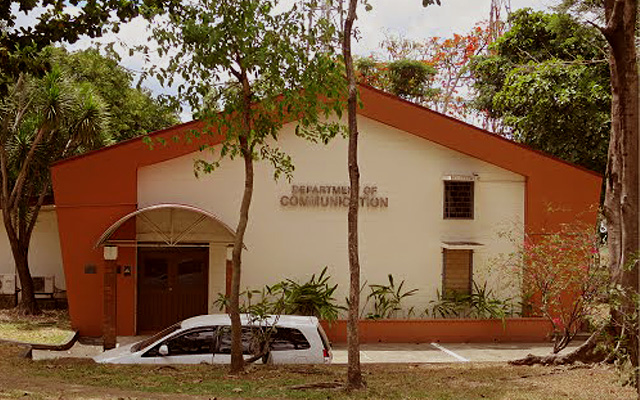 Ateneo students would often say that the old Communication Department Building is the most haunted place in the university. Ghost sightings include a mother and child figure climbing the stairs to the second floor and a deceased Jesuit priest. There’s also this story where a guard supposedly begged a janitor who was locking up the building to let him use the bathroom. The janitor would later find feces strewn around the toilet and a handprint of feces on the guard’s back—things that the guard couldn’t see. 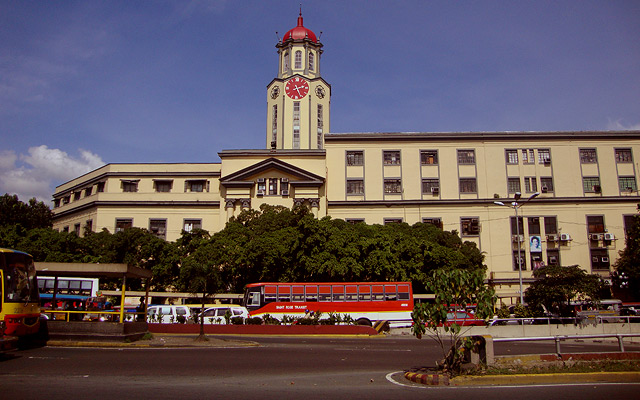 From above, the Manila City Hall looks like a casket. Employees would leave the premises before 6 p.m. to avoid encountering ghosts, one of which is that of a man believed to have hung himself to death in the city hall's famous tower. 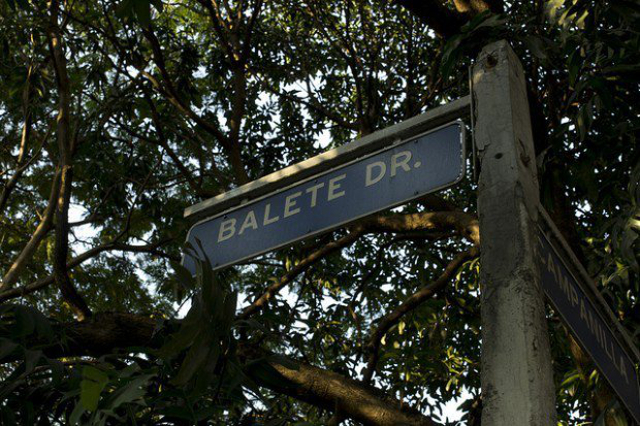 Balete Drive in New Manila used to have a gargantuan tree in the middle of the street, and we all know that the is believed to be the dwelling place of the Filipino mythological creatures and . It doesn't help that most of the houses in the area are surrounded by high concrete walls, completing that dark and deserted feel. An urban legend that has been around since the 1950s tells the story of a lady in white trying to hitch a ride from cab drivers, and then suddenly disappears.

Scary Haunted Halloween Metro Manila
Your Guide to Thriving in This Strange New World
Staying
In? What to watch, what to eat, and where to shop from home
OR
Heading
Out? What you need to know to stay safe when heading out