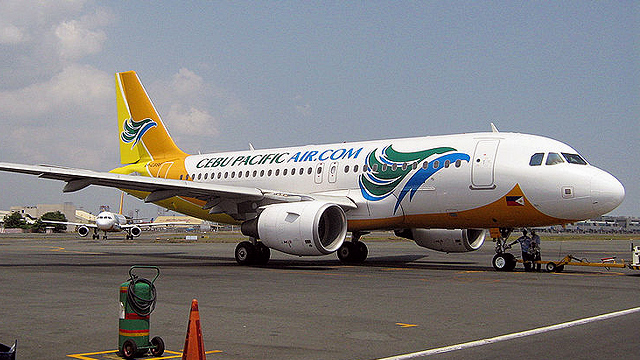 Heads Up: Local Flights May Soon Have Higher Fares

And it may mean smaller discounts during seat sales.

The Civil Aeronautics Board, the country’s aviation regulatory body, has allowed airlines operating in the Philippines to re-impose an aviation fuel surcharge to help them offset the additional operating costs due to higher jet fuel prices in the international market.

On August 17, the Civil Aeronautics Board (CAB) adopted a resolution detailing the approved fare matrix for passenger fuel surcharge for domestic and international flights. The resolution was published in a general circulation newspaper on August 30.

The fare matrix details how much fare increase airlines can impose per passenger for a one-way trip. It varies with the distance of the flight as well as the prevailing Philippine peso price of jet fuel per liter. It adopted seven price brackets or ranges for aviation gas. These range from more than P21 to less than P24 to P39 to less than P42. If the price falls below P21 per liter, the surcharge is suspended.

For example, surcharge per head for a short domestic trip that’s less than 200 kilometers in distance, such as Cebu-Bacolod, could rise to P34 if the prevailing price is between P21 and P24 per liter. If the price goes up to between P39 and P42, the surcharge also rises to P201 per passenger.

In contrast, the surcharge for a trip that exceeds 1,000 kilometers, such as Manila-General Santos, could range from P132 to P769, depending on the current jet fuel price.

The CAB reviews the prevailing aviation fuel prices every two months, and announces the allowed maximum surcharge for the coming two-month period. For September and October, CAB used average prices in June and July. It will next review the aviation fuel prices in August and September, and announce the maximum surcharge for November and December on October 15.

The aeronautics board said these measures are done to cope with volatile fuel costs and help carriers maintain revenues. Airlines, however, have to submit petitions to impose the surcharges to the board before they increase their fares.

Two of the country’s biggest airlines, Philippine Airlines and Cebu Pacific Air, already received authorization from CAB to impose surcharges in their airfares. Both companies started to increase their ticket prices on September 19.

This story originally appeared on Entrepreneur.com.ph. Minor edits have been made by the Spot.ph editors. Main photo by Mike Gonzalez from Wikimedia.