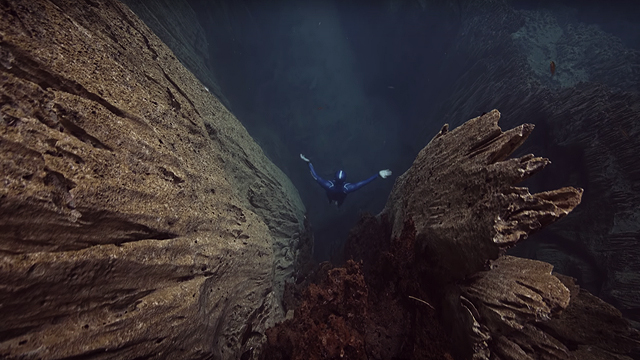 Check out Guillaume Nery's short film, One Breath Around the World.

(SPOT.ph) Yes, our beaches are gorgeous, but the Philippines also boasts a number of amazing underwater destinations. We are, after all, home to what researchers call the "Center of the center of Marine Biodiversity"—the Verde Island Passage in Mabini, Batangas. (It doesn't get more significant than that.) Knowing how incredible our deep seas are, famous French freediver Guillaume Nery is showcasing not one but three Philippine dive sites in a 12-minute video that compiles the most jaw-dropping underwater locations around the world.

The short film, titled One Breath Around the World, was released on February 2 on Facebook and has since earned 1.6 million views and 39,000 shares. Some of the most amazing parts of the video include the limestone formations under Barracuda Lake in Coron, Palawan (2:16), an underwater shot in Coron filmed using an upside-down camera trick (5:50), and shots of Davao del Norte’s Sama-Bajau people, who can hunt underwater for as long as 13 minutes at depths of around 200 feet (6:14 mark).

Filming started in April 2017 when Nery, along with his wife-slash-videographer Julie Gautier and photographer Franck Seguin, flew to some of the world’s under-the-radar dive spots. They also filmed the Yonaguni Monument off the coast of Japan (0:44); the frozen Sonnanen Lake in Finland (3:59); and Cenote Angelita in Yucatán, Mexico (4:41).

Freedivers hold their breath and go underwater for as long as they can without equipment. Nery, who has broken the freediving world record four times, can dive to 125 meters (410 feet) below sea level. His shoot in the Philippines was supported by the Department of Tourism.