Best Cities for Business and Leisure Trips According to The Economist Intelligence Unit
Loading
Already a member? Log in
No account yet? Create Account
Spot.ph is your one-stop urban lifestyle guide to the best of Manila. 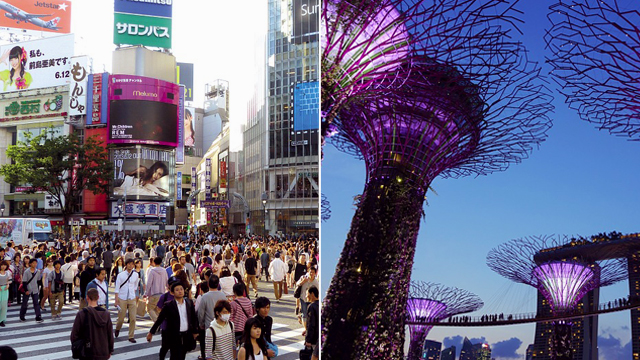 You'll get the most out of your business trips in these cities!

(SPOT.ph) Just because you're on a business trip doesn't mean you can't squeeze in a little fun, right? With all the travel opportunities offered by most corporate jobs, the concept of "bleisure" (business and leisure) is quickly gaining traction. With the right balance of business activity, high-quality infrastructure, and leisure and recreational activities, seven cities in Asia made it to the top 10 bleisure destinations in the Asia-Pacific region according to a study by The Economist Intelligence Unit.

Tokyo takes the top spot, followed by Singapore. Hong Kong ranks third alongside Sydney, followed by Melbourne in the fifth spot. The top five cities reportedly scored five stars among the business travellers who participated in the study.

China grabs the sixth and seventh spot with Shanghai and Beijing, respectively, both of which got four stars. Osaka, Perth, and Seoul complete the list with three stars.

Specific aspects of the "bleisure" experience were also looked into. When it comes to business trips, travelers seem to assess cities depending on the ease of transportation, orderliness of streets or urban areas, and the quality of business facilities. The "leisure" aspect is largely based on the available dining options, but people also look for historical and heritage sites as well as museum or galleries in the area.

One of the significant findings show the top cities for "bleisure" are not necessarily the most liveable. Wealthy cities in Australia ranked better in terms of liveability, but "drastically underperform on bleisure."

According to the survey, Manila scored only one star in terms of its "bleisure" opportunities, ranking last among the 26 countries included in the study.