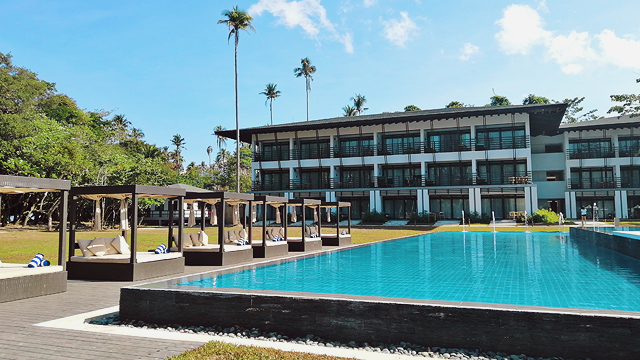 Spot Stays: This Eco-Friendly Resort in El Nido Is Perfect for Your Next Summer Getaway

This resort puts a prime on sustainability.

(SPOT.ph) El Nido, a little piece of paradise on the most beautiful island in the world (Palawan, of course), is known for its limestone cliffs, colorful coral reefs, and white-sand beaches. Suffice to say, it is a big tourist magnet and the influx of crowds probably won’t wane anytime soon. This also means the production of more plastic waste, a greater need for infrastructure, and—if we’re not careful—possible destruction of natural resources.

Ten Knots Development Corporation (now an Ayala Land subsidiary), which opened El Nido Resorts in the '80s, came prepared for the double-edged sword of tourism even before sustainability was a thing. And now that they're developing the 325-hectare Lio Tourism Estate, new resorts—such as Seda Lio—follows the same tenets that made El Nido Resorts an eco-friendly destination.

Seda Lio, which was partially opened in August 2018 and officially launched in December 2018, is Seda’s first-ever resort property. Some of its highlights, which no other Seda hotel has, are the green spaces, rows of coconut trees, and a mango tree that has been around for decades. They even have a narra tree that they’ve been trying to keep alive for as long as they can despite termite infestation, Seda group general manager Brett Hickey told members of the press during the Lio Beach Festival in March.

A total of 153 hotel rooms are distributed among the three three-storey buildings, which follows Lio Tourism Estate’s policy to keep structures lower than the surrounding coconut trees. (There’s a maximum of two floors if it’s near the beach, such as the food and retail spaces at Shops@Lio; and a maximum of four floors for inland structures, such as Seda Lio.)

At the center of this expanse is a huge swimming pool divided into three parts: A lap pool at four feet, a kiddie pool at three feet, and a wading pool at two feet. You’d be surprised that this beachfront property, like the rest of Lio Tourism Estate, is 40 meters away from the shore—twice as much the prescribed setback from the high tide line by the local government. This means being able to enjoy the stretch of Lio Beach without having to deal with awkwardly placed structures. If you have a beautiful beach, a luxurious room with a view, and a huge swimming pool, would you ever want to come back to the four walls of your office? We all know the answer to that one.

How to get there: The best way to go to Lio Tourism Estate is via a one-hour direct flight from Manila to El Nido through AirSwift. Shuttle transfers are available from Lio Airport to Seda Lio.