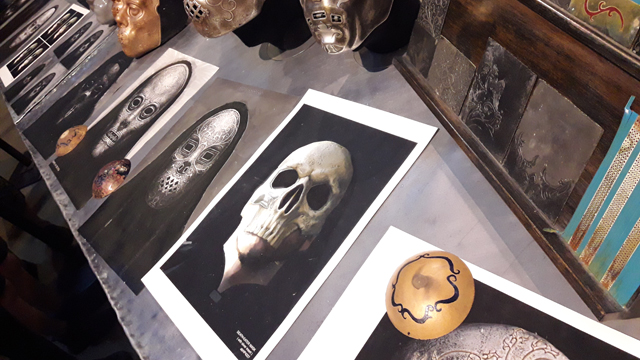 Attention, Muggles: Here's How You Can Spend Halloween at Hogwarts

We know you're still waiting for that letter.

(SPOT.ph) If there’s one place on earth that’s celebrating Halloween in a truly “spooktacular” way, it’s the Warner Bros. Studios in Leavesden, United Kingdom—where all eight Harry Potter films were made. And if you ever find yourself that side of the world, then might as well drop by Warner Bros. Studio Tour London: The Making of Harry Potter attraction, which is right inside the studio. It's also where you can join fellow muggles in a Halloween feast through the Dark Arts tour, which runs until November 10.

What’s exactly happening? For one, the Great Hall is decorated with over a hundred floating pumpkins, just like in the films! But it’s not all fun and games. Death Eaters roam the halls of Hogwarts, the busy streets of Diagon Alley, and the many floors of the Ministry of Magic. You can challenge them in a duel—don’t worry, stunt choreographers are around to help and you can loan a wand to help you in this once-in-a-lifetime picture-worthy battle.

And just in case—for some reason, you’re a big fan of the Dark Lord and his minions, members of the Harry Potter Art Department are also around to demonstrate how the intricate Death Eater masks were created. The 2019 edition of the Dark Arts tour is also the first time that costumes worn by all four house guests are on display at the Great Hall. In a corner of the Forbidden Forest, there are also demonstrations of how troll bogeys were made for the first film.

Special items only available during the Halloween season are also for sale. This includes black monogrammed notebooks, Death Eater-themed clothes, jewelry, and more!

The Warner Bros. Studio Tour London: The Making of Harry Potter opened in 2012, right after the films finished packing. It displays thousands of props, costumes, and sets so that Harry Potter fans could relive the films and experience the magic of filmmaking first-hand. After the Dark Arts tour, the studio will celebrate the Christmas season with a yuletide feast at the Great Hall.

Hogwarts London United Kingdom Halloween Harry Potter Seasoned Savvy Adventurer
Your Guide to Thriving in This Strange New World
Staying
In? What to watch, what to eat, and where to shop from home
OR
Heading
Out? What you need to know to stay safe when heading out