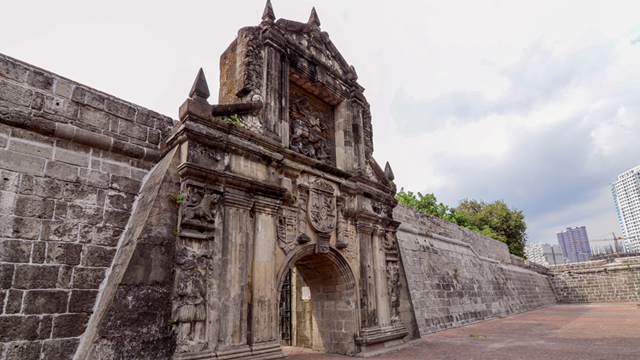 It's happening on Sunday.

(SPOT.ph) There have been numerous efforts to bring Manila back to the glory of its heyday: lighting up the streets, clearing the sidewalks, and organizing events to make people explore more of the city’s undiscovered gems and, often, forgotten heritage sites. Credit these revitalizing efforts not only to the city’s governance under a new mayor, but also to the initiatives by creative groups and entities. Walking tours are one example, and this month, Puesto Manila presents Intramuros Present and Future: The Puesto/WanderManila Anniversary Tour, happening on November 10 at 4 p.m.

Launched in November 2018, Puesto seeks to shine new light on the Walled City and its vibrant community through exciting activities to celebrate the past year. They’re doing what they call a “barter tour,” which anyone can join in exchange for a bottle of beer or wine. You'll only need to pay the entrance fee (P75) at Fort Santiago.

The walking tour aims to show that there is more to see and experience in Intramuros, such as hidden eating spots and snack finds you probably never knew existed: the burger shop inside the Bureau of Immigration, the barbecue beside Fort Santiago, and the café inside the Manila Bulletin office, to name a few. The tour starts at 4 p.m., with Puesto along General Luna Street as the starting point.

The Puesto/WanderManila Anniversary Tour is on November 10 at 4 p.m. at Puesto Manila, Intramuros, Manila City. For more information, follow Puesto Manila on Facebook.