Things to Do at Home for the Weekend of August 29 and 30
Loading
Already a member? Log in
No account yet? Create Account
Spot.ph is your one-stop urban lifestyle guide to the best of Manila. 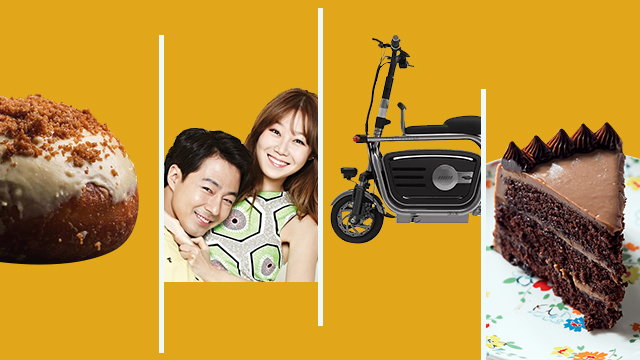 Another long weekend, another round of fun.

(SPOT.ph) What do you know...it's another long weekend! You know what that means: it's time to rest and pamper yourself a bit. Since you've got extra time on your hands, why not check out some new things and try new activities? On our radar are things to watch, munch on, and get busy for the next three days (and beyond).

A few of our recommendations for a worthwhile weekend:

Get into that other It's Okay Korean drama.

First things first: We’re not confused. We know most of you have watched the recently concluded Kim Soo Hyun series It’s Okay to Not Be Okay, but allow us to introduce you to that other It’s Okay K-Drama, one that was released in 2014. It’s Okay, That’s Love stars Jo In Sung as Jang Jae Yeol, a successful author-slash-DJ who has obsessive-compulsive disorder and a complicated family history. He crosses paths with Ji Hae Soo (Gong Hyo Jin), a psychiatric doctor who also has problems of her own. The two fall in love, but they have to get past their personal struggles in order to make their relationship work. If you need any more convincing, we're here to tell you that the show's soundtrack is the bomb.

Channel the entertainment geek in you with this podcast.

Movie buffs and serial binge-watchers, you might want to take a break from all the watching and listen to a podcast that is still very on-brand, for a change. Endslate is a pop-culture and entertainment podcast hosted by filmmaker Quark Henares, producer Mel Lozano-Alcaraz, and Philippine Daily Inquirer critic Ramon de Veyra. Their first few episodes revolved around '90s movies, Oscar-winning flicks, and a bit of a sidetrack to K-Drama (with Crash Landing on You), and frequently had filmmakers over as guests. More recent episodes featured journalist Maria Ressa and Ramona Diaz to discuss the intriguing documentary A Thousand Cuts, as well as the cast and director of Gameboys, the first Boys’ Love series in the Philippines. They also had an episode that tackles serial killers, movies like Silence of the Lambs and Se7en, alongside capsule reviews of The Umbrella Academy and Relic, among others.

Poison Coffee & Doughnuts’ new lineup of pastries takes inspiration from kakanin, in celebration of Buwan ng Wika. Take your pick from Maja Blanca Doughnuts (P105) which has creamy coconut pudding, corn, and langka, topped with latik crumble; Mangga't Suman Doughnuts (P105), filled with mango-coconut mousse with latik and rice crisps; and the Macapuno Doughnut (P105), with macapuno custard and buttery crumble. These are all available at their Karrivin outpost, but you can have these treats delivered by ordering directly (book your own courier) or by placing an order via GrabFood or FoodPanda.

Savor a cup of drip coffee.

Can’t survive without caffeine? Try these new drip-bag coffee flavors from local brand Caldi Drip Coffee. Choose from the Guatemala Blend (P350/box of seven) or Prime Blend (P250/box of seven): The Guatemala Blend is a medium-dark roast using strictly hard bean Arabica, with tasting notes of almond and dark chocolate, among others. On the other hand, the Prime Blend makes use of coffee grounds sourced from Laos, and is recommended for fans of dark and full-bodied coffee. It has tasting notes of almond, caramel, cocoa, and hazelnut. You can order via BeautyMNL, Lazada, and Shopee.

Social gatherings are still prohibited, and many have been celebrating birthdays at home. Is someone in your household about to celebrate his or her quarantine birthday? Pop a surprise with this Bubble Surprise Box (P2,299) from Confetti Parties: It's a helium-inflated balloon filled with feathers and a ribbon enclosed in a surprise box full of confetti and mini balloons. You can customize the text on the balloon with several color options: gold, silver, white, light pink, bright pink, light blue, and neon blue. To complete the party preps, you can also get tableware, personalized banners, and more from these online shops. Have fun!

Get some good vibes from anime.

It’s easy to equate anime with the more action-packed titles like Naruto or Sailor Moon, but Netflix has added plenty of picks that are more known for being visually stunning. Weathering With You is a 2019 film that’s earned critical favor as well as scores of fans for its beautiful art and heart-warming story. Just the thing for a chill, low-key weekend.

Immerse yourself in an audiophile’s world.

There’s something about listening to an album on a record player that’s more relaxing than choosing a digital track on your phone—besides the fact that the sound is richer, too. In this story from our archives, Clinton Palanca explores the fascinating world of Rene Rivo, a rock star among audiophiles for his talent at restoring and building custom-made audio equipment. They don’t call him “master” for nothing.

Ah, the magical properties of chocolate. It has the power to soothe frazzled nerves or banish the blues, and really it seems like it can do that 10 times better in cake form. Not sure where to get a good one nowadays? We’ve put together a list of places where you can order the best chocolate cakes in Metro Manila, and get them delivered right to your door. Ready your forks!

Take your pet pooch out for a ride.

A bicycle is a great investment for weekend fun aside from getting much-needed exercise, and electric bicycles help make it manageable even for those who aren’t necessarily in the best shape. You don’t even have to worry about not being able to take your favorite furry friend with you—this pet-friendly e-bike is as functional as it is cute.

Get to know one of Metro Manila’s most colorful neighborhoods.

Malate has always been one of Manila’s most interesting districts, and even if you can’t actually go there right now, there’s plenty to learn about its architectural gems. Find out what makes Malate Church so important, and see the Art Deco wonders of the Rizal Memorial Sports Complex, the only coliseum of its kind in all of Southeast Asia.

Weekend Roundup Adventurer Savvy Seasoned Guide Caldi Drip Coffee Its Okay Thats Love Poison Doughnuts Endslate Confetti Parties Malate Yidi E Bike Chocolate Cake Rene Rivo Evergreen Weathering With You
Your Guide to Thriving in This Strange New World
Staying
In? What to watch, what to eat, and where to shop from home
OR
Heading
Out? What you need to know to stay safe when heading out