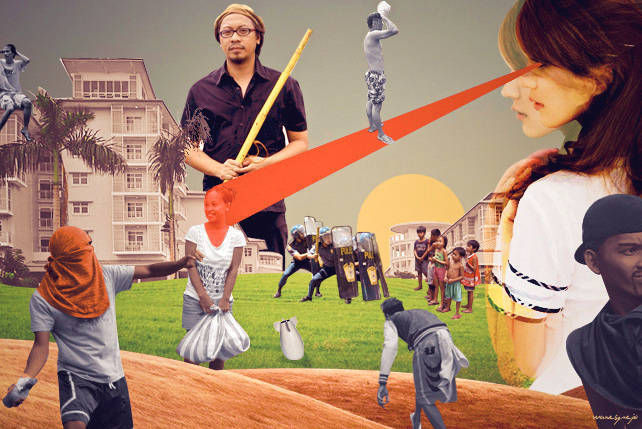 Or, the issue of informal settlers from the kolehiyala's point of view 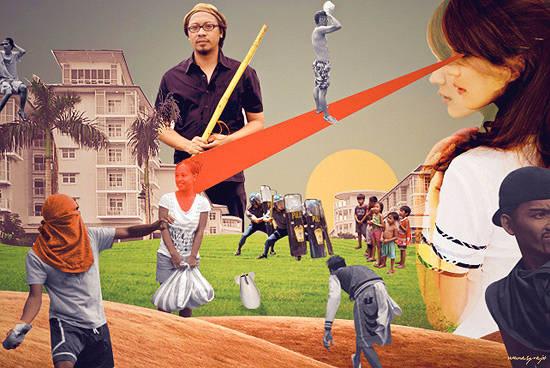 (SPOT.ph) That's true, you know. Why do we have to baby them, ba? I mean, oh-em-gee! Making benta-benta the boiled corn and fishballs that we make tusok-tusok isn't really the same level of work as in a modelling agency or DJ-ing.

After all, those communities are nothing but breeding grounds for, you know, snatchers and prostis. I mean, I don't mean to generalize but the putas living on Agham Road aren't really the same as the sluts in, say, Opus or Borrrrrough. Sosyal pokpoks don't really have to charge P2,500 for a pop. You just have to buy ’em drinks or make them bola with books that make them feel smart. Like 50 Shades of Grey.

Not just thieves and sluts. Like our drivers. My god, they're so stupid, ’no? Take mine, for instance. He drives our Fortuner as if it was a freaking jeep. Helllooooo? Car mo ’to, kuya? If it gets bangga, we'd be the heartless kontrabidas naman if we shave the repair costs off your sahod. Not fair talaga. And if the car's in the shop, such a hassle naman to take the taxi. If you can get one, especially, at two in the morning at High Street. Cabbies are such jerks. They always make you taga. Kapal!

No wonder our traffic's fucked up, ’di ba? It's because these guys can't stay in one lane. They keep making singit-singit, and it’s like they drive with their horns and balls or something. That's the reason why traffic's bad in Manila. ’Cause most drivers of these public utility vehicles are slum dwellers, that's why. I mean, I hate to generalize, but... ’di ba? That's the result of a lack of education and basic manners.

And not just the drivers. But everyone else. They. Are. EVERYWHERE. They jump over the fences in the middle of Commonwealth. See how tamad they are?! Why can't they use the overpass? What, they're gonna be late for their stockholders' meeting?

Who is this Joey Lina guy, anyway? I hear he's to blame.  And, is that even his real name? It sounds like some silly screen name for a male starlet on ASAP.

Have you ever watched the news? I try not to cause it's so depressing but sometimes I see it, and It's in these squatter areas where crimes usually happen- drugs, rape (usually it's dads raping their 6-year-old daughters. Yuuuuck!!! Kill me now!!!), theft, robbery, and stuff. And then they steal their kuryente and cable. Have you seen them on cameras? Tattoos, fake Lebron jerseys and caps, yellow teeth, and skin that looks like the leather you'd buy at 168. Come on. I mean, if they're gonna do drugs, coke na lang ’no, not naman shabu! Have some dignity naman, guys.

They're not really kawawa, noh. I think that if they only worked hard enough, they'd all go on to be Lucio Tans, Henry Sys, Lucio Cos and all the other powerful tycoons who have worked their butts off. I mean, if maybe they only made tulak-tulak their karitons a little further, they'd be on the Forbes Richest List. Rags to riches dapat! I know right?! I'm sure everyone can do it if they only put their mind to it.  But they're so tamad kasi. Like, I'm sure if their kids just studied hard enough, they'd all get scholarships to THE Ateneo or something. I dunno, or maybe if they're tall enough, they can get basketball scholarships in one of those schools in Recto where the tuition's relatively cheap and you don't really have to pass the entrance exams to play. There's a slum, I mean, informal settlement area nearby lang naman, ’di ba? O, eh di they don't have to take public transpo anymore. They can walk. They're sanay naman, I'm sure. ’Cause you know, clean air.

’Di ba, perseverance and persistence would get you out of the slums? Don't they watch those old Pinoy movies on Cinema One with like Sharon Cuneta when she was thinner or something? They should, right? Because it's exactly the kind of stuff that inspires them.

There's something about places like these that breed the worst forms of scumbags.

I mean, the filth and all that. Soooo dirty,  gross. Did you see the demolitions on TV? Did you see what they throw at the cops, aside from bottles and rocks? Shit. And I don't mean that as an expletive, but that's literally what they use as projectile. As in they're throwing their shit. I can't take it!!! Kadiri, di ba? These squatters, I mean, informal settlers talaga.  Ewww.

Why do they insist on living under such conditions? First of all, is keeping your surroundings clean such an impossible chore? Just because your surroundings are disgusting doesn't mean you, too, have to resign yourself to a porcine- that means, "pig-like," Google it- existence. I've seen them on those depressing documentaries on TV. They make tae in rivers, if not crap straight into plastic bags that they hurl to God-knows-where. I read somewhere that they call it 'UFO.' Dis-gus-to.

The nerve of these people. Look at them all so tough and defiant against city demolition orders. As if! They're the ones who are matapang pa. So yabang! I bet you my iPhone 5 that these people don't pay taxes. How can they naman, no? I'm even thinking that those who don't pay taxes shouldn't be given the right to vote. They're exactly the reason why the likes of Erap, Lito Lapid, and Nancy Binay always win.

And here's the thing. Our government tries its friggin best to move these people out of the slums into these relocation sites, but what to they do? Instead of saying "thank you" they just whine and whine on about how they're so layo from their sources of livelihood. Like, what do they really want, mehhhnnn? A free shop in Rockwell or Greenbelt 5? And at least those relocation sites in Laguna and Rizal look a hell of a lot better than the dumps they dwell in. I mean, look guys, cement! And toilets! Dyahe naman, ’no, if we give them free units in Rockwell or Serendra. Hello?

Informal Settlers Squatters Relocation Lourd De Veyra
Your Guide to Thriving in This Strange New World
Staying
In? What to watch, what to eat, and where to shop from home
OR
Heading
Out? What you need to know to stay safe when heading out