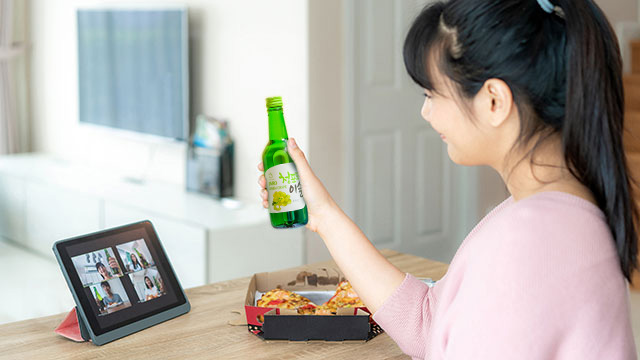 If, like many of us, you’ve spent the better part of this year binge-watching K-Dramas, then you’ve probably picked up a couple of things about Korean culture. For example, you may have noticed that in Korea, there's a rich culture of social drinking, especially where soju is involved. Think about K-Drama scenes where characters get together and drink, whether to celebrate a win or to nurse a broken heart.

Many times, in these K-Dramas, the characters don’t just drink—they also play drinking games, which happen to be an important aspect of Korean drinking culture.

But the best way to understand why drinking games are so popular in Korea is, well, to play them yourself, with friends. Here are five such games that you can try at your next e-numan, where you can bust out the finest soju and school your barkada:

Here's another great game to start the night with! Crack open a bottle of soju— and you'll find that its bottle cap has a loose part sticking out from the bottom. Twist that part until it's straight and stiff, protruding outward from the bottle cap. Then, players must take turns trying to flick that part until it falls off of the bottle cap. The person who manages to flick it off wins, and then everyone else must drink. If you're playing this at an e-numan, everyone can use their own bottle caps—but obviously, the honesty system applies. No cheating! 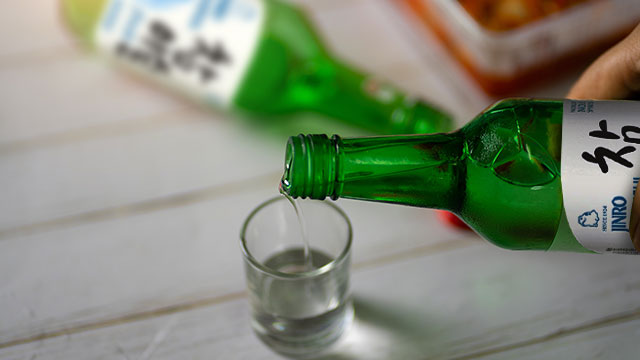 Once you've got a bit of a buzz going, take things up a notch with this more difficult game. Everyone at the table (or in the video call) counts up from one, each person taking turns saying a number out loud. But instead of being said out loud, the numbers 3, 6, and 9 are represented by a clap. The same goes for all numbers ending in 3, 6, and 9. When you reach the 20s, claps are doubled; then, by the 30s, claps are tripled, and so on. Anyone who makes a mistake—you guessed it—takes a shot of soju. For this game, consider a flavored soju, like Jinro Strawberry, so it's easier to get off to a running start.

This game is also called Titanic, but by any other name, it's the one to play when you're ready to up the ante. Start with a large glass half full of beer. Then gently place a smaller soju glass inside that large glass, making sure that it floats on the beer. Players then take turns pouring soju—preferably a clean, clear soju like Jinro Chamisul Fresh—into the smaller glass until it sinks. At this point, the submarine has sunk, and you've just made somaek, a beer and soju cocktail. You can probably guess what happens to the person who sinks the submarine. Bottoms up—geonbae!

Here's another one to play earlier in the night, when everyone still has their wits about them! It's named after mandoo, or Korean dumplings, and is a lot like rock-paper-scissors, but with a math twist. Everyone begins by holding their fist out in the shape of a dumpling and chanting to the mandoo rhythm. At the end of the chant, the first player shouts out a number that must be a multiple of five, and at the exact same time, each player either opens or closes their fist. An open fist stands for five, and a closed fist stands for zero. Count the total and if it matches the number that the first player said out loud, that player gets to skip a drink. If it doesn't, well, that player must drink, before letting the next one take their turn. This game gets more difficult as the number of players goes up, so it's perfect for big groups of seven or more.

The great thing about these Korean drinking games is that they all have only two main requirements: a group of people to drink with, and, of course, soju. And if you're looking to play these games the legit way, consider stocking up on Jinro, the number one selling spirits brand in the world in 2019 according to Drinks International.

Soju is an essential part of why all these games are so fun. It's central to Korean drinking culture, and is a staple for fun hangouts in Korea and beyond.

So if you're getting together with your barkada for the holiday season and are planning an authentic Korean celebration, consider playing any of these games with Jinro Soju. Whether neat or mixed into cocktails, Jinro is great for fun gatherings, with games and the company of friends. 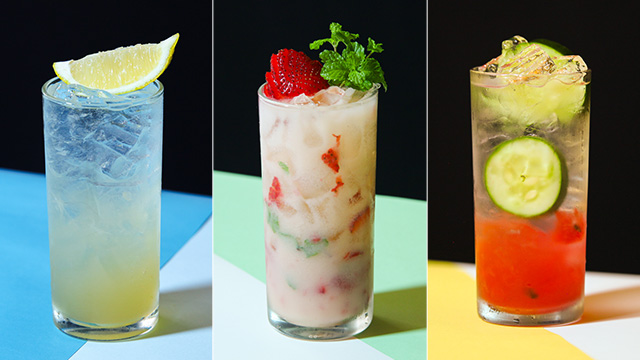