Home for the Weekend? Stream These Shows

Kick back, relax, and stream.

(SPOT.ph) Gone are the days of rushing home to catch your favorite TV series for 23 weeks in a row! Now we have online streaming services for that, and you can watch it even when you’re stuck in traffic. Still, shows are best enjoyed on a larger screen when you’re lounging at home with the fam or the gang.

We know you're always on the lookout for new things to binge watch, so here are the seven things, new and old, that we know you would enjoy.

If there’s a show that has come back from the land of canceled TV series that you need to know about, it’s Sense8. It involves a group of eight men and women who suddenly find themselves with a psychic link with others from around the globe. Sounds like another run-of-the-mill superhero team series? Not really. It’s actually about being open to other cultures and inclusive of different backgrounds. Thanks to its incredible fanbase, Netflix has granted the show a two-hour finale after its third season was canceled.

In such harsh political climes, dystopic dramas are not far from our minds. Cue Designated Survivor. This Netflix Original takes you to a world where all but one member of the United States government survives a terrorist attack and unceremoniously becomes the president. The titular character then has to rebuild the institution from the ground up, and not without struggles.

Were you a child of the '80s? Then this Netflix remake will hit very close to home for you. If not, you can rediscover the world of women’s wrestling through this lighthearted comedy. The Gorgeous Ladies of Wrestling (GLOW) call to mind the antics of pro wrestlers—big personalities, outlandish costumes, questionable acting and stage direction—but with a distinctive feminine flair.

Secret Diary of a Call Girl

Just from the title alone, you already know that this series is going to be juicy. It follows the life of a seemingly ordinary girl with a big secret. Hannah Baxter lives an alternate professional life as Belle who earns her living by the hour. As it goes with all these types of shows, nothing stays hidden for too long. How will she keep her work life away from her personal life?

If you're a fan of local romantic-comedies, you'll dig this one. This flick has a title that pretty much sums up the struggles of a single girl on the prowl for a man. The good news is that it’s now streaming on HOOQ, and you can finally find out how she gets herself out of that dating rut. Or does she?

Let’s not forget the kids and kids-at-heart. Phineas and Ferb is all about the power of imagination with a side of sibling rivalry and espionage. It’s summer break and these two boys build the craziest inventions and get into all sorts of trouble with their older sister Candace. Did we mention they have a pet platypus that secretly saves the world from a not-so-evil mad scientist?

Which of these shows will you be binge-watching this weekend? Enjoy all-day streaming at fast speeds with Globe At Home GoBig plans! Sign up now and get a free landline plus free subscription to Netflix and Disney Channel apps. 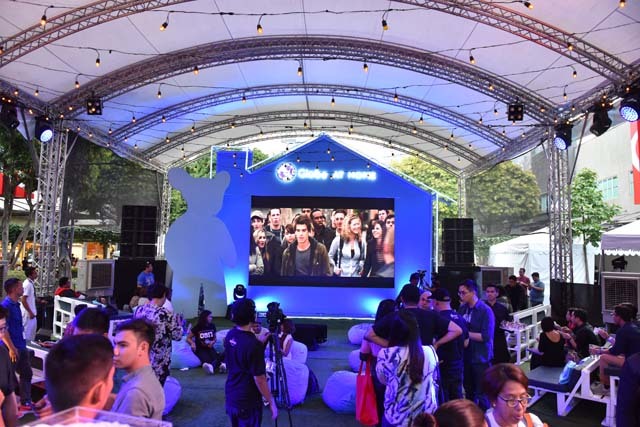 If you're a fan of streaming series and movies in the comforts of your home, then you should seriously consider getting Globe At Home's GoBig plans. GoBig 1299 gives you 5Mbps, 300GB, which allows you to watch up to 300 movies. Meanwhile, GoBig 1599 gets you 10Mbps, 400GB—good for watching up to 400 movies. Both plans come with additional 100GB for YouTube streaming.

MORE FROM GLOBE AT HOME