Jett Pangan, Menchu Lauchengco and Markki Stroem star in rock musical Next to Normal, March 11 to 27
Loading
Already a member? Log in
No account yet? Create Account
Spot.ph is your one-stop urban lifestyle guide to the best of Manila. 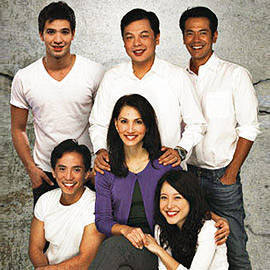 Jett Pangan, Menchu Lauchengco and Markki Stroem star in rock musical Next to Normal, March 11 to 27 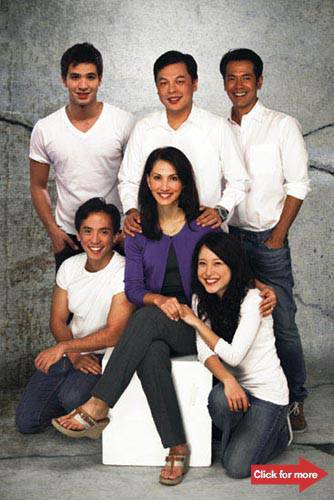 The cast of Next to Normal. Click for more photos.

Atlantis Productions opens its 2011 season with the rock musical Next to Normal, which will run from March 11 to 27 at the Carlos P. Romulo Auditorium, RCBC Plaza in Makati. Next to Normal, which earned the 2009 Tony Award for Best Score and the 2010 Pulitzer Prize for Drama, tells of a woman’s struggle with bipolar disorder and depression.

The Manila production will be headlined by musician and theater actor Jett Pangan as Dan and veteran actress Menchu Lauchengco-Yulo as Diana and take on demanding roles for musical theatre created by Tom Kitt (music) and Brian Yorkey (book/lyrics). Says Lauchengco-Yulo, "I did a lot of research [to prepare for the role]. I can't claim to totally understand how a person who is bipolar really feels but I have a greater understanding of it."

Joining Pangan and Yulo are Felix Rivera, Bea Garcia, Jake Macapagal and Pilipinas Got Talent finalist Markki Stroem. Stroem shares that playing Henry is his dream role. "The hardest part about playing Henry is being devoid of the extent of emotion showcased by the rest of the cast. I have to constantly remind myself that my character can’t be overly affected by all the problems of the family."

The production, directed by Bobby Garcia, is the first licensed English Language production outside the United States. "It is one of the most unlikely hit musicals to have ever opened on a Broadway stage, and I am thrilled that we will get to create our own unique family for this production. When I saw Next to Normal off-Broadway two years ago and on Broadway last year, I was once again excited for the future of musical theatre," Garcia shares.

Next To Normal Jettpangan Rockmusical Atlantisproductions Markkistroem
Your Guide to Thriving in This Strange New World
Staying
In? What to watch, what to eat, and where to shop from home
OR
Heading
Out? What you need to know to stay safe when heading out