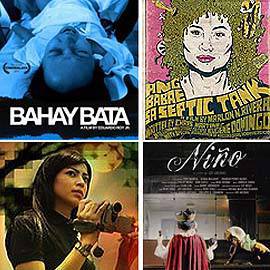 Let’s Go To The Movies: Cinemalaya is Upon Us

Mark July 15 to 24 on your calendar for all the promising films to see at this year’s Cinemalaya, says our SPOT.ph blogger. 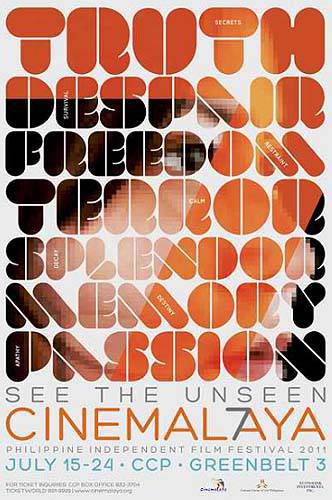 The Cinemalaya Film Festival will run from July 15 to 24 and will be screened at both CCP and Greenbelt 3.

(SPOT.ph) I must admit that I have been running around like a headless chicken these days, thus unable to make a post in weeks. But I must also admit that in between stuff, I've managed to sneak off to see a movie. Two hours of pure escape from the real world is all I need these days. And yes, I saw ﻿﻿In the Name of Love﻿﻿-I was there on opening day. All I can say is this: Carmi Martin was brills. It's her best work ever.


At the height of a stressful week, I needed a little time out-and what better way than to watch Michael Fassbender in all his hot Irish actor glory in X-Men: First Class. I thoroughly enjoyed the escape it provided, and liked it particularly for the fashion. (Here's an Elle.com interview with the film's costume designer Sammy Sheldon about the 60's inspired look of X-Men).


It felt a bit like flying coach when I went to catch Super 8 at Glorietta because it was so crowded.  I realized it was another full theatre for a Hollywood blockbuster. I wish we had similar numbers for Filipino movies, and not just the Star Cinema ones. (Speaking of which, here's the trailer for Forever and a Day, the latest Sam Milby/KC Concepcion romantic drama )

Watch the trailer of Forever and a Day

The good news is that the Cinemalaya Philippine Independent Film Festival is coming up in July and there's a lot to look forward to. This is the festival's seventh year and the biggest ever. From July 15 to 24, there are nine new full length films and ten short films which are part of the competition. There are more than a hundred films in exhibition, new sections, and best of all Cinemalaya is coming to the Greenbelt 3 Cinemas this year.


From the slew of trailers I saw, I already know that Ang Babae sa Septic Tank-the new comedy directed by Marlon Rivera and Chris Martinez-is the first on my To Watch This Year list. A movie-within-a-movie starring Eugene Domingo set in the dumpsite of Payatas: what's not to love?

There's also Alvin Yapan and Alemberg Ang's Ang Sayaw ng Dalawang Kaliwang Paa which is based on feminist poetry and stars Jean Garcia. I am most curious to see Niño, a drama by the award-winning stage designer and director Loy Arcenas, Oh, and I'm really looking forward to Rakenrol by Quark Henares, which will premiere on July 16, also at Cinemalaya.

Cinemalaya Rakenrol Quarkhenares Cinemalayafilmfestival
Your Guide to Thriving in This Strange New World
Staying
In? What to watch, what to eat, and where to shop from home
OR
Heading
Out? What you need to know to stay safe when heading out