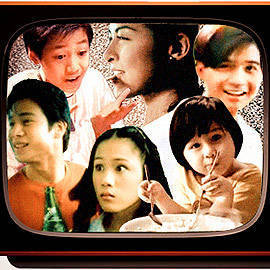 From Selling to Starring: 15 Ads that Made Celebs

See how celebs got their big break on the small screen! 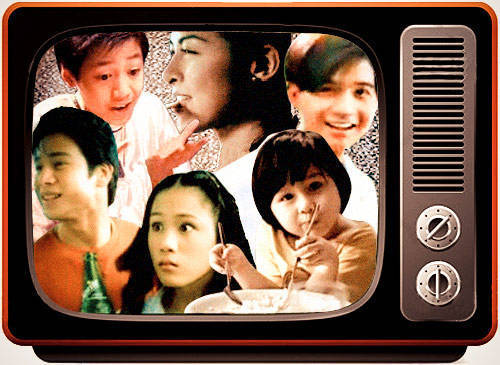 (SPOT.ph) Before reality shows and YouTube, commercials were a tried-and-tested way of getting one foot in the showbiz door. Watch these commercials for the second (or first!) time and spot the players who went on to become celebrities.

There was a time when Sprite came out with several commercials for its Magpakatotoo Ka campaign. One of the celebrities who skyrocketed to fame from there was Ryan Agoncillo. The commercial shows Ryan trapped in an elevator with a very attractive woman portrayed by Patricia Javier. Intending to comment on the warmth in the elevator, he asks her, "Nag-iinit ka na ba? A, e...are you in heat?" The question earns Ryan a resounding slap on the face.

Since then, Ryan has endorsed popular brands like Penshoppe, and has also become a talk show host, helming shows like Y Speak. He tried his hand in acting with soap operas like May Bukas Pa, and movies like My Househusband: Ikaw na!

It was through showbiz that Ryan met his wife, Judy Ann Santos.

Toni Gonzaga made the "I love you, Piolo!" line so famous, a lot of women have since used it to express their infatuation for the him, as well. In the commercial, Toni plays a young coed surprised by Piolo Pascual in a school fair, prompting her to shout out her love for the celebrity hunk.

From that one line, Toni has come a long way, with several hit rom-coms under her belt along with six studio albums. She is currently one of the hosts of The Buzz and Pinoy Big Brother .

Nikki Gil got her big break in showbiz thanks to a voice that sounds just as sweet as the soda in her very first TV commercial. The breakthrough Coca-Cola ad has her singing a song called "Sana" and giving out bottles of Coke along the way.

Soon after the ad aired on national TV, Nikki became a regular host on ASAP and MYX. She’s also recorded some songs for the Asian version of the High School Musical soundtrack, as well as starring in several soap operas, including Mundo Man ay Magunaw.

Before RJ Ledesma the magazine editor-writer-entrepreneur-stage and TV actor, there was RJ Ledesma, That Dude In The Royal Tru-Orange Commercial. In this famous ad, he plays a teenage boy sent by his mom to buy a bottle of cooking oil. When he gets to the sari-sari store, however, he doesn’t want to be caught dead buying mantika, especially not in front of the neighborhood toughie. So he buys a bottle of Royal instead. The punchline? Turns out the other boy was at the store to buy bagoong.

RJ has since graduated into taking on TV roles like Habang May Buhay’s Dr. Arden, and has tried his hand at hosting and writing. He is columnist for a men’s magazine and has published several books under Anvil Publishing, including one titled, It Only Hurts When I Pee.

In this commercial, Christian Vasquez plays a college student hesitant to tell his dad that he’d rather take Fine Arts over Medicine. Eventually, he tells his dad over the phone, and after a heart-stopping moment of silence, his dad says, "Kung saan ka masaya te, suportahan ta ka."

Though it wasn’t Christian who actually spoke the line, he’s the one who got shot to fame as a result of the commercial. Since then, he has starred in several movies and television shows, such as Budoy and Maria la del Barrio.

Before Marian Rivera’s pretty face landed her all those plum television gigs, she appeared in this SkyFlakes commercial, where she plays a girlfriend having a fit of major tampo. Her anxious boyfriend asks what he did (or didn’t do) to make her mad, and in the end, she says, "Gutom lang ako." For her pains, she is offered a pack of SkyFlakes.

Marian landed several afternoon soap operas after that ad, but her breakout role was MariMar, the first of many lead roles she’s since scored. She has also appeared in several movies, like Temptation Island 2 and Ang Panday 2. Her latest project is My Beloved.

In 1987, Alice Dixson appeared in this commercial for Palmolive soap, and introduced the "I can feel it!" shoulder pose to the cultural lexicon. The ad made her a household name.

Vic Sotto specifically requested that Alice play his leading lady after she joined a talent contest on Eat Bulaga!, and her fame skyrocketed with her role as Faye in Okay Ka, Fairy Ko. She also joined the Binibining Pilipinas and Miss International beauty pageants. Her other television and movie roles include Dyesebel, Ang Panday 2, Babaeng Hampaslupa, and Isang Dakot na Luha.

Georgina Wilson’s connection to Miss Universe 1969 Gloria Diaz (she’s her niece!) would probably have been enough to earn her a name in showbiz. But she didn’t bank on just that; she did this Pond’s commercial a few years back, opening plenty of showbiz doors for the now-ubiquitous mestiza.

The ad was just the first in a string of commercials in which she eventually appeared. Georgina also models for Bench, and she was sent to the United States to represent the brand in an episode of America’s Next Top Model.

The name of the character that Karen delos Reyes played in this iconic McDonald’s commercial? Also Karen. Tell that to her onscreen grandfather, though, who, in a fit of senility, insists on calling her "Gina," though she keeps correcting him by saying, "Karen po." The commercial ends with an "awww" moment when the lolo slices his burger in half and says, ""Ito, para sa paborito kong apo: Si Karen."

After this, Karen, or Glomirose in real life, joined Click, a youth-oriented show that aired in 1999. She then appeared regularly in several soap operas for GMA-7, including Stairway to Heaven and Machete. In 2010, Karen was one of the castaways in Survivor Philippines: Celebrity Showdown.

Before Mikael Daez started starring alongside Marian Rivera, he was the endorser of several brands and products, one of which was Jollibee’s Champ. He was also one of the models for the Philippine Fashion Week. It was during this event that someone from Mercator discovered him, and introduced him to the world of television.

Mikael has since been paired regularly with Marian Rivera, both on television and in movies, including Spooky Nights Presents: Bampirella, Amaya, Temptation Island 2, and My Beloved.

People first took notice of Rico Yan when he appeared in an Eggnog commercial when he was just a teenager. His future heartthrob status seemed to be predestined in this ad, as two young girls eating Eggnog rank boys walking by in front of them using the biscuit pieces as points. Rico Yan’s score, according to the girls? The catchphrase says it all.

Rico starred in several commercials after that, like Greenwich and Eskinol Master, and TV shows like Gimik, Mula Sa Puso, Madrasta, and Got to Believe in Magic. Plus, who could forget his showbiz pairing with Claudine Barretto? Sadly, Rico died on March 29, 2002. He was only 27 years old.

Everybody fell in love with BJ Forbes when he appeared in the Tide commercial. He was a young student whose teachers kept on doting on him for his clean, white polo shirt. In his annoyance, he said, "Ako, ako, ako, lagi na lang ako," a line that shot him to stardom.

Though he first appeared in Eat Bulaga's "That's My Boy," it was his Tide commercial that really pushed him into the world of showbiz. Tolits, as he was fondly called, became a regular on Eat Bulaga, and has starred alongside Vic Sotto in several movies. In 2006, he won Best Child Actor award for Exodus: Tales from the Enchanted Kingdom.

The overwhelming cuteness of the ad opened up showbiz opportunities for Chacha. Now, she is a regular of Goin' Bulilit, and even caused a stir in the rockstar music video that she did for the show.

Though starring in theater productions since he was little, Sam officially made his mark in showbiz when he won in ABS-CBN's Little Big Star.  While still active in theater, Sam has appeared in several movies and soap operas as he was growing up, like Super Inggo, Boystown, and Angelito: Batang Ama.

Barbie Almalbis may have starred and sang in this music-vid-slash-commercial for Close-Up, but it was Sam Milby who got the big showbiz break. In this cat-and-mouse commercial, the two meet in a bus, and proceed to stalk each other unsuccessfully. At the end of the day, though, Sam sits in another bus on the way home, and realizes he’s sitting beside Barbie. Cue an unforgettable smile, and the start of a television career.

After his stint on Pinoy Big Brother, Sam began acting and hosting. He recently starred in 100 Days to Heaven, aside from having several rom-coms with leading ladies like Toni Gonzaga, Anne Curtis, and KC Concepcion under his belt.

Ads That Made Celebs Advertisements Commercials