Catch Ciudad, Off On The Wrong Foot, and Balat at West Gallery until October 7
Loading
Already a member? Log in
No account yet? Create Account
Spot.ph is your one-stop urban lifestyle guide to the best of Manila. 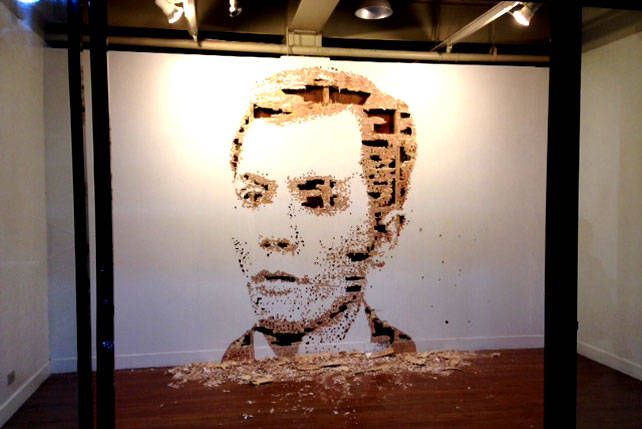 Catch Ciudad, Off On The Wrong Foot, and Balat at West Gallery until October 7

In which we learned the disturbing origin of the term "dogeaters."

(SPOT.ph) Scenes from a city, the image of a neglected hero carved on a wall, visual representations of a fascination with identity and skin color: at first glance, each seems detached from the rest, but think about it long enough, and they don't seem unrelated at all.

West Gallery features the work of Jet Pascua, Toto Labrador, and Eric Zamuco in exhibits titled "Off On The Wrong Foot," "Ciudad," and "Balat," respectively. Zamuco tells SPOT.ph that the piece, Shreds of Perception, which uses shredded rawhide dog treats, "references a much hackneyed Filipino-Missouri narrative in the 1904 World's Fair, which gave birth to the Filipinos' dogeater status." In the St. Louis World's Fair, he elaborates in his website, "a large group of Filipinos, enticed by economic opportunity, were brought over and exhibited in human dioramas. One specific indigenous group was forced to sacrifice a dog and to eat it daily." The diorama, he continues, brought about the derogatory label, "dogeater." Pascua’s "Off On The Wrong Foot" features the image of Andres Bonifacio carved on a wall, and Labrador’s "Ciudad" features photos of scenes around Manila that are both beautiful and haunting. 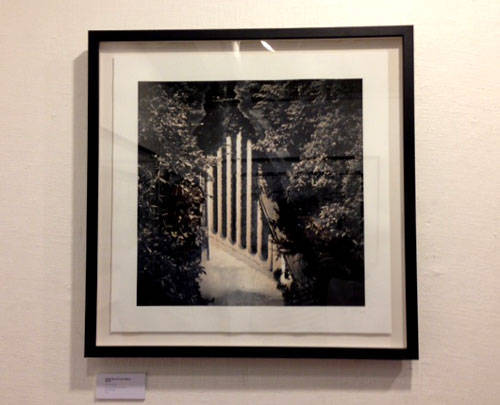 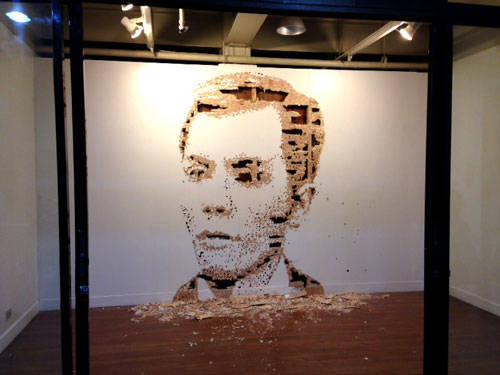 Off On The Wrong Foot, by Jet Pascua 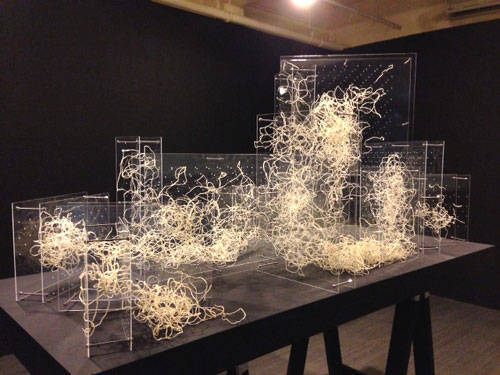 "Shreds of Perception," from Balat by Eric Zamuco

Exhibits Galleries Art Jetpascua Totolabrador Ericzamuco
Your Guide to Thriving in This Strange New World
Staying
In? What to watch, what to eat, and where to shop from home
OR
Heading
Out? What you need to know to stay safe when heading out